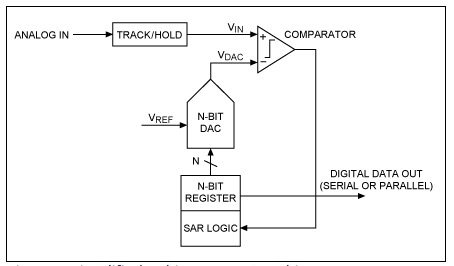 SMIC (Semiconductor Manufacturing International Corporation) is a China-based foundry with technology ranging from 0.35 micron to 28 nm, and we’ve blogged about them before on SemiWiki. I’ve been reading about SMIC recently because they created a technical presentation for the MunEDA Technical Forum Shanghai in March. They will also present this at the MunEDA User Group meetingon Nov 17-18 in Munich, Germanywith the title: SAR ADC Debug Using WiCkeD. The acronym SAR ADC means Successive Approximation Register, Analog to Digital Converter. These converter circuits accept an analog input, then create a precise digital value output at a certain sampling rate and resolution of bits. Other types of converter architectures are: pipeline, flash and sigma-delta ADCs.

A customer design fabricated at SMIC in 40 nm technology contained a 10 bit SAR ADC with low performance yield, so SMIC engineers set about to debug the source of the low yield and improve it. The ADC was producing wrong code conversion values and only reached an Effective Number Of Bits (ENOB) of 6, instead of the intended 10. Running a full SNDR (Signal to Noise plus Distortion Ratio) simulation on this circuit with 3,500 devices required tens of hours, so was not deemed efficient for debug purposes. 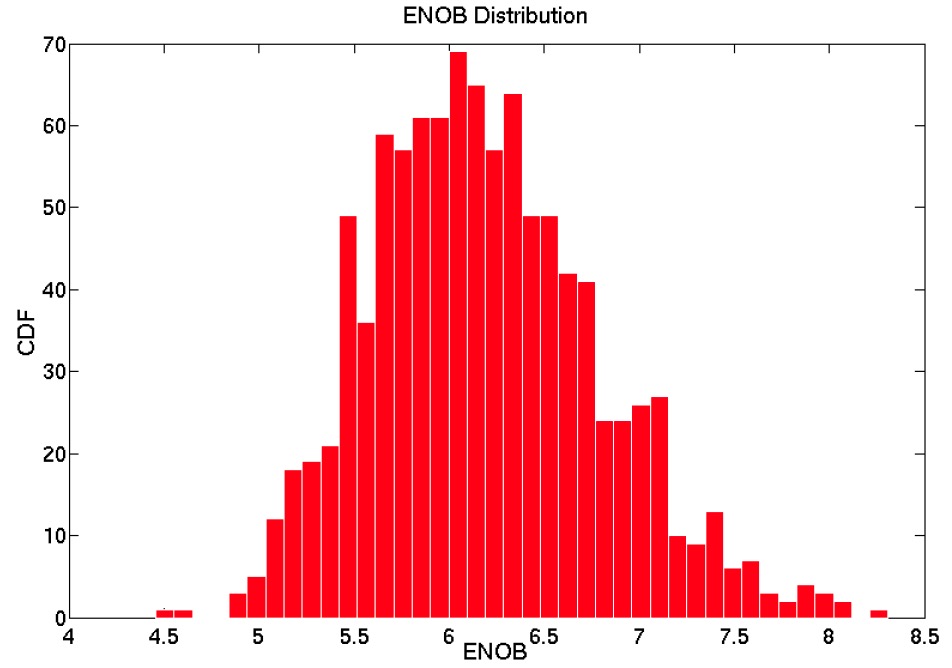 Low performance yield with ENOB of 6, instead of 10

To debug this low yield issue they used an EDA tool from MunEDA called WiCkeD where the debug flow is based upon using a fail pattern and testbench:

Differential Nonlinearity (DNL) error is defined as the difference between an actual step width and the ideal value of 1 LSB (Least Significant Bit). 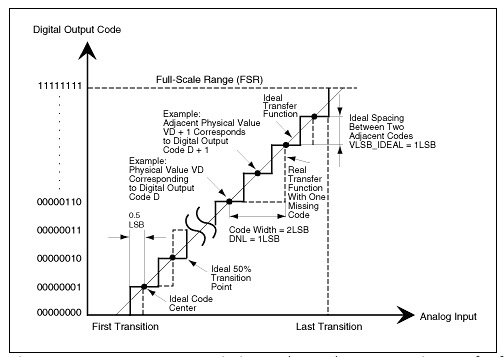 DNL must be less than 1 LSB for no missing codes 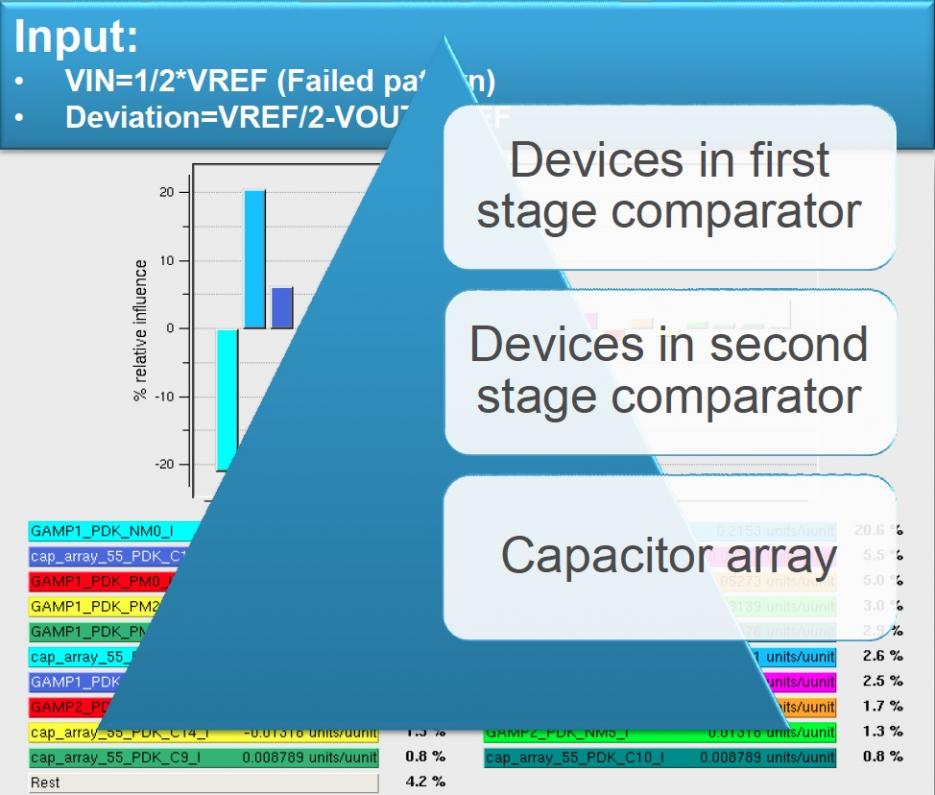 Plots were made to show the distortion behavior of each device to see if correlation was negative or positive: 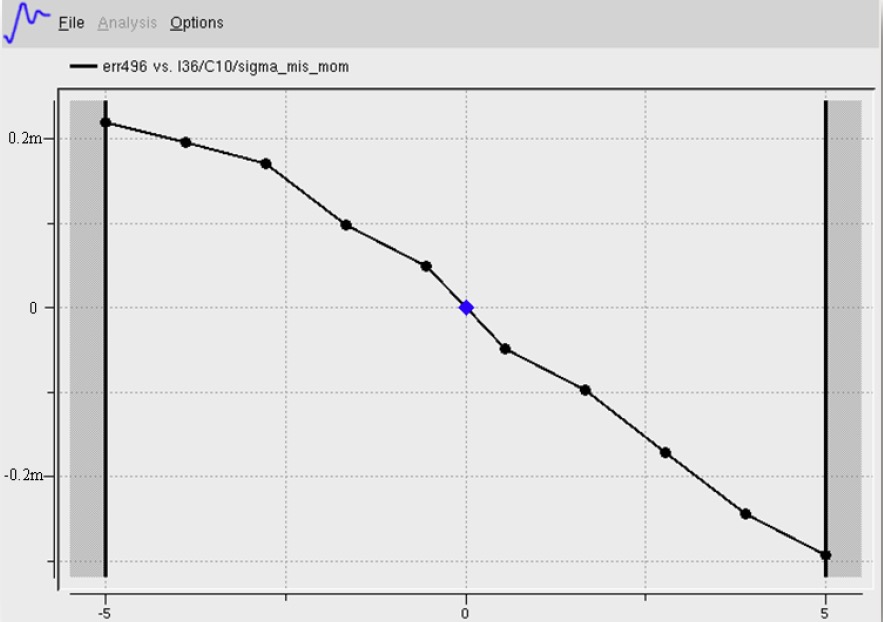 Device variation, the deviation value for code 496 caused by distortion is negative correlated 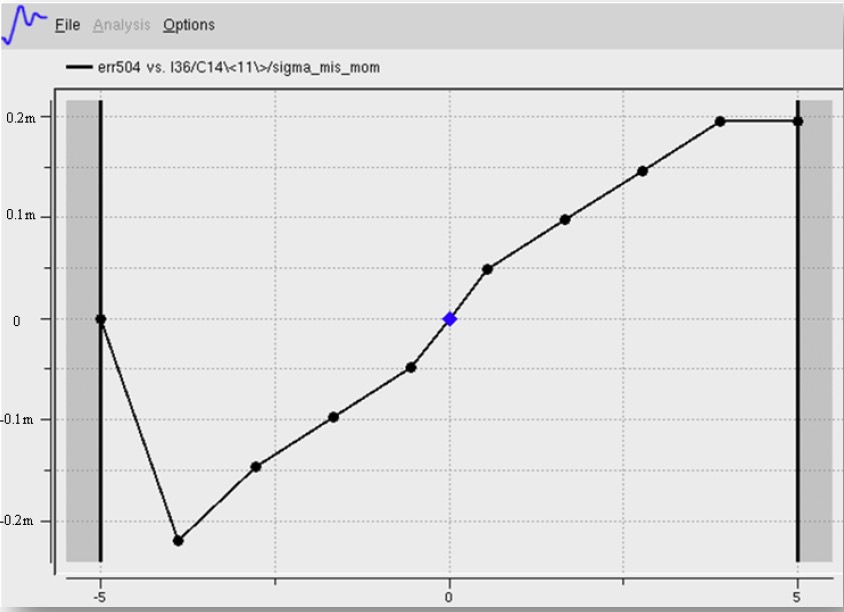 Device variation, the deviation value for code 504 caused by distortion is positive correlated

While verifying the size parameters and process parameters it was found that the MOM (Metal Oxide Metal) capacitor’s mismatch was the main cause of distortion. So by changing the mismatch variation in the MOM capacitor the simulated value for ENOB improves from 6 (Red) to 9 (Green): 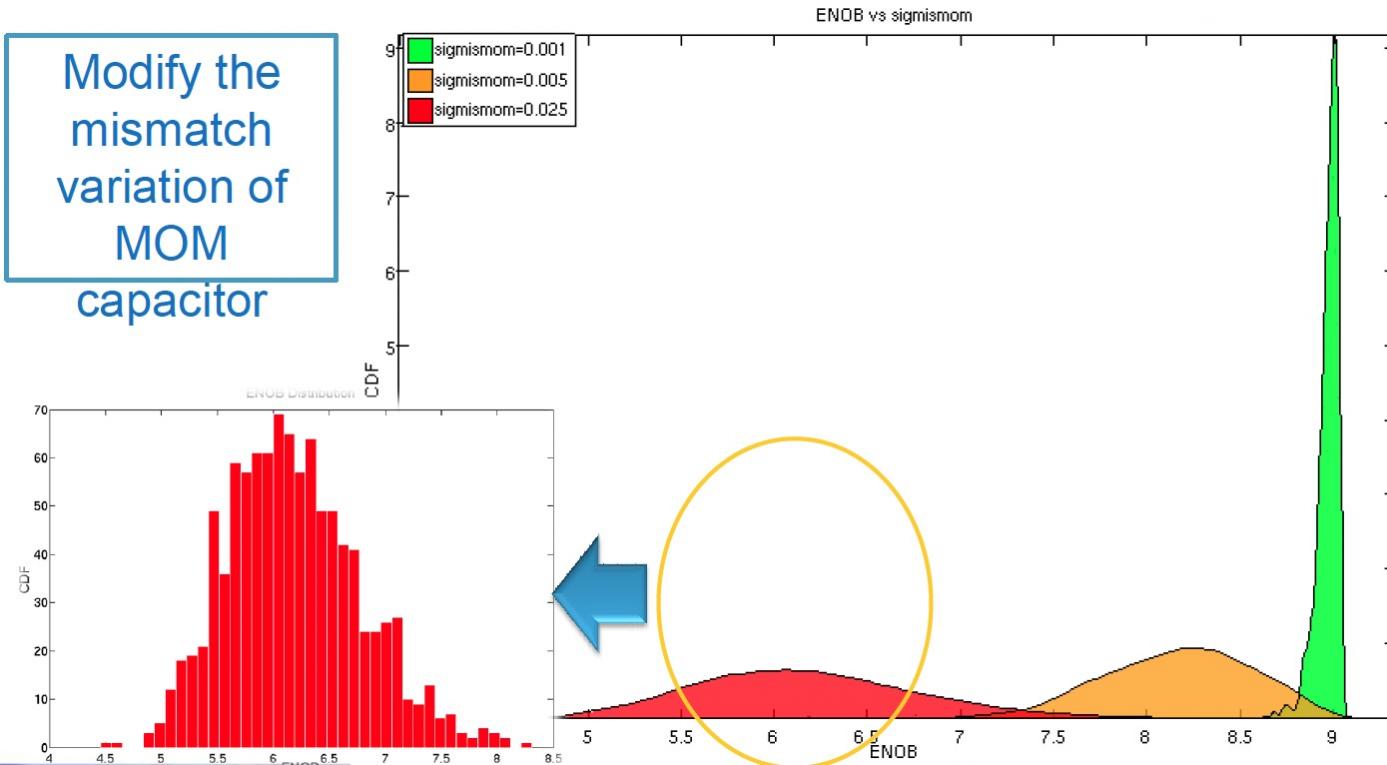 ENOB improvement by modifying the mismatch variation of MOM capacitor

A 10 bit SAR ADC with low yield was debugged using the WiCkeD tool to pinpoint the source of deviations. Reducing the mismatch variation of MOM capacitors in simulation increased ENOB significantly, proving that the issue was actually caused by the local variation of these devices. The SMIC debug strategy was based on the designer’s circuit knowledge, and enabled by MunEDA’s flexible, interactive analysis tools.

To view the 19 page presentation by SMIC, request it online.