Tony Pialis is a visionary entrepreneur focused on developing
technologies for next generation connectivity. In the last twenty 20 years, he has co-founded three semiconductor IP companies, all exclusively targeting connectivity IP. Tony is currently the CEO of Alphawave IP Inc, a leader in delivering multi-standard wireline… Read More 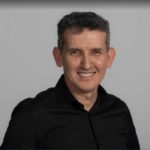 “For more than 18 years, we never stopped innovating at Defacto. We are aware of EDA Mantra “Innovate or Die!”. Innovation is in our DNA, and we never stopped adding new automated capabilities to the SoC design community to help facing complexity and cost challenges, which increase every year.”

What brought you to semiconductors?
As a kid I was interested in electronics and early personal computers. I went on to graduate from Manchester University in 1986, the birthplace of the modern computer, studying Computer Engineering where for my final year project I designed a gate array using Ferranti Electronics technology… Read More

Dean founded IC Manage in 2003, a company that he has helped expand to become the IC/SoC design and IP management technology leader. Dean was also founder, President and CEO of Barracuda Networks from 2003 to 2012, where he built and expanded Barracuda from a spam and virus firewall provider to a broad line enterprise technology … Read More

Pengwei Qian is the founder and CEO of SkillCAD, a grassroots EDA company that has amassed the most impressive customer list (60+ companies) I have experienced for a company of this size, absolutely.

Charlie Janac is president and CEO of Arteris IP where he is responsible for growing and establishing a strong global presence for the company that is pioneering the concept of NoC technology. Charlie’s career spans over 20 years and multiple industries including electronic design automation, semiconductor capital equipment,… Read More