The Six Signs That You Need a Yield Management System
by Mike Gianfagna on 11-18-2020 at 6:00 am
View Profile
View Forum Posts

If you search on “the six signs” you will find references to a fantasy novel, “The Dark is Rising Sequence” by Susan Cooper. In this fantasy work there are six signs: wood, bronze, iron, water, fire and stone. Their purpose has something to do with driving away the Dark. Here is a quote from the book that puts these six signs in some context:… Read More 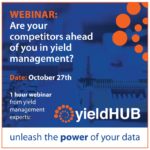 yieldHUB – A Yield Management Checklist for Startups and a New Look
by Mike Gianfagna on 10-08-2020 at 10:00 am
View Profile
View Forum Posts

In July, I covered a webinar that described how yieldHUB helps bring a new product to market. That webinar described how to implement new production introduction (NPI) using an array of tools and techniques that should be part of any semiconductor enterprise. In a recent article published by yieldHUB, they took a few steps back … Read More

How yieldHUB Helps Bring a New Product to Market
by Mike Gianfagna on 07-24-2020 at 10:00 am
View Profile
View Forum Posts

Collecting and analyzing semiconductor test data is a subject that holds a special place for me. Developing a factory data collection and analysis system was my first job out of school. The company was RCA, and the factories were in Findlay, Ohio (analog/mixed signal) and West Palm Beach, Florida (digital). There was a pilot… Read More