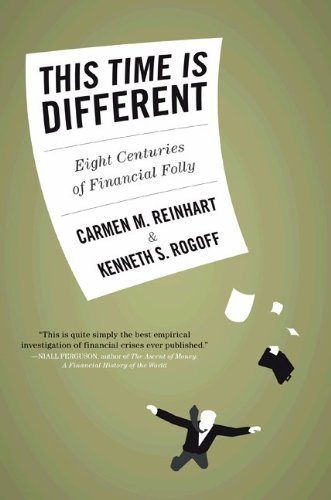 This time is differentis a book that was released just months before the financial crises in 2008 describing hundreds of historical cases where smart people ended up making disastrous decisions over the span of 800 years that led to government defaults, banking panics etc… In the semiconductor industry, we also tend to think this time is different due to the rapid advancements made possible by Moore’s Law. A year ago the ARM camp (nVidia, TI, Marvell, BRCM) was riding high at the prospects of winning the mobile market and casting Intel aside. Now, I would argue, that Apple’s stunning growth has forced a completely new game on the industry. In this game the phone carriers are in desperate need for an alternative and Intel and Huawei, with their announcements this week, have shown the way to “save the carriers.”

You want to talk about big money, AT&T’s revenue was $127B in 2011 and Verizon’s was $111B. Repeat these numbers with the carriers the world over and it becomes obvious that there exist a big leagues (call it the $100B club), that few suppliers can play in. Apple frightens the carriers because they have to shell out all the Cap Ex to handle the mobile tsunami imposed by Apple’s iPhone and iPADs. Starting with the 4G LTE enabled iPAD 3 in March and followed by a similarly enabled iPhone 5 in the fall, the tsunami data waves will increase in a magnitude that will be more than a step function. What shall they charge customers for the data onrush, no mathematician can foretell. However, whatever it ends up being, one thing is sure: Apple will have a hand in negotiating the business model.

Five years ago Nokia could never have imagined getting away with selling a phone to carriers for an average of $660. With the iPAD 3 with LTE, expect it to go higher. Apple’s roughly 60% gross margin is significantly more than what they receive for the MAC PCs and is a sense causing the carriers to see a future bloodbath. The carriers need an alternative house brand that provides margin relief and counterweight to Apple, who will likely ramp up to at least 50% of their customers. So while they can not live without Apple, they can’t survive on them alone.

Which brings us to this week and the announcement that Huawei is building its own quad core processor for smartphones and that Intel has made agreements with the UK carrier Orange, the Indian carrier Lava and Chinese equipment manufacturer ZTE to build and sell Medfield based smartphones this year. It should be noted that Huawei and ZTE are the #1 and #2 Chinese Telecom and Networking equipment vendors and furthermore they are both in the top 5 in mobile handsets.

The announcement of Huawei building their own processor is another sign that independent silicon suppliers like nVidia, TI, Marvell and Broadcom will see less fertile grounds to plow in the mobile space. In the last earnings call, nVidia CEO Jen Hsun Huang admitted that sales of Tegra 3 would come in much lower than expected for 2012 because Samsung had decided to use their own in house processors. Vertical integration is the trend and it is absolutely necessary.

Looking much further down the road though, Huawei and Intel appear to be on similar tracks with a slight twist. Huawei is going to go completely in house vertical with the smart phones and telecom equipment with some assist from Qualcomm on the 4G LTE in phones and base stations. They will offer a package deal to carriers – buy the telecom and networking equipment and get the phones at a discount. The net is an increase in cash flow to carrier over buying phones from HTC or Samsung and equipment from Huawei, ZTE, Cisco or Ericsson.

ZTE looks like it will rely on Intel for silicon not only for cell phones but I am guessing also for networking and future telecom gear. Huawei is financially more powerful than ZTE and has in fact set up a design center in Silicon Valley staffed with ex-Cisco engineers to build high end ASICs for Routers and Switches. Their footprint is growing.

With what they believe is a 4 year lead in process technology, Intel is now going to execute a strategy of offering what will be lower cost, lower power silicon in the smartphone and tablet space by the time they convert Atom to 22nm in early 2013. On the other side of the house, it appears that they will expand their data center offerings to the point they can deliver the silicon a ZTE needs to be competitive with Huawei. All of this will likely have an “Intel Inside” marketing pull through the carriers.

As mentioned in a previous blog, the era of independent Fabless chip companies who rely on the leading edge is coming to an end. The winners will own Fabs (ie Intel or Samsung), have IP or be vertically integrated like Apple or Huawei who bury the processor in the total BOM of the phone. Both though will be tempted to jump to Intel to gain access to the latest process technology and gain an edge on Samsung.

For the carriers, they see a need to immediately address the bottom line before Cap Ex overwhelms them. For Huawei, ZTE and Intel the doors of opportunity have just opened up. More Importantly, for Intel this time is no different than how they executed in the 1990s PC Market.

Now, with regards to Google….