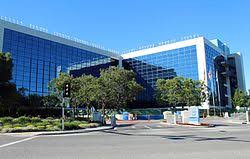 Intel was officially founded in 1968 by Robert Noyce and Gordon Moore (Moore’s Law) with Andy Grove joining as employee number three. These three gentlemen would also be the first three of only six CEOs over an unprecedented forty six year history. During their thirty year tenure at Intel, Noyce, Moore, and Grove became legends transforming Intel and the entire semiconductor industry into a force of nature that changed the world, absolutely. I would also add Intel CEO number four to that list since Craig Barrett is credited with the now famous Intel “copy exact” manufacturing process that has enabled “Moore’s Law” to continue to this day.

Here are brief bios of the first four Intel CEOs. As you can see there is a common thread amongst their education: PhDs from the top technology academic institutions across the United States.

Without Intel where would we be today? We would certainly not have super computing power on our laps nor would we be designing SoCs with FinFETs at 14nm. As a hard core computer geek since the 1970s and a semiconductor professional since the 1980s I have a much better appreciation for Intel than most. I do however fear for their future which is why I write what I do. The problems Intel faces today in my opinion started with an MBA. Who exactly thought that putting a finance guy in charge of the most innovative semiconductor company in the world was a good idea?

Paul S. Otellini
Intel CEO, 2005-2013
Joined the Intel finance department in 1974 . From 1996 to 1998, Otellini served as executive vice president of sales and marketing and from 1994 to 1996 as senior vice president and general manager of sales and marketing.
Education: MBA, University of California-Berkeley, 1974; B.A. in economics, University of San Francisco, 1972

0 Replies to “The Legacy of Intel CEOs”