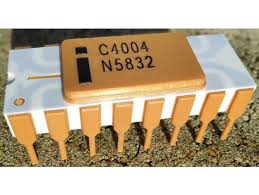 From time to time I present the History of Silicon Valley as I saw it to various audiences.  I always enjoy doing that.  I’ve learned that the part that audiences like the most is the Apple / Steve Jobs story.  That’s not hard to understand.  Steve Jobs was truly fascinating! The story that captivates me, though, is this one.  I was working at Fairchild in 1971 watching this story unfold.  It took me 20 years to understand how important it was.  Looking back at it, it still amazes me!!

The years following the Intel 1101 introduction were dramatic!!  In 1970 Intel introduced the 1103 — the world’s first DRAM.  The yields were very poor. They couldn’t ship many. But the concept was born.  The stage was set for the future.  Then came 1971.

In 1971 the 1103 yields improved and they were able to ship large quantities. (In fact, by the time 1973 had ended, the 1103 was the biggest selling chip in the world.)    Also, in 1971, Intel announced the first erasable floating gate memory — the 1702.  The 1702 was a 2K PROM (Programmable read only memory) which stored its contents on the gates of “floating gate” transistors.  This by itself wasn’t particularly exciting,  but there was a twist:  By radiating the die with UV light (Made possible by a see-through lid on the top side of the package),  you were able to erase the contents and then reprogram it.  It wasn’t a PROM after all.  It was the world’s first EPROM (Erasable programmable read only memory).  Finally, in 1971 Intel introduced the microprocessor.  Their first microprocessor, the 4004, was only a 4 bit processor but again, it set the stage.  And oh –  by the way. They went public in 1971 making many of them multi-millionaires.  You couldn’t be more deserving!!

So,  in 1971 Intel commercialized the first DRAM,  introduced the first floating gate memory,  and introduced the first microprocessor.  How impressive is that?  Today – nearly 50 years later –  those three categories comprise well more than half of the world semiconductor market.  (How much more?  Good question.  To come up with a valid number you’d have to know how much embedded memory and how many embedded processors are inside of all the ASSPs that are being shipped.  That’s way above my pay grade  — but I’ll bet Daniel Nenni could do it)

Boy.  Did that ever aggravate us at Fairchild.  We felt like we were working hard, but they were killing us! How in the world did they do it?  How did they invent their way into stardom while at Fairchild we were spinning our wheels?  I’ve met Gordon Moore only twice  —  the first time was at a party at Larry Sonsini’s home (Wilson-Sonsini is the dominant Silicon Valley law firm).  Some time later I sat next to him at some sort of industry dinner back in the early eighties.  I can’t remember what the dinner was for or why I sat next to him, but I do remember the conversation.  I asked him that question:  How did you do it? How did you build and incentivize a team to foster such innovation?  His answer was:  First  – you hire really smart people.  Second – you make it clear that they will get the credit for their work.  And third – you let them know what you wish they would invent.  If you don’t do that, he said, lots of crazy things are going to get invented that you will have no use for.

I don’t think that Gordon could pick me out of a police lineup if he saw me today.  (I hope he never has the opportunity!!) We met only those two times. But, I’ve heard so much about him from some of my friends who worked for him I feel like I know him. Gordon was always known for being modest and unassuming.  He famously drove an old car to work every day so people wouldn’t think he was putting on airs.  He wanted to be seen as a “regular guy”.  Regular guy?  For a guy with an IQ of 200 and several billion dollars in the bank??? Tough to pull off, I suspect. (I wish I had first-hand knowledge.)  But  — if you sit next to him at dinner,  that’s the feeling you get. By the way, Gordon is at least $5B lighter in the wallet than he used to be.  He once donated 175 million shares of Intel to charity.

The Intel story isn’t all glory.  Real life stories never are.  Their worst stretch came in the early to mid-eighties.  Japan Inc had embarked on a plan to conquer the world’s integrated circuit business by taking control of the three M’s:  Memories,  Microprocessors,  and Master slices (gate arrays).  They (the Japanese) were already good at manufacturing.  They already had low costs.  Their strategy was to bomb prices until the American companies, who were less well capitalized and had huge pressure from shareholders to keep earnings high, gave up and got out of the business.  The easiest and most obvious target was the DRAM market.  DRAM prices were dropping like a rock.  Intel began losing money for the first time since their IPO in 1971.  DRAMs, which once represented 90% + of Intel’s revenues, were down to a few percent by 1984.  Even though Intel had invented the DRAM, by 1984 they had no particular strategic or technical advantage.  They were good at DRAMs.  So was everybody else. On the other hand, because of their design win in the IBM PC, they had attained a near dominant position in the microprocessor market.  That market had barriers to entry much higher than DRAMs ever had or could have.  Should they exit the DRAM business?  There were great debates.  A quote from someone inside the company went, “Intel leaving the DRAM business would be like Ford leaving the auto business”.  In the end they opted to exit.  The P&L was messy for a couple of years.  A quote from their 1986 Annual Report went,   “We’re pleased to report that 1986 is over.” Then, their shares grew steadily until their market cap hit nearly $300 billion.  I guess it was the right decision.

When I was young, America was better at everything.     Cars, steel, shoes, clothing, engineering, etc.  Everything!!  “Made in Japan” was a derogatory term.  China didn’t matter at all in the world economy.  Taiwan and Korea were trying to matter, but they didn’t.  Today, as a nation, the USA has lost a lot of that.  Industries that used to pay for our way of life are now struggling in America.  But  — we’re still really strong in high tech.  Sure, we have competition, but we’re the force to be reckoned with.  If there were a king of high tech, it would be us.  Without the contributions of Intel (And Microsoft) that wouldn’t be true.

Thanks Gordon.  Thanks Bill Gates.

Next week:  Layoffs ala Fairchild