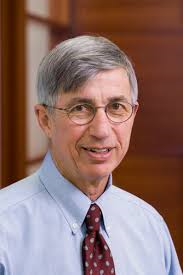 By the late 80s it had become clear to me that the Japanese were right.  Memories,  Microprocessors,  and Gate Arrays (As well as ASICs) were what customers wanted then.  “Building blocks of ever-increasing complexity” was obsolete.  What next?  Should I try to become an overnight networking expert?  Maybe a DSP expert?  Pretty tough to do!!  Or — how about programmable logic?  That could work!!

MMI (Monolithic Memories Incorporated) and others had introduced field programmable logic products a couple of decades earlier using nichrome fuses – devices that conducted current unless you forced a high current through them and “blew them out”.  The high current destroyed the fuses so that they would no longer conduct current.  This “off” state would be the new permanent state of the fuse.   This was exactly the same concept as the fuses that were in the fuse box of every home back when I was young.  (Remember – I’m a dinosaur.) MMI’s programmable logic was great.  People loved it.  But  — the programmable circuits available then (Called PALs) were small  — on the order of a few hundred gates when the real demand was for circuits with capacities of many thousands of gates.   It was clear to me that a truly field programmable gate array would be a big winner.

I was approached by the board of directors of Actel.  They were looking for a new CEO.  Their product was to be a field programmable gate array. (Andy Haines came up with the term “FPGA” at Actel in 1989 so they weren’t using the term “FPGA” when they were trying to hire me, but that’s what it was.)

The existing FPGA technology (Xilinx) used large numbers of flip flops to store the configuration data.  Xilinx referred to these products as “SRAM Logic Cell Arrays” (Later they changed that to SRAM FPGAs).  Actel planned to use antifuses instead of flip-flops.  An antifuse is the opposite of a fuse.  Antifuses do not conduct electricity unless a very high voltage is placed across them.  When that happens the fuses are “burned in”.  In other words,  they will now conduct current.  This “on” state is the new, permanent state of the antifuse.

It seemed to me that SRAM FPGAs had a glaring defect. There are many ways that the state of a flip flop can accidentally be changed.  A power supply spike.  A power supply brown out.  A hit by a proton or ion or by some stray radiation.  These are all unpredictable ways that configuration can be lost. To make the problem worse, there was never a good way to know in real time that corruption had occurred.  (I think that this is true even today).  So  — if corruption occurred,  the circuit might go merrily on its way producing incorrect results and the user wouldn’t know.  It was a recipe for disaster!!  Or so I thought.  The SRAM technique did have a significant advantage —  it allowed you to use a standard foundry process.  The antifuse required a handful of tricky extra process steps the foundries didn’t like.  But  — overall I felt that the antifuse would prevail.  The process would eventually become a standard and the reliability benefits accruing to the antifuse would win the day!!  Again  — so I thought.

Actel’s board of directors looked like an all-star team.  Ed  Zschau (formerly in the US House of Representatives) was on it.  Bill Davidow  (One of the most famous marketing guys in the IC industry) was on it.  And Carver Mead was on it as well.  Carver was a Cal Tech professor with an IQ of about 200 who had co-written a textbook that was used in virtually every university. (The textbook was known as “Mead-Conway”).  After some foreplay,  Ed Zschau invited me to have breakfast at his home in Los Altos.  During the meal, he offered me a job as the CEO of Actel.  Wow!!!   I had an opportunity to become the CEO of the only antifuse based FPGA company.  I love FPGAs! Antifuses will dominate the industry!!!!   I’LL TAKE IT!!!  WHEN DO I START?

Boy.  Was I ever wrong!!!  Sometimes I feel like I’ve spent the better part of my life being wrong,  but that was the pinnacle.  The antifuse did not turn out to be a wonderful thing! Why?  First,  customers wanted reprogrammability  — the ability to change the configuration as many times as might be needed without having to remove the part from the board and pay for a new part..  Antifuses were OTP (One time programmable).  If you wanted to change something in an antifuse FPGA, you were out of luck.  You had to unsolder it from the board, throw it out, buy a new one, program it, and solder it back onto the board. Customers hated that!!!  Second,  antifuses required a difficult custom fab process that prohibited us from ever being on an advanced process node (Xilinx was always on the most advanced process nodes.).  Those two problems prevented us from competing well in the two biggest and fastest growing market segments – telecom and networking.

Clearly we had to replace our antifuse technology with something better.  With what?  Good question!!  I wasn’t sure. What was clear, though, was that it was going to take time and money!  It wouldn’t be fast.  It wouldn’t be cheap.  And it wouldn’t be easy!! Meanwhile,  the job was to figure out some market segments where we could at least compete well in the interim.  My favorite marketing book is the 22 Immutable Laws of Marketing.  It’s only 140 pages,  but they’re 140 pages of real wisdom.  Chapter 2 tells you in essence,  “Don’t try to horn in on a market that someone else already owns.  Figure out a subset of the market that you can own and go after it!!!”   And we did.  Our successful subsets generally centered around the reliability issues that I spelled out earlier.  The big markets like communications and networking weren’t buying into the antifuse concept.  But  —  markets that were super-worried about reliability often saw the Actel advantages.  The best of these markets for us turned out to be the satellite market.  In general, though, we did pretty well in the military and aviation markets as well as with certain industrial and medical products.  Those markets were good to us.  They allowed us to be consistently profitable.  But  —- they were all slow growing markets.  Wall Street wants fast growing markets and fast growing sales.  I always wanted to be growing faster, but it wasn’t to be. Life wasn’t easy in the antifuse business.

Nine years ago,  Microsemi bought Actel.  A year ago, Microchip bought Microsemi.  Today, the old Actel is a division of Microchip – a highly successful company based in Phoenix.

So  —- what became of the antifuse?  Actel still ships some antifuse products  — mostly into designs that were won long ago  —  but it’s no longer an antifuse technology-based FPGA company.  Under the leadership of Esmat Hamdy, Esam El Ashmawi and Bruce Weyer,  (Esmat is a founder who directs technology development. Esam and Bruce took turns running the company after I left), Actel completed our long strived-for transition into being a flash based FPGA company.   (To be exact,  flash and other newer reprogrammable NVM technologies).  Flash FPGAs retain the benefits of antifuses, but are reprogrammable and use a process that’s much closer to standard. Sales are rising and profits are very, very solid.  Actel is on a roll!!  Steve Sanghi made a wise acquisition!*  Actel and Microchip are thriving together thanks to the folks who have been there making things happen for so long –  many of them for 20 years or more.

*No surprise there.  Steve (CEO of Microchip) does things right. 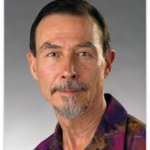 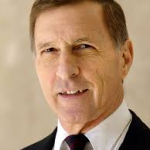 Pictured :  From left to right

Carver Mead.  Former professor at CalTech.  Co-author of “Introduction to VLSI Design.”.  Involved in the founding of more than 20 high-tech start-ups.

2 Replies to “From AMD to Actel (to Microchip)”