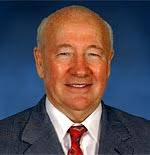 In 1973 plus or minus a year or so I was working as a supervising engineer in one of the bipolar digital product groups.  My boss was a man named Jerry Secrest.  He was a great boss – he taught me most of what I knew about ICs in my youth. Jerry had responsibility for a product line.  That meant that the Fab, the product and process engineers, and the test area all were under him.  It also meant that he had P&L responsibility.  That sounds like a good thing, doesn’t it?  It wasn’t!!!

P&L responsibility forces you to open your eyes to how life really is.  Sometimes reality isn’t fun.  It’s not hard to find someone today writing that profits are evil and the people who try to make them are even more evil.  But reality tells a different story.  If you’re a private company,  to get the company going and keep it going you have to raise money.  To do that, you have to tell the potential investors that once you’re up and running, you’re going to be making nice profits and that the profits will grow over time.  If you don’t,  they won’t invest.  Going back later and telling them, “I was only kidding” is ill-advised!!

If you’re a public company,   the same argument holds true, but on steroids!  People buy your stock because they think it’s going to go up.  Why do they think that?  Because you led them to believe it.  In the long run, stocks go up because earnings go up, so it’s your job to make earnings go up.  There’s no way you could go back to the shareholders and say,  “Gee.  I changed my mind.  Profits are evil.  I’m not going to try to make any.  My plan is to make the stock go down.”  What, if instead of being the CEO,  you owned some of that stock? You’d kick the CEO out in a nanosecond.  Then you’d sue him    — and you’d win the suit!

Oh.  One other thing.  In both cases,  if you lose money long enough,  you eventually run out and go broke.  So   — it’s important to be profitable!!!  Yes.  You also have a responsibility to the people who work there and another to the extended community.  Trying to take care of all three simultaneously was the hardest thing I ever did!!!!  But  — when the dust settles  — — it’s important to be profitable!!!

Sometimes capitalism sucks  —  but  I’ve been in most of the formerly communist countries back when they were just coming out of communism.  They were absolute economic disasters.  So, capitalism may well suck,  but all the other systems that I’m aware of suck more.  Far more!!  By the way.  I am not affiliated with either political party.  They both aggravate me!

Back to the story:  Each operation at Fairchild had a regular P&L review with Wilf Corrigan, then a Vice President and later to be Fairchild’s CEO. Besides Wilf, his top financial guy and several people from the operation being reviewed attended. I worked in the Digital Integrated Circuits group (DIC) which was run by a guy named John Sussenburger (We called him Suss).  Jerry worked under Suss.  Suss worked under Wilf.  The financial reviews looked at Sussenberger’s P&L and its component P&Ls.  (Tom Longo,  Paul Reagan, and Dave Deardorf were also involved in the organization at various times in those days,  but I don’t recall any of them being in the meeting)

Fairchild had a thing they called their HiPot List. (High Potential List) You were put on the HiPot list if you were a high potential employee who seemed to have the ability to work your way into upper management.  To my great delight, in 1971 or 1972 they added me to that list. Wilf had put in a rule that at each review a different person from the HiPot list should come to get some seasoning.  One day Jerry told me that my turn in the barrel had come. It was my chance to go to the review.

I went to the conference room at least 20 minutes before the start time. There was a large potted plant at the back of the conference room. I figured out that one of the chairs in the back was partially hidden from view by that potted plant. Naturally I took that chair.  (I was scared to death of all the Fairchild high-level managers) Then I waited. After a while the real attendees came filing in and the meeting began. Wilf Corrigan is astute! There is no tricking Wilf with the numbers. They would put up very complex foils absolutely full of numbers and Wilf would immediately zero in on the number that made a difference

He was very direct, but very polite. No screaming, shouting or table pounding even though DIC was losing money. We all understood that Wilf Corrigan didn’t like losing money, so the review didn’t have a good feel to it  –  all the attendees were on pins and needles.  But – it didn’t seem to be a problem. Wilf was calm and cordial.  He very calmly went about getting an understanding of what was going on.   When all the data had been presented, Sussenberger asked Wilf if he had any questions.  I thought, “Wow. This isn’t so bad. We’re losing money, but Wilf understands. Nobody got beaten up or fired. What was I worried about?”

Wilf said, “Yes. A couple of questions:  How much money did you say you were losing?”

(I don’t remember the actual numbers so I’ll make some up.)

Wilf: “What does your average employee make, John?”

John: “Well, you could look at it that way, Wilf.”

Wilf  “OK. I don’t have any more questions, but John, I’m planning to do you a favor.”

Wilf: “Tonight I’m going by the hardware store on my way home. I’m going to buy one of those clicker/counters….. you know the little mechanical things with a button. Each time you hit the button with your thumb it ups the count by one.”

Wilf: “I’m going to go into your building Monday morning. I’m going to stand in the main hall. Each time someone walks by me I’m going to ask him if he works for John Sussenburger.  If he says ‘Yes’, I’m going to say, ‘You’re fired’ and click the button. When the count gets to 50, you’ll be profitable!   —– John, you’re really going to enjoy running a profitable business!”

I stayed out of the hall that Monday morning!

Next week:  The demise of Fairchild.