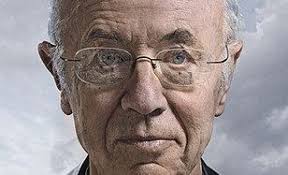 The foundry problem continued to plague us at Actel.  We had a really complex process! But  —- we needed state of the art feature sizes if we were to compete with Xilinx.  TI and Matsushita had been doing a good job for us, but not in fabs with state of the art technology.  We were two process generations behind! At two generations behind,  we had no chance to compete in density.  Xilinx flat out had bigger FPGAs than we did.  Competing in cost and speed was no picnic either. How could we get someone with a state of the art fab to agree to make wafers for us?   One day Bill Davidow and I were brainstorming. Bill said,  “Hey,  why don’t you meet with Intel and offer them a deal”.  You offer to give them rights to use your programmable technology in exchange for them giving you foundry services out of their best fab.  That way you’ll not only gain a secure foundry partner, but the process you get access to will be the best in the world.

Intel was the technology leader at the time.  Bill was right.  That deal would have given us access to the world’s most advanced technology.  A huge win for us!!!  But I was skeptical.  It wasn’t clear to me that Intel would want the rights to our antifuse technology.  Using our custom process with its extra masking,  implant,  and deposition steps (not to mention the high voltage requirements) would raise the cost of their wafers and hence the cost of their microprocessors.  Still it was worth a try.  Bill knew Andy Grove (the Intel CEO) well.  They had worked together for many years.  It was easy for Bill to get me a lunch meeting with Andy.

I called Andy and asked him where he’d like to have lunch.  He said, “Right here in the Intel cafeteria”  I asked him why he wouldn’t rather go to a nice restaurant.  His answer:  “There’s a parking problem at Intel.  Not enough parking spots.  If I take my car out of the lot to go to lunch,  I won’t be able to park when I get back”.  I asked him if he had a “reserved for the CEO” parking spot.  He told me, “no”.  He told me that the parking protocol was, “The earliest arrivers get the best parking places”.  So  — if he wanted a good parking spot,  the only way to get it was to go to work early and then not move the car at lunch.  I liked that system.  It’s the same one we used at Actel.  I told him that I would be happy to meet him at his cafeteria.

Andy Grove was a very, very down to earth guy.  When I met him in the Intel headquarters building everyone around him was looking good in their suits, white shirts and silk ties. When Andy came down the stairs though, he was wearing jeans and an old, ugly sweater. We went into the Intel cafeteria. Then we waited in line with everyone else. He paid for both our meals. Then we found a table that was a little isolated.  (There was a circle of mostly empty tables around us.  It was a little like the Korean DMZ.  Nobody wanted to get too near to Andy.)

Intel had the best fab technology. I wanted to be able to use it! The hard part was figuring out exactly what we could give Intel in return that they would value but wouldn’t put them in direct competition with us. I thought I had it figured out. I had prepared a thick binder full of the details of my proposal and all the benefits that would accrue to Intel if they took us up on our offer. I was proud of my work!!!  When we sat down I pulled out the binder and started to open it.

But … before we got down to business Andy wanted to talk about AMD. AMD and Intel had gone through some very rough legal battles over rights to the Intel processors. AMD maintained that they held certain rights to those processors due to an agreement that the companies signed in 1982. Intel maintained that the agreement was inoperative because AMD hadn’t held up their end of the bargain. The legal battle had been very bitter and, in fact, one of the reasons that I left AMD. Andy pretty much hated AMD and everyone who had ever worked there.  (But maybe not quite as much as some of the AMD people hated him  — it had been a very,  very bitter fight). Before I left AMD, I had been running AMD’s microprocessor division   — the group that Andy hated most.   Andy was known to have a quick temper and to be extremely confrontational.  So  —   yes!  I was nervous! (Here’s a good place to insert a joke about a long-tailed cat in a room full of rocking chairs)

Before we talked about foundry, Andy wanted to get my views on what the AMD people really thought about what had gone on —  What I thought about Jerry (Sanders) —  What I thought about Tony (Holbrook)  — What they thought about the battle.  He quizzed me at some length. I had left AMD several years before I met Andy, so was mostly able to get away with pleading ignorance. (Of course,  I wasn’t really ignorant.  I knew exactly what they thought.  It wasn’t pretty!!!)  Finally he apologized for taking time away from my meeting purpose and asked me what I had in mind.  I whipped out my massive binder, turned to page one, and started to take Andy through it. He stopped me. He reached over and closed the binder.

Me: “Fab capacity on your advanced line.”

Andy: “I have a large staff of MBAs who came from really impressive schools. They work on these kinds of proposals for us. They’re top notch. If you’d like me to, I’ll give them your proposal and ask them to study it thoroughly and provide a well-reasoned, written response. That will probably take them a month or so. I’m quite sure their answer will be no. The other option is that I can tell you no right now and save you from having to wait a month. Which way would you like to go on this?”

There was no beating around the bush when you were dealing with Andy Grove!