I met Andy Grove on a sunny day in New York City in 1987. He was dashing to press interviews for his just-off-the-presses management book, “One on One with Andy Grove.” I was a freshly badged member of the press working for IEEE Spectrum, a year or so out of college, still toting my college backpack. Little did I know that that would be … Read More 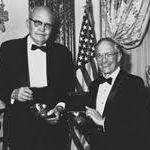 The time Andy Grove came to Fortune and refused to meet with the editors
by Rik Kirkland on 03-30-2016 at 4:00 pm
Categories: Foundries, Intel

In my nearly thirty year career at FORTUNE magazine, I got to know a host of larger than life characters. But few loom larger in memory than the diminutive dynamo who sadly passed away last night, Andy Grove.

Amid the stream of obits and reminiscences rightly hailing Andy’s extraordinary career as CEO of Intel, his major contributions… Read More

The following paragraphs present another one of those articles that I wrote for a Cyber Media publication, probably in the year 2000. It’s been almost fifteen years since then. When I read Sunit Rikhi’s glowing tribute to Andy Grove, a few grey cells stirred in my brain and I recalled that I had written something about the Intel that… Read More