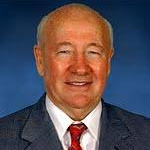 In 1973 plus or minus a year or so I was working as a supervising engineer in one of the bipolar digital product groups.  My boss was a man named Jerry Secrest.  He was a great boss – he taught me most of what I knew about ICs in my youth. Jerry had responsibility for a product line.  That… Read More

You wouldn’t think that layoffs would be a subject that I’d want to talk about in my stories of  “Silicon Valley the Way I saw it.”  The subject is just plain distasteful!!  — Still  — layoffs were a major part of the valley’s culture back in the day.  To give a true picture… Read More 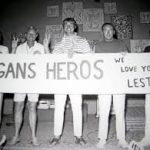 I started out as a supervisor in the wafer sort and class area.  Today you’d call those probe and final test.  My first boss, a man named Les Faerber who I had never met,  met me in the lobby,  got a smock for me,  took me into the test area and introduced me to the ladies (All the operators… Read More

LRCX & KLAC’s merger continues to be closely watched given the recent turns and reversals we have seen which call into question the ability to get the deal done. The deal was announced in October of 2015 and we are on our second request from the DOJ and the deal will almost certainly go beyond the Oct 20th, one year deadline… Read More

Well today is the day. I am officially retired from Fairchild after 36 years and 9 months on the job. I have worked for Fairchild Camera and Instrument, Fairchild a Schlumberger Company, National Semiconductor and Fairchild Semiconductor. It’s been everything I was hoping for and more. By the way, I walked out the front door… Read More