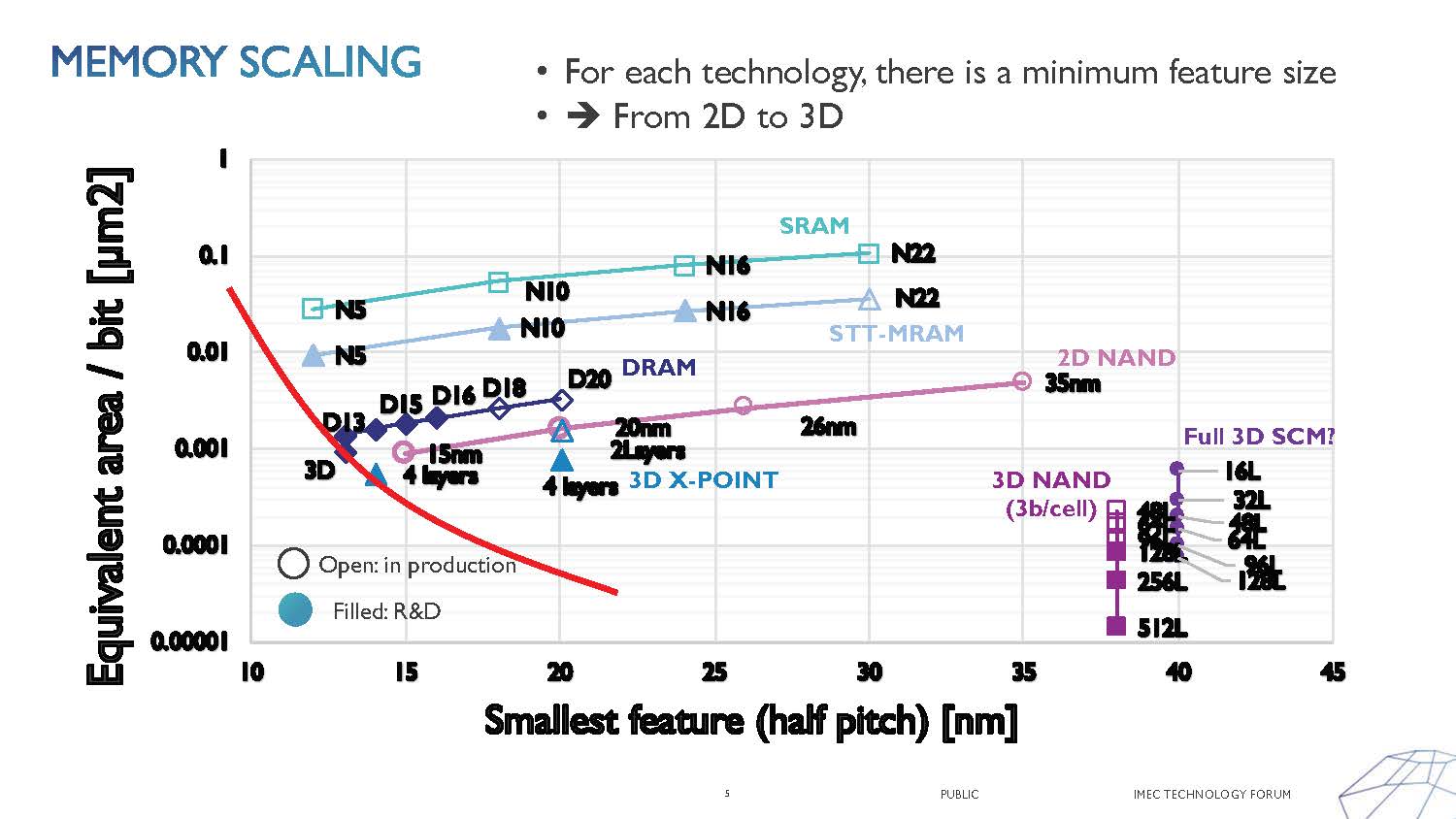 As dimensions scale down a limit is eventually reached for each technology and a transitions from 2D to 3D is required. We have already seen this happen with 2D NAND transition to 3D NAND. For DRAM’s he sin’t convinced capacitor scaling continue below the D13/D14 nodes and a 3D solution is needed. 3D XPoint memory will need to increase the number of layers and logic will also have to transition to 3D.

Figure 1 summarizes half pitch limits for memory by technology. 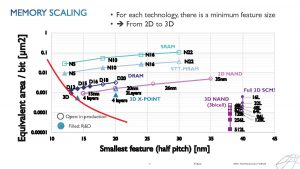 For logic scaling there are opportunities to partition functions in an intelligent manner. Backside power delivery through thinned wafers with micro TSVs and separately fabricating SRAM and logic and then integrating them offer options for more highly optimized solutions, see figure 2. 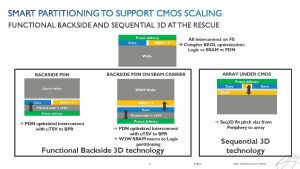 I have previously written about backside power delivery here.

Naoto Horiguchi
Naoto Horiguchi gave a paper entitled “Vertical Device Options for CMOS Scaling”. The main point of the papers was that vertical devices could provide a shrink to SRAM arrays versus horizontal tarnsistors, see figure 3. 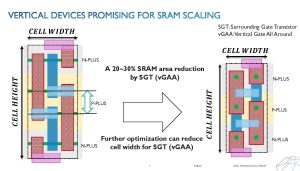 This work fits in with the previous paper because by fabrication an SRAM only array the process scan be simplified versus a full logic process, for example SRAM only requires approximately 4 interconnect layers versus 12 or more for leading edge logic.

Figures 4 and 5 illustrates the basic process for a 5nm class vertical SRAM array. The process steps in blue are EUV layers (note that the Top Electrode is mot in blue but is also an EUV layer). 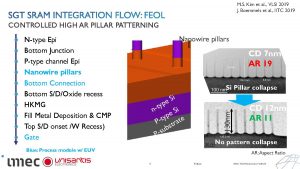 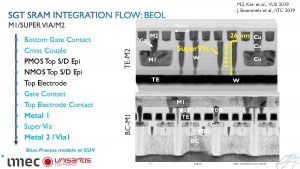 This work was also published at the VLSI Technology Forum [1] and between figures 4 and 5 and the VLSI paper the process becomes the process can be outlined in more detail.

This flow is used to create Vertical SRAM test devices. A full flow would include at least two more metal layers and likely some processing for ESD protection. This array could them be integrated with logic and backside power distribution as shown in figure 2.

Zsolt Tokei
Zsolt Tokei presented a paper entitle 3nm Interconnects and Beyond: A toolbox to Extend Interconnect Scaling”. In order to continue to scale down interconnect issue with resistance-capacitance (RC), cost, variability and mechanical stability need to be addressed. Figure 6 summarizes the path forward. 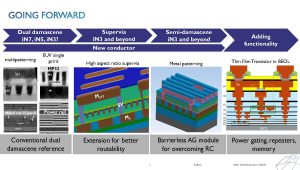 Conventional dual damascene and super vias for better routing give way to barrierless interconnect with air gaps possibly fabricated by semi-damscene. There is also research into integrated thin film transistor into the BEOL for increased functionality.

The semi-damascene is as follows:

The Ru has a Titanium (adhesion layer) but the via to metal line interface is continuous Ru reducing resistance and the air gaps reduce the capacitance. Zsolt wouldn’t discuss the air gap formation process but presumably some kind of conformal film is deposited and then pinched off with another deposition. 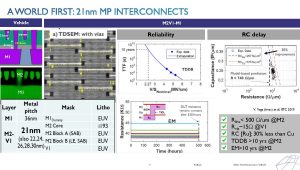 Figure 8 illustrates a thin film transistor (TFT) in the BEOL and describes some applications. 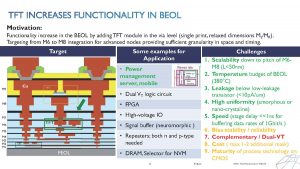