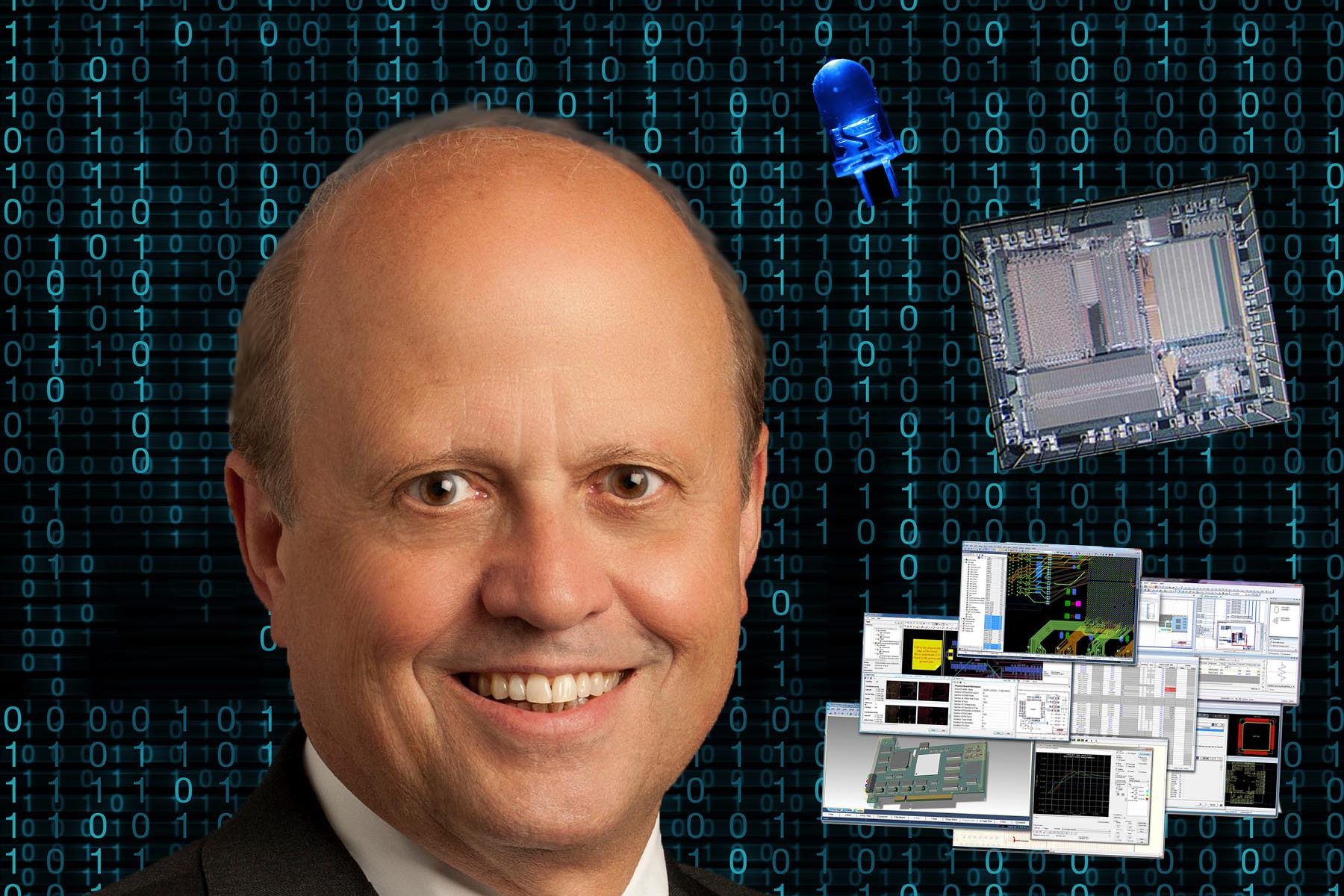 TSMC was founded in 1987 by Morris Chang.  At about the same time, I was wrestling with the question of whether or not to join Actel.  Morris had been a top executive at Texas Instruments during the period when TI took ownership of the TTL market.  (See my week #8.  Texas Instruments and the TTL Wars)  I have to admit that when I first heard about what TSMC was doing I was unimpressed.  I didn’t like their prospects at all.  (I was wrong.)  I was a VP at AMD then. TSMC was anxious to do business with AMD.  After having a few discussions with Steve Pletcher, their VP of sales at the time, I formed the opinion that TSMC was ready, willing, and able to do business with pretty much anyone who came to them.  (Wrong again!!)  Besides TSMC, there was also a lot of foundry capacity available in Japan.  Most of the Japanese DRAM manufacturers had overbuilt their fab capacity during the boom of ’83 / ’84 and were willing to act as foundry sources for American IC houses. So  — my analysis was — there’s plenty of capacity available to fabless semiconductor companies.  If I join Actel, foundry will be the least of my worries. (Wrong again.  Three strikes and you’re out!!!)

There was a problem.  There were indeed many different companies with fab capacity. Yes.  They were willing to take foundry business.  But!!! Essentially none of them were interested in doing business with a custom process.  They all had standard processes and wanted to sell those wafers —– They didn’t want to spend money developing new processes – especially processes that would be used by just one customer.   To exacerbate the problem, I hadn’t analyzed the process requirements well enough when I was deciding to join Actel.  The process we needed was difficult!  Really,  really difficult!!!  Several new steps were going to be problematic, but one of them  — a requirement to build a very, very thin ONO layer with extremely tight control  — was nearly a killer.  No one wanted that headache in their fab.  To boot, my arguments to the foundries about the huge volumes that we would soon be ordering fell on deaf ears.  They just weren’t buying it.  Despite numerous requests,  TSMC always declined our business, politely telling us that they’d be happy to make wafers for us using any standard process they had.

When I arrived at Actel, we had one firmly established foundry relationship  —  Data General.  DG was a Boston based minicomputer company who had a small, old fab in Sunnyvale.  It was OK for proving out our product,  but it wasn’t at all a modern,  low defect fab.  Our yields would be low and our costs high if they were to be our primary foundry.  It didn’t look like it would be a good long-term relationship for Actel.  I wondered what to do about that.  While I was wondering what to do about it, they solved the problem for me.  They announced that they were shutting down the fab immediately leaving us fabless in the true sense of the word!  To be a fabless company with a complex,  non-standard process that no foundry wants to run is not a good thing!!   ☹☹☹

We had been having discussions with Matsushita Electric Corporation.  (MEC)   They liked the idea of programmable products in general and reasoned that it might be good to have access to our technology.  They had already made a few test runs of wafers in their R&D fab for us by the time I got there.  Their idea was to get a handle on just how hard the process would be to run.  In fact, they had many problems,  but at least the yields weren’t zero. Of course, we didn’t want to give them rights to sell their own FPGAs, but were willing to give them rights to use our technology in their ASICs.  After almost a (very worrisome) year of negotiating and tinkering around in their R&D fab, they agreed to bring up our process in their production fab if we would let them be our sales rep in Japan.  We agreed.

All of that sounded good except that the market for ICs was picking up. MEC’s fabs were filling up.  They had no appetite for spending a lot of effort on our custom process when they had more business than they could handle with their own products and processes.  In the end they did bring up our process. A lot of problems had to be solved along the way,  but they brought it up.  We owe them a lot!  But the rules were pretty simple.  Don’t jerk them around!!!  Requests for process tweaks, line holds,  splits etc would not be tolerated!  Those were tough rules that would affect us greatly in the days to come, because our process was far from stable — it needed a lot of work!  There seemed to be a new process problem lurking behind every bush  — and there were lots of bushes!!!

Parallel to the MEC negotiations,  Actel had also begun negotiations with TI.  The general idea was TI was going to give us some cash and guarantee us foundry capacity.  In return they would get second source rights to the first two Actel families.  The negotiations progressed well for a while,  but then reached an impasse.  By the time I came on board,  negotiations had ceased.  Both sides had walked away from the table. The deal was dead. I joined Actel the morning of December 1,  1988.  Early that afternoon Bill Davidow (Who was on our board.) called me and told me that I needed to go to Texas and patch things up in a hurry.  He was understating it.

So  –  the December 1988 status was this:  TSMC had turned us down. Data General was shutting down. TI was dead, and MEC was not looking good.   We were in trouble!!  We had a mask set and nowhere to run it. Cash was beginning to run low.  We needed to begin work on another round of venture financing,  but I couldn’t imagine anyone giving us money if we didn’t have a fab committed to building our product. A quick but easy to understand summary?

I wondered if AMD would take me back. 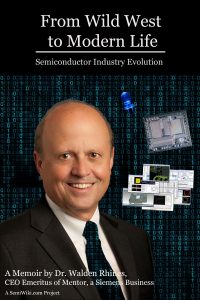 Happily, TI was willing to restart the talks. I flew to Texas with my fingers crossed.  Wally Rhines was to be the guy on the other side of the negotiating table.  Wally ran the integrated circuit business for TI.  I didn’t know Wally,  but I knew several high-level TI execs by reputation.  Maybe if Wally does another series for Semiwiki he can elaborate,  but the short version  — they were very, very, very tough people.  Fred Bucy?!!  Mark Shepherd?!! Morris Chang?!!  Wow.  You didn’t want to mess with them!!  So,  my mental picture of Wally was a huge man with glowing red eyes, horns, and a tail.  When I flew to Dallas for our meeting, I didn’t plan on liking Wally.  I figured that I was in for a tough day!

To my surprise, Wally turned out to be just the opposite.  Very bright, but also logical,  sensible, and reasonable.  After trading a few pleasantries, it might have taken us an hour or so to get things settled.  They agreed to be a foundry for us.  It took about two years to get the contract drafted and then the process working right, but once we did, they did a good job for us. What a relief.  Thanks, Wally!

But,  while I’m at it,  a little more about Wally Rhines.

In those days, it seemed as though everywhere I went, I ran into Wally talking about digital signal processing (DSP).  Technical conferences.  Wall Street conferences. Instat.  Everywhere!  Wherever I went, there was Wally making presentations about DSP.  To be honest with you, I had only a vague idea of what DSP was and really no idea at all of what it was good for.  To me it looked just like any other microprocessor except that it had an on-board hardware multiplier.  “So what?”  I thought.  The application example he always used was to calculate the five day running average of the Dow-Jones.  Again,  “So what?”

The fact was that TI had missed the boat in microprocessors.  In fact, everybody but Intel and AMD had missed that boat, but it took some companies a long, long time to figure out that they had missed it.  Everybody knew that microprocessors were going to be super important.  My sense was that Wally was only trying to assuage his conscience for that miss by talking about some hypothetical but unlikely upcoming DSP surge that TI would own.  I was wrong. He was right.  He was onto something that it took most of us a long time to figure out.  DSP was the missing link when it came to merging the real world (Analog) with Moore’s Law.

Today DSP is at the heart of all electronic communications  — there’s a huge amount of signal processing done in every cell phone and in all the communications links that exist.  At the end of the day, DSP was what allowed TI to become a 100 billion dollar market cap company. Congrats Wally.  Hope you were on commission!!  Wally later left TI to become CEO of Mentor.

MEC came up to speed and did a nice job for us for 25 years.  TI came up to speed as well and did foundry for us until we bought out their FPGA business in 1995.  In both cases, though, the process was a generation or two behind the state of the art. Xilinx products were always made on state of the art processes.  That was a very serious problem!!!

Next week:  More foundry woes.  How to get access to a state of the art process?