Register / Log In
Guests have limited access.
Join our community today!
You are currently viewing SemiWiki as a guest which gives you limited access to the site. To view blog comments and experience other SemiWiki features you must be a registered member. Registration is fast, simple, and absolutely free so please, join our community today!
Wally Rhines: Mentoring Generations of Semiconductor and EDA Professionals
by Mike Gianfagna on 04-10-2020 at 10:00 am
View Profile
View Forum Posts 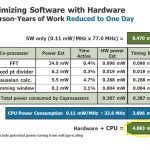 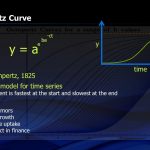 In 1825, Benjamin Gompertz proposed a mathematical model for time series that looks like an “S-curve”.1  Mathematically it is a double exponential (Figure 1) where y=a(exp(b(exp(-ct)))) where t is time and a, b and c are adjustable coefficients that modulate the steepness of the S-Curve.  The Gompertz Curve has been used for a … Read More 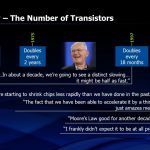