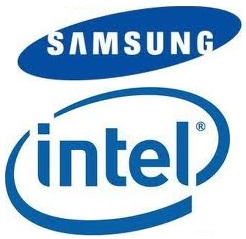 The legend of Intel being two process nodes ahead of the rest of the industry is quickly coming to an end. To come to terms with this you need to do an apple to apple comparison which is what I will do right here, right now.

First and foremost let’s compare SoC silicon delivery since SoCs are driving the semiconductor industry and will continue to do so for years to come. In regards to microprocessors Intel is a monopoly and I don’t see that changing, ever. For this comparison I will use a smartphone SoC because apparently Intel has not yet figured out how to make an SoC that fits both phones and tablets like the rest of the industry (sarcasm).

In regards to processes, I’m talking about 14nm. Which 14nm process is better technically? I don’t think we will ever get agreement on that so let’s just say that Samsung and Intel will have something equivalent. As you read in Samsung 28nm Beats Intel 22nm, Samsung definitely has the process technology to challenge Intel. In regards to 14nm wafer cost I give that to Samsung hands down. Remember, Samsung is the number one memory maker and they know how to minimize wafer costs. Samsung also has displays, memory, and other products in the smartphone BOM. Additionally, Samsung is the number one smartphone/tablet systems company so they could easily give away 14nm wafers for free and not even notice it in their financials.

According to Intel sources, Morganfield, the first Intel 14nm smartphone SoC, will be delivered in the first half of 2015. According to the semiconductor equipment manufacturers Intel is having problems with variability at 14nm so this could easily slip. Intel did not do double patterning at 22nm so new process steps have been introduced. The more process steps, the more times you touch a wafer, the higher the variability, simple as that. And that is your Intel F.U.D. for today.

According to my trusted sources the top fabless companies are designing to 14nm right now. The 1.0 (production) version of the PDKs (process design kits) are now available and 14nm tape-outs will happen in Q4 2013, which means production silicon in the first half of 2015. Since 14nm is a half node of 20nm I do not see any F.U.D. here. The foundries used the same metal fabric for 20nm and 14nm with double patterning so they have seen and solved the variability issues. 20nm silicon is out now and will be in production the first half of 2014, absolutely.

Why did I use Samsung 14nm instead of TSMC or Globalfoundries? Technically they are equivalent, I just thought I would take less grief since I have been more critical of Samsung since they became a foundry. Personally I favor TSMC and GF as pure-play foundries since they do not compete with customers, or get sued by them. (Oh snap).

Tonight I’m at the GSA Semiconductor Executive Forum featuring Dr. Condoleezza Rice and semiconductor luminaries from around the world. Next Tuesday I will be at the TSMC Open Innovation Ecosystem Forum networking with 1,000+ fabless semiconductor professionals. If you ask the right questions at these events you will get the answers you need to be an “internationally recognized industry expert” like myself. I have also been called an “industry luminary” which has a nice ring to it too. Just don’t call me a “thought leader” because that sounds like some kind of creepy mind control thing. Of course my blogs do sometimes make people sleepy…….. you are getting sleepy….. Okay now quack like a duck.