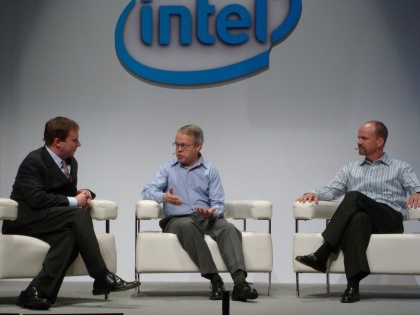 There is an interesting discussion in the SemiWiki forum in response to the EETimes article: Intel exec says fabless model ‘collapsing’. Definitely an interesting debate, one worth our time since the advertising click hungry industry pundits will certainly jump all over it. Clearly I’m biased since I helped build the fabless semiconductor ecosystem. I will certainly try and be open minded here, but probably not.

Kirk Skaugen, the new general manager of Intel’s client PC group, moderated a Q&A with Mark Bohr, a 33+ year Intel alum, and Brad Heaney, the Ivy Bridge program manager. This was clearly a scripted Intel PR piece, but also an opportunity for additional hyperbole and commentary. Here are the key quotes from my point of view:

“Being an integrated device manufacturer really helps us solve the problems dealing with devices this small and complex,” Bohr said “the foundries and fabless companies won’t be able to follow where Intel is going.”

This is complete nonsense. This is not a David versus Goliath situation, this is hundreds of Davids versus Goliath. This is crowd sourcing, not unlike Twitter and Facebook where millions of people around the world collaborated and toppled ruthless dictators. This is the entire fabless semiconductor ecosystem (Synopsys, Cadence, Mentor, ARM, TSMC, UMC, GlobalFoundries, QCOM, BRCM, NVDA, AMD, and hundreds of other companies) against Intel. Hundreds of billions of dollars in total R&D versus Intel’s billions.

“Bohr claims TSMC’s recent announcement it will serve just one flavor of 20 nm process technology is an admission of failure. The Taiwan fab giant apparently cannot make at its next major node the kind of 3-D transistors needed mitigate leakage current, Bohr said.”

Not true of course. TSMC has a 20nm FinFet process coming (my opinion), Morris mentioned it in the most recent conference call:

“Now FinFET for significant performance case, we’re going to introduce FinFET after the 20-nanometer planar. We’ve been working on FinFET for more than 10 years. We’re quite confident that we will have a robust FinFET technology.” Morris Chang,Taiwan Semiconductor Manufacturing Company Ltd. (TSM) Q1 2012 Earnings Call April 26, 2012 8:00 AM ET 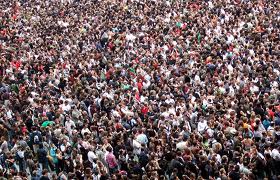 I honestly believe TSMC will have BOTH planar and FinFet 20nm versions. Why? Because the crowd (customers and partners) requested it. Intel will only have FinFets at 22nm. Why? Because Intel is Intel’s #1 customer and that will never change.

Intel has stated many times that they will not compete with TSMC in the open foundry market. Mark Bohr repeated it again, “Intel does not want to be in the general foundry business, but it makes its technology available to a few strategic partners.” Does everybody get that? A FEW strategic partners? TSMC is open to all customers. TSMC does not compete with customers. TSMC is customer driven. By definition, TSMC crowd sources and my bet is on the crowd every time!

Speaking of crowd sourcing, according to LinkedIn there are about 500,000 people in the semiconductor ecosystem now. Since going online in January of 2011 over 250,000 people (unique visitors) have viewed more than 2,000,000 pages on SemiWiki. Now that’s a crowd!

Either way, I do not see this as a zero sum game, both TSMC (foundry) and Intel (IDM) will thrive in the new geometries. The fabless model has brought us many new innovations and a very rich ecosystem which will be very hard to break. To much money is at stake here and Silicon Valley is full of entrepreneurs who thrive on challenge and doing the impossible. Me for example. 😎

Join the discussion in the SemiWiki forum HERE.