Last quarter we said that AMAT got its mojo back and it appears to have even picked up speed going into the end of a strong year.

The display business which had been less than reliable in years past has come up with back to back home runs. Applied is growing both its top and bottom line at well above the sluggish market rates and is clearly… Read More

The final session of the SEMI Industry Strategy Symposium (The CxO Panel) was the most interesting for me because executives from three of the four most influential semiconductor companies were on the panel: Dr. Goeff Yeap of Qualcomm, Dr. Jack Sun from TSMC, and Mr. Mark Bohr of Intel. Who is fourth you ask? That would be Apple of … Read More

Intel CEO Misinformed on the Foundry Business
by Daniel Nenni on 09-09-2014 at 7:00 am
View Profile
View Forum Posts

At the Citi Global Technology Conference last week Intel (INTC) CEO Brian Krzanich made some comments about the foundry business that I found quite misinformed. It will be interesting to see if this theme is repeated during the foundry presentations at the Intel Developer Forum in San Francisco this week:

Is Intel the Concorde of Semiconductor Companies?
by Daniel Nenni on 01-15-2014 at 8:00 am
View Profile
View Forum Posts

An Intel executive recently told me that my Intel articles on SemiWiki are used to motivate employees to work hard and prove me wrong. The converse is also true. The senseless Intel fabless ecosystem bashing motivates me to continue to write so it is a win-win scenario, absolutely. In fact, I should credit Intel’s Mark Bohr… Read More 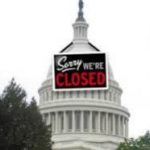 The war of words continues, when will it end? I consider myself a reasonably educated and informed person, certainly above average by U.S. standards, yet I have no idea why the U.S. Government continues to write checks they cannot cash and I don’t know who to believe in the resulting media blasts. I truly miss the days of Ross… Read More

It sure has been an interesting experience watching Intel enter the semiconductor foundry business! While I credit Intel for increasing the exposure of the fabless semiconductor ecosystem to the financial markets, the attention from the Intel biased press is a bit overwhelming. The TSMC and ARM bashing is reaching new levels… Read More 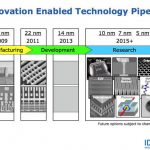 The biggest surprise embedded in the Intel 22nm SoC disclosure is that they still do NOT use Double Patterning which is a big fat hairy deal if you are serious about the SoC foundry business. The other NOT so surprising thing I noticed in reviewing the blogosphere response is that the industry term FinFET was dominant while the Intel… Read More 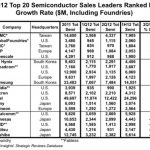 As a fitting postscript to my “Brief History of the Fabless Semiconductor Industry”, semiconductor research company IC Insights compiled a list of the top semiconductor companies for the first half of 2012. As the traditional IDMs go fabless and sink in the ratings, the foundries post record gains led by TSMC at 22%, GlobalFoundries… Read More