Adaptive Power/Performance Management for FD-SOI
by Tom Dillinger on 04-21-2021 at 10:00 am
View Profile
View Forum Posts

A vexing chip design issue is how to achieve (or improve) performance and power dissipation targets, allowing for a wide range of manufacturing process variation (P) and dynamic operation voltage and temperature fluctuations (VT).  One design method is to analyze the operation across a set of PVT corners, and ensure sufficient… Read More

Silicon on insulator (SOI) technology has been around a very long time. I recall five-inch wafers full of SoS (silicon on sapphire) devices while working at the RCA Solid State Technology Center back in the dawn of time. Today, the concept of silicon on insulator is alive and well. Companies like GLOBALFOUNDRIES offer a special … Read More

Designing AI Accelerators with Innovative FinFET and FD-SOI Solutions
by Daniel Nenni on 07-29-2020 at 10:00 am
View Profile
View Forum Posts

I had the pleasure of spending time with Hiren Majmudar in preparation for the upcoming AI Accelerators webinar. As far as webinars go this will be one of the better ones we have done. Hiren has deep experience in both semiconductors and EDA during his lengthy career at Intel and now with a pure play foundry. He is intelligent, personable,… Read More

Embedded non-volatile memory (eNVM) plays an essential role in most systems and SoCs. eFLASH has found its way into a wide range of devices, including automotive, industrial, IoT and those in a mixture of other markets. NAND Flash has proven to be a workhorse in all of these areas. For instance, MCUs use them for code and data storage… Read More

IEDM 2019 had the theme: “Innovative Devices for an Era of Connected Intelligence” of which MRAM is a leading contributor.  Following a very informative Plenary Session, Monday afternoon led off with Session 2: Memory Technology – STT-MRAM.  This session has seven important STT-MRAM papers describing the progress of this … Read More 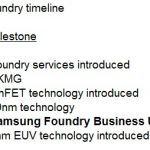 Before getting into … Read More 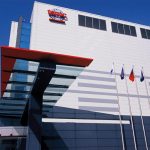