“We are all in this together”. The world faces 250,000 COVID-19 deaths, each a tragic human story. The pandemic will bring a litany of “lessons learned” including lack of preparedness, slow response and uneven recovery. The rapid… Read More

The popular Linley Processor Conference kicked off its spring event at 9AM Pacific on Monday, April 6, 2020. The event began with a keynote from Linley Gwennap, principal analyst and president at The Linley Group. Linley’s presentation provided a great overview of the application of AI across several markets. Almost all of the… Read More

Whether it’s the solid-state disk in your laptop, IoT/automotive hardware or  edge-based AI, embedded non-volatile memory (eNVM) is a critical building block for these and many other applications. The workhorse technology for this capability has typically been NOR flash (eFlash), but a problem looms as eFlash presents challenges… Read More 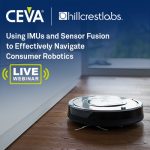 I first heard about NXP crossover MCUs at the 2017 TechCon. I got another update at this year’s TechCon, this time their progress on performance and capability in this family. They’ve been ramping performance – a lot – now to a gigahertz, based on a dual-core architecture, M7 and M4. They position this as between 2 and 9X faster than… Read More

Synopsys and Synaptics Talk About Securing the Connected Home
by Tom Simon on 07-23-2019 at 10:00 am
View Profile
View Forum Posts 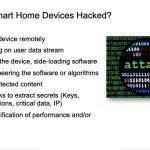 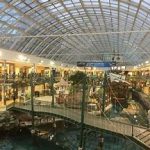