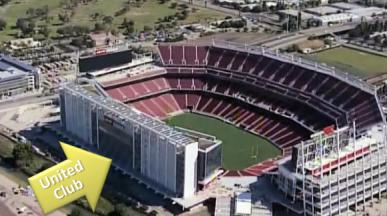 I attended SpyGlass World this week – to give you an update, to catch up with old friends, including users, and to meet some of the new (to me) players from the Synopsys side of the event.

The event was held in the United Club at Levi stadium, just like last year. Don’t know if this will continue. Merging the SpyGlass User Group into SNUG would be logical, also attendance wasn’t as strong as last year, perhaps because no-one expected significant news such a short time after the merger. The marketing guys confirmed it was indeed to soon to share well-developed merger plans.

I’ll spare you a blow-by-blow for the event and will focus just on a few presentations that captured my interest. The detailed schedule is here. As always, it’s a lot more useful to learn about tool usage from real users than from a product company and each of the presenters delivered. 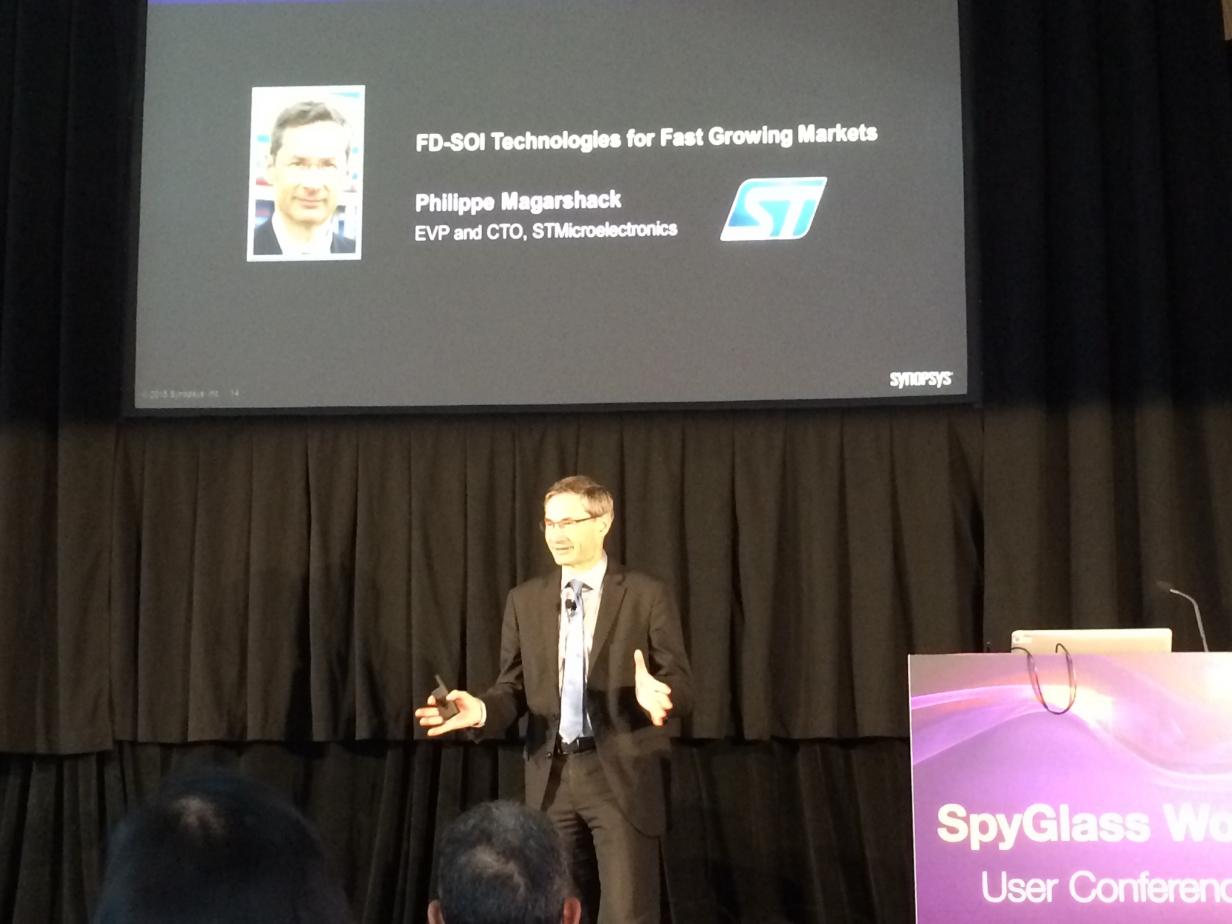 Philippe Magarshack, CTO of ST, gave an enlightening keynote on IoT and FD-SOI. Some highlights: 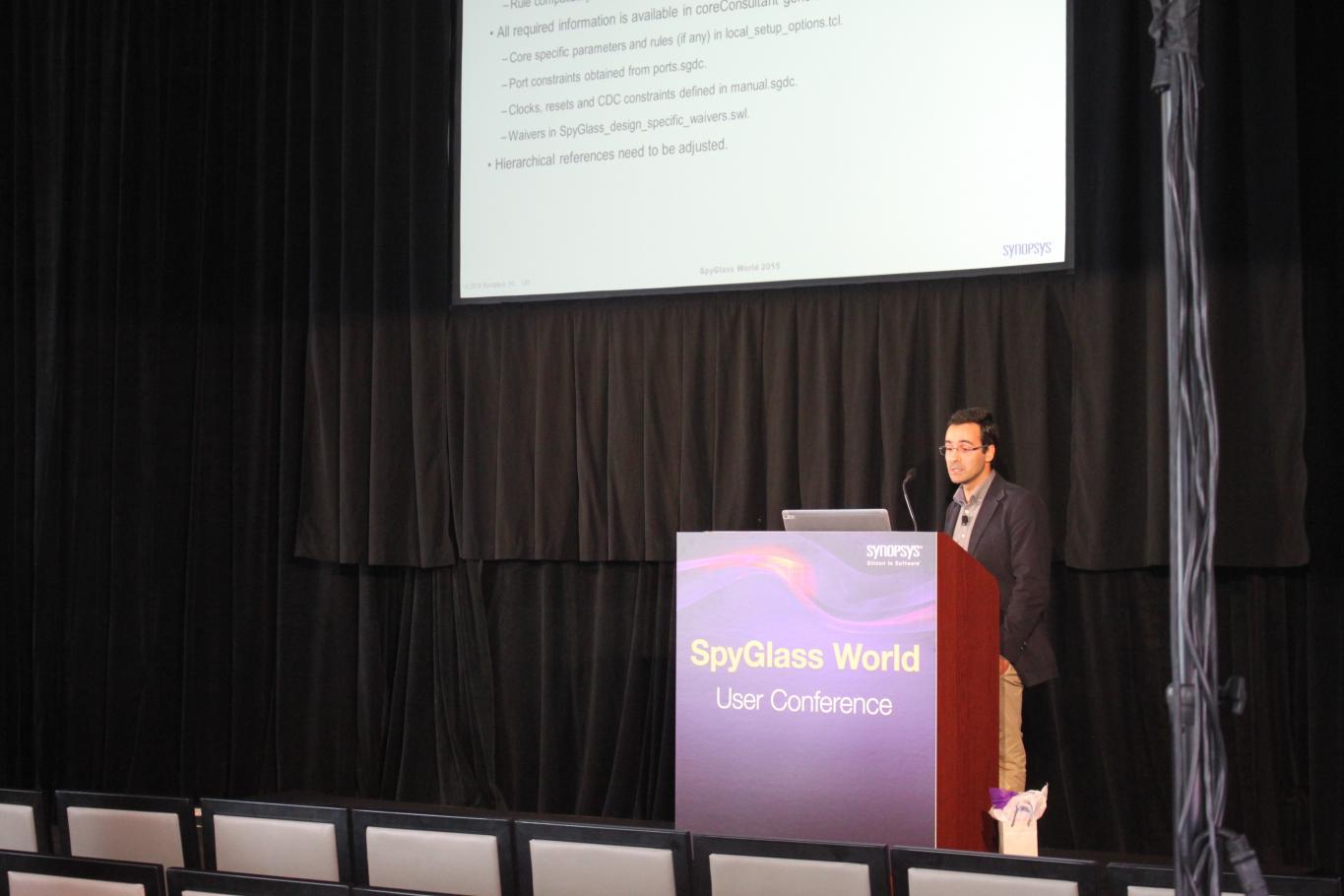 Vitor Antunes from the (Synopsys) DesignWare group gave a presentation on the group’s use of SpyGlass: 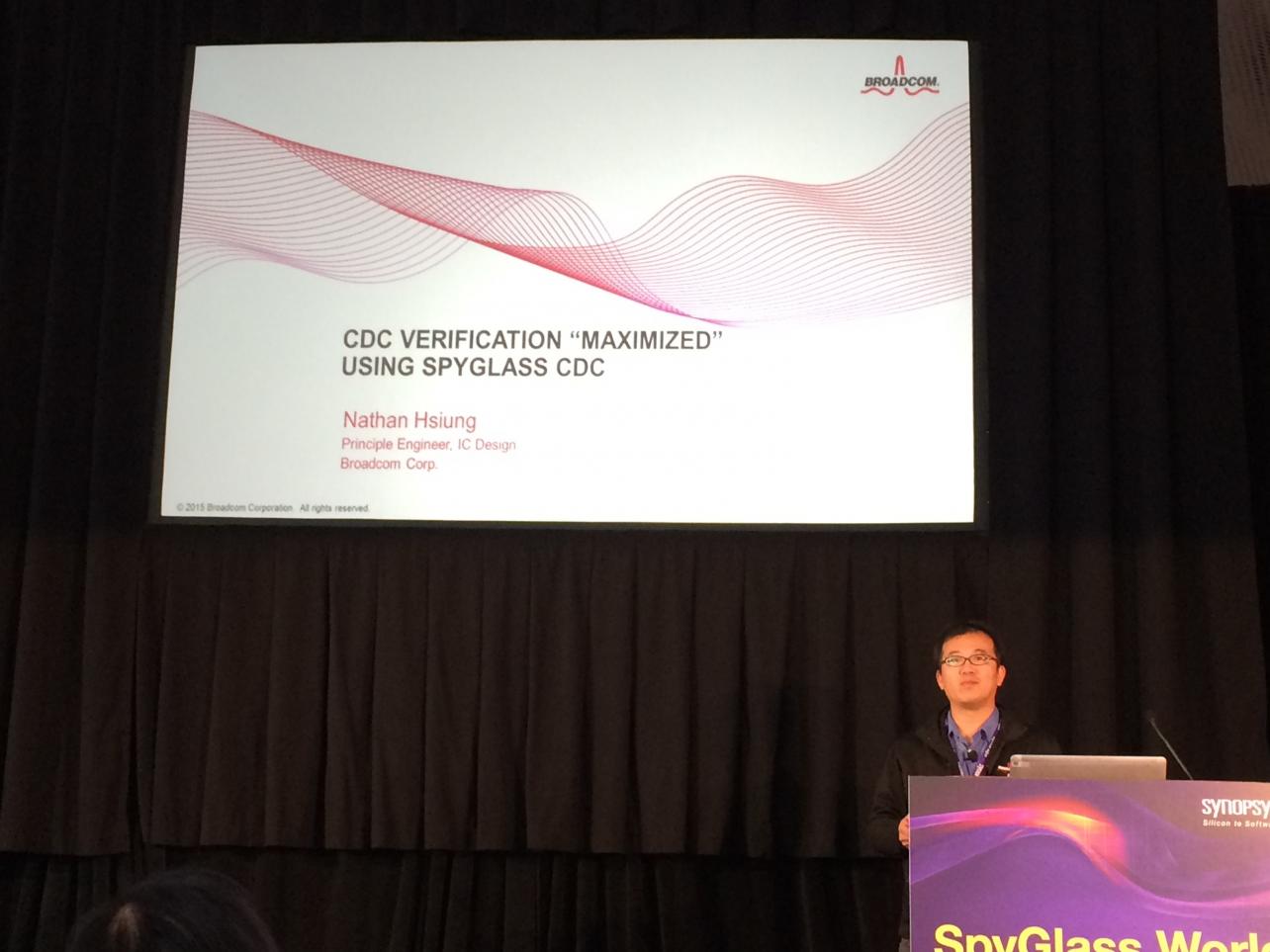 Nathan Hsiung from Broadcom explained their use in validating CDC correctness in large networking chips. What I found especially interesting was their use of the hierarchical CDC flow. Designers generally do everything they can to avoid hierarchical verification flows anywhere – in CDC, timing, you name it. Nathan offered several reasons for why they went hierarchical.

Finally, Michael Sanie from Synopsys presented the Synopsys Verification vision. This is worthy of a separate blog, so I won’t detail it here. You can learn more abut the SpyGlass products, now on the Synopsys website, HERE.