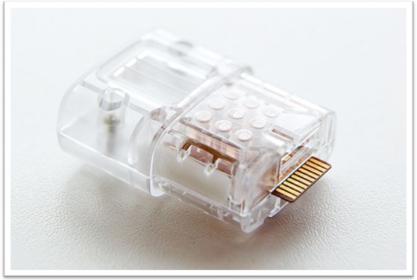 DNA sequencing — which provides vital information on genetics study, forensics, diagnostics and therapies — has been an exclusive territory of high-end research labs with millions of dollars to spend because of the expensive chemical and optical equipment needed for research. That is changing, thanks to complex integrated circuits, a.k.a. systems-on-chip (SoC), which are overcoming cost and technical hurdles to bring the price of human DNA sequencing to US$ 1,000 or less with the eventual goal of reaching US$ 100.

Although DNA sequencing technology based on semiconductor products is still in an embryonic stage, single-chip solutions clearly seem its best hope. Take DNA Electronics (DNAe), for instance. The London-based (UK) firm has embedded the whole diagnostic process on a single chip to sidestep the need for measuring optical signals or using lasers and microscopes. The lab-on-a-chip — as the company founder Christofer Toumazou likes to call it — is a fusion of semiconductors and sensors that uses very small amounts of chemicals to conduct tests on the spot.

Toumazou claims that this single-chip device — built around the company’s Genalysis platform — can be inserted into a USB stick and that it will provide results that are viewable on a computer within 20 minutes. “Genalysis can perform both PCR (for speed) and sequencing (for content) on the same chip in the same analysis, to arrive at a fast, accurate and informative diagnosis.”

According to the European Patent Office data, by 2016, the DNA sequencing market is expected to be worth US$ 6.6 billion and will grow by 17.5 percent annually. But this era of personalized medicine will require highly complex SoCs and ultra high-tech semiconductor tools in order to turn the chemical information of the DNA into a change in the electrical signal.

DNA sequencing determines the order of nucleotides (building blocks of DNA) in a DNA strand, which provides scientists valuable information and serves as the basis for diagnosis of diseases, detection of genetic predispositions to diseases, etc.

In all living organisms, a hydrogen ion is released when DNA strands are extended by a nucleotide, the individual chemical bases of the DNA (known by their abbreviated letters of A, C, T or G). The game-changing technology of DNA sequencing requires signals that are sensitive enough to detect tiny amounts of DNA (nanomolar concentrations). When a signal current is passed through the nanopore (a very small hole created in synthetic materials like silicon), it causes a spike in the current unique to each chemical base (A, C, T or G) within the DNA molecule.

The human DNA set or genome is already mapped, and the order of genetic mutations is known; so a pre-set sequence of nucleotides can be designed that matches genetically mutated ones. Once the target matches, it releases many hydrogen ions, which in turn is detected by the chip. The DNA sequencing is a matrix of hundreds of tiny wells, each well containing a fragment of the subject DNA.

The crossroads of biology and physics is going to be a challenge for the DNA chip developers in their bid to sequence single DNA molecules. But they are steadily overcoming these challenges related to signal accuracy and stability through innovative design and manufacturing techniques and a variety of SoC tools. That’s partly because there is an increased use of semiconductor technology in non-traditional markets like biotechnology.

For instance, Genia Technologies — acquired by Swiss drug giant Roche in June 2014 — is developing a nanopore sequencing technique that is based on a mix of SoCs and NanoTag chemistry. Genia’s NanoTag sequencing technique, developed in collaboration with Columbia University and Harvard University, uses a DNA replication enzyme to sequence a template strand with single-base precision as base-specific engineered tags cleaved by the enzyme are captured by the nanopore. 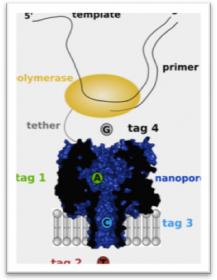 Genia’s SoC-based solution bypasses specialized, expensive optical sensors while detecting changes in electrical current through chips that aim to be as inexpensive as the ones found in mobile phones, PCs and other consumer electronic products. 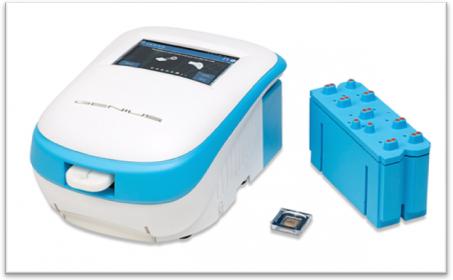 SoC tools to the rescue

Like many SoC device makers, GenapSys doesn’t do all of its development at a single site, but it hosts all the data on a single server. “A lot of ClioSoft technology is tightly integrated into Cadence’s Virtuoso custom IC flow, so it’s not necessary to spend a lot of time interfacing directly with ClioSoft tools,” said Hamid Rategh, VP of engineering at GenapSys. “Like many SoC designs, the GENIUS sequencing chips of GenapSys use Virtuoso’s analog design environment.”

ClioSoft SOS is closely coupled up with EDA tools and syncs-up analog, digital and firmware parts of an SoC

Rategh added that ClioSoft links the whole work area, and that makes a big difference to the amount of disk space required. “You would think this would be less of a problem, with disks continuing to get cheaper, but management overhead for backups is still an issue.”

The GenapSys example shows that tools like Cadence Virtuoso coupled with ClioSoft’s SOS design management platform can bring necessary impetus to the DNA sequencing SoCs in their bid to bring stability and scaling to semiconductor-based solutions and eventually to bring down the costs of next-generation DNA sequencing technology to affordable levels.

Majeed Ahmad is author of books Smartphone: Mobile Revolution at the Crossroads of Communications, Computing and Consumer Electronicsand The Next Web of 50 Billion Devices: Mobile Internet’s Past, Present and Future.