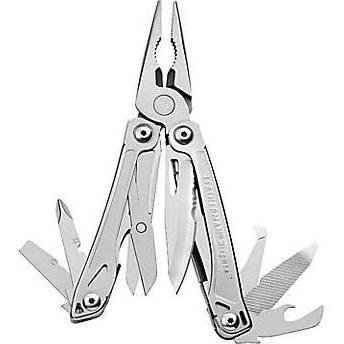 Starvision Pro from Concept Engineering is a bit like one of those Leatherman multi-tools, it has a huge number of different functions, some of them fairly specialized but nonetheless incredibly useful. Many of these functions are unique to Starvision Pro, with nothing else like it on the market. Some new videos, produced by EDA Direct, who are Concept Engineering’s US distributor, show some of these applications.

Designing an SoC these days is mostly about IP assembly. This means that design teams acquire IP blocks which they did not design themselves and so are not familiar with. Working on these blocks, to customize them or even just understand them, requires the capability to manipulate them in various ways quickly and efficiently.

The first video is taking in a large complex netlist and pruning it down to something more manageable for detailed analysis. Large netlists create confusion and are simply less productive when all you want to do is find a single trace, a single critical path or a small sub-chunk of a module. Starvision Pro has an incremental design navigation feature called cone-extraction which allows you to focus on the part of the netlist in which you are interested while hiding the rest of the netlist that is not of immediate interest. In a special cone-window you can explore the connectivity up and down the hierarchy or, with a flat netlist, nagivating through the sea (ocean) of logic gates. The chunk/fragment/partition/pruned netlist can also be saved as a Verilog or SPICE netlist for further simulation.

Click on the picture below for the video (9 minutes) 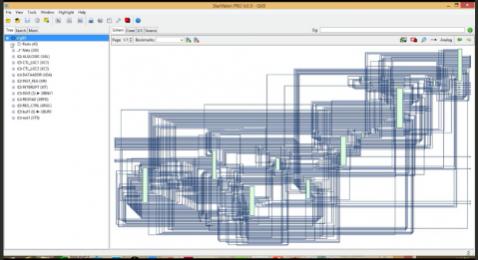 Next up, how to take a flat netlist and add hierarchy. Why might you want to do that? If you have received 3rd party IP then it might not have enough hierarchy to make the design easy to understand or manipulate. Never fear, Starvison Pro can make it easy to turn flat into hierarchical quickly.

Click on the picture below for the video (8 minutes) 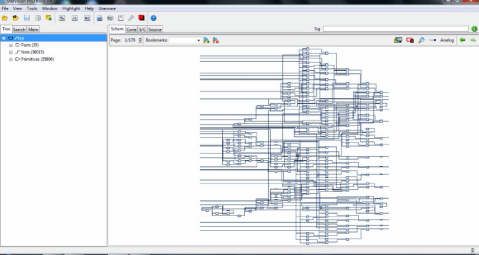 Finally, processing post-layout parasitic files like DSPF/SPEF. You often find yourself trying to read lines of text and figure out the connectivity between different nets with lots of parasitics. Starvision Pro lets you read the file and
view the entire connectivity of the parasitic network in the form of a schematic. YOu can not only examine the schematic but the tool helps you debug the RC network net by net.

Click on the picture below for the video (6 minutes) 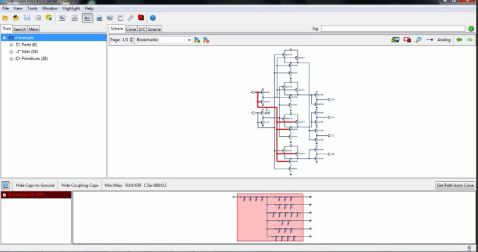 The video gallery, containing all these videos and more, is here.