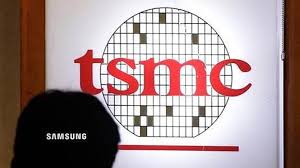 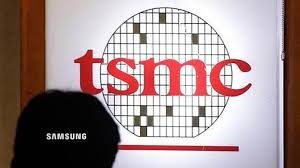 There have been reports of up to 6 month lead time quotes which is untenable for companies that need to keep releasing newer, faster, better versions of products to stay ahead of the pack or at least keep up with the pack.

This begs the question as to whats happening in the leading edge foundry market? Normally there is some sort of balance between TSMC and Samsung with each taking a portion of leading edge business and customers, such as Qualcomm, like it that way so they are not dependent upon one supplier who would otherwise have them over a barrel.

Samsung 7NM yield problems?
It sounds as if Samsung is having yield issues at 7NM. This may be a repeat of Samsung’s 10NM which was prematurely pre-announced and then fell flat. If foundry customers can’t get yield from Samsung then TSMC is the only 7NM game in town and the lines will be out the door (like they apparently are…).

With GloFo dead and everyone else years behind, TSMC may be opening up an unstoppable lead.

Is EUV the culprit?
Samsung has been very aggressive in pushing EUV , in their foundry operations, and suggesting they had the lead in EUV and their designs would be far superior.

Samsung was obviously trying to tweak Apple into re-considering using their “frenemy” Samsung as a foundry ever since Apple dropped them.  Apple has had a high interest in EUV due to potential power savings and other benefits.

It seems as if Samsung may have bit off more than they could chew and the aggressive use of EUV for more layers may be the cause of the yield problems.  They were basically pushing something that was not yet ready for prime time.

Its going to be both hard and embarrassing to reverse course and reduce EUV use now to get yields back up….not pretty.

Maybe Intel is smarter than we think for go slow on EUV
Intel has been slower than both TSMC & Samsung in the adoption of EUV.  Perhaps its because of being gun shy after the 10NM debacle or perhaps they understood the challenges better.

It may turn out that go slow on EUV may have reduced the risk of another yield black eye, which Samsung may be dealing with now.

TSMC is the only game in foundry town
TSMC has been all but unstoppable. They have kept up the Moore’s law cadence without a hiccup and recently said that Moore’s law has a long life ahead of it. If customers want bleeding edge chip performance there is clearly one game in town.

TSMC should be able to make bank on this advantage in the market. Now just with 7NM but future generations as well as more customers will sign up for 6NM, 5NM and beyond.

Customers of Samsung will have to pay up big time when they go to TSMC to get devices foundered. This just accelerates the move to TSMC that was already occurring but turns it more into a stampede

ASML
Obviously if EUV is finally revealed to be the issue it would be a large negative for ASML from a PR perspective.  From an actual P&L perspective I think there would be minimal damage as ASML is sold out on EUV any way.

EUV is absolutely inevitable but it was clearly very difficult and long to get machines built and just as hard to get the process to work. ASML can still point to TSMC’s success and Intel’s future success and probably shift the blame to Samsung.

Its unclear where the yield issues may specifically be and we may never know for sure….just like Intel at 10NM

Apple is safe
Apple has been TSMC’s BFF for a number of nodes now and they are fully signed on with TSMC and TSMC will bend over backwards to get Apple al the chips it needs, so no problem here. They have a permanent pass at the velvet rope.

AMD also in good shape
AMD threw all its eggs into TSMC’s basket, and while not nearly as big as Apple or others, they are clearly a friend of TSMC. They have also signed on for wafer production so they already have secured their place in line.

The only issue here is that if AMD has huge share gains against Intel they may be supply limited as they likely signed up for a specific amount of production which was probably a conservative number.

Qualcomm has a problem
Qualcomm is or was the most significant customer of Samsung, trying to split the business with TSMC to diversify supply and play them off against one another. Now they have to go back to TSMC and get on the end of the 7NM line and probably pay a premium to boot. Not a good place to be right now especially with the hypercritical roll out of 5G coming up right now.

Qualcomm has absolutely no choice but to pay whatever TSMC demands and sign up for whatever TSMC wants.  The timing couldn’t be worse for them. The Samsung yield issue could cause a major problem for Qualcomm’s on time roll out of 5G. I would imagine that Qualcomm might think twice about risking future production with Samsung.

While investors are all excited about 5G, a delay could be a big blow which could cause a drop in the stock especially if they had to announce it.  We would consider being light or short the stock if this pans out.

Broadcom is happy
As both a customer and friend of TSMC , Broadcom has no problems and obviously could benefit at Qualcomm’s problems if Qualcomm can’t get new 7NM parts in a timely manner.  Broadcom does not have a significant Samsung exposure so little downside.

Intel could use FUD factor against AMD
Although Intel gets no direct impact either way they could try to put the FUD (fear, uncertainty & doubt) factor into customers minds who can choose between AMD and Intel by questioning AMD’s ability to deliver based on growing TSMC lead times.  We don’t see this as a real issue but it could cause problems.

Samsung
Obviously Samsung is already suffering under poor memory pricing with the prospects of a very slow memory recovery.  The foundry side of the business did not account for a lot of external revenue, especially when compared to memory but none the less it would be a further blow to Samsung’s revenue coming at a very bad time given that semiconductor sales is the vast majority of Samsung’s profits. This is of course not to mention that Samsung makes its own processors for its phones whose supply could also be at risk.

This is on top of the risk of supply of semiconductor materials from Japan that are threatened to be cut off. A yield problem at 7NM is the last thing Samsung needs right now.

This of course adds to the probability that Samsung’s spending will remain low as they now have even less semiconductor revenue to pour back into their fabs.

Not pretty at all….maybe a “short”

KLA
Given that KLA specializes in yield management and increasing yield and finding problems it could benefit from any added spending to find and fix the problems as well as prevent future problems.

Nothing helps the sale of process monitoring equipment like a good yield bust…..

4 Replies to “Is Samsung having problems with 7NM? Do long lines at TSMC prove that?”