Podcast EP4: Can China Really Become Self-Sufficient in Semiconductors?
by Daniel Nenni on 01-22-2021 at 10:00 am
View Profile
View Forum Posts

Dan and Mike are joined by industry expert Robert Maire for a discussion on China based semiconductors. Robert is an internationally recognized expert on all aspects of semiconductor manufacturing. He joined SemiWiki in 2015 and his blogs have garnered more than 2 million views and many pointed discussions. Robert founded Semiconductor Advisors in 2007. Before that he held executive level positions with Morgan Stanley, Donaldson, Luftkin & Jenrette, Bear Sterns, and Needam & Company.

Official Bio: Robert Maire is President of Semiconductor Advisors, a consulting firm that provides financial and strategic advisory services to technology companies as well as investors specializing in the semiconductor, semiconductor equipment and electronic technology sectors.  Prior to that, he was among the first Wall Street analysts to cover semiconductor & semiconductor equipment companies for Morgan Stanley, DLJ, Bear Stearns and Needham, spanning a period of over 20 years. Mr Maire was responsible for raising billions of dollars, more than any other financial professional in the industry, through IPOs and other financing activity for companies such as Applied Materials, KLA, ASML, Sandisk, Agilent, Veeco, Cymer, Rudolph, MKS and many others.  He has provided critical insight and advice on many M&A transactions. He has been cited by both the Wall Street Journal and Institutional Investor for his analysis work.  He publishes his acclaimed “Semiwatch” newsletter, which is a leading source of information and opinion for investors in the sector. He is frequently quoted in financial media such as The Wall Street Journal, Barrons and numerous online sites . He holds BSEE and BSCS degrees from the State University of New York at Stony Brook. 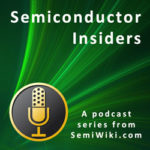