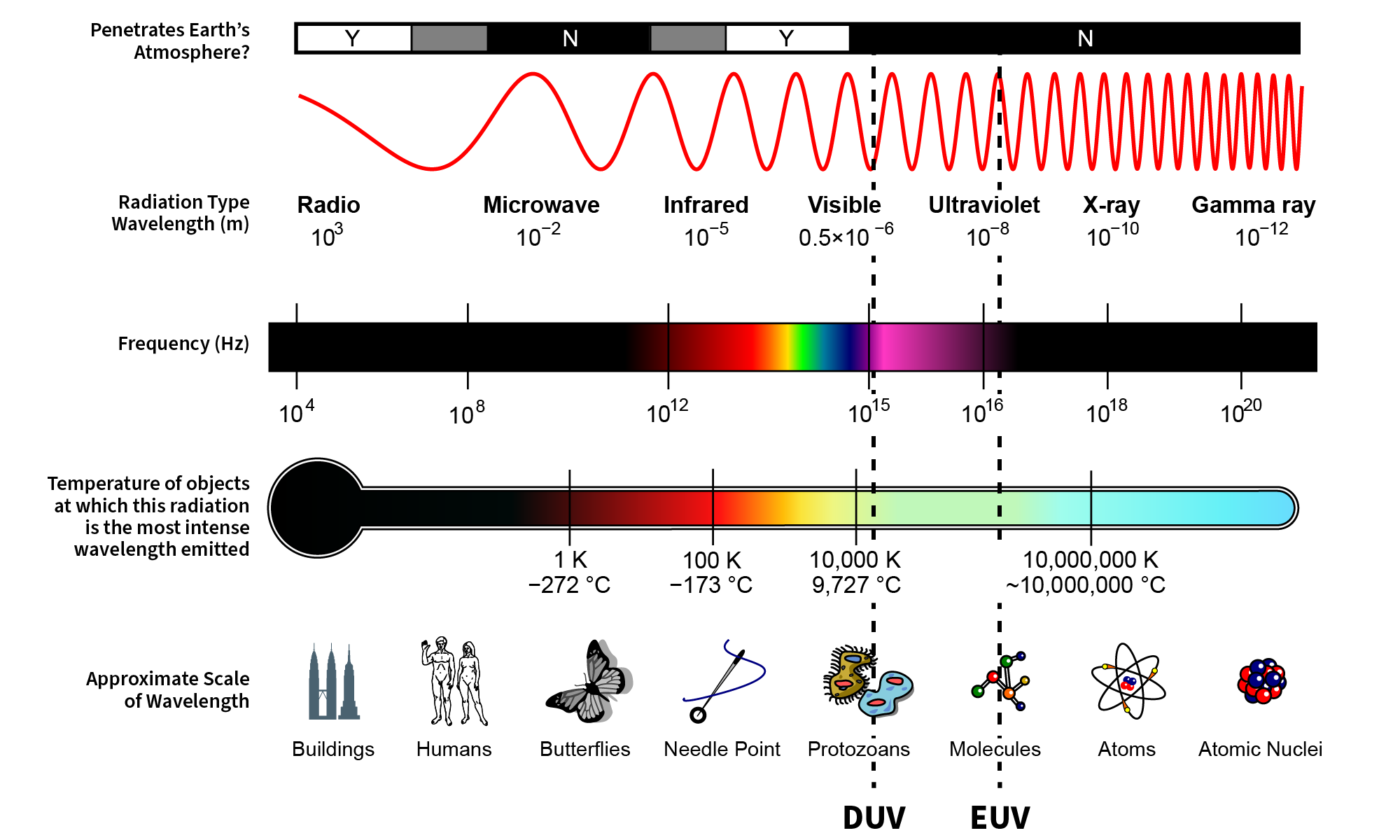 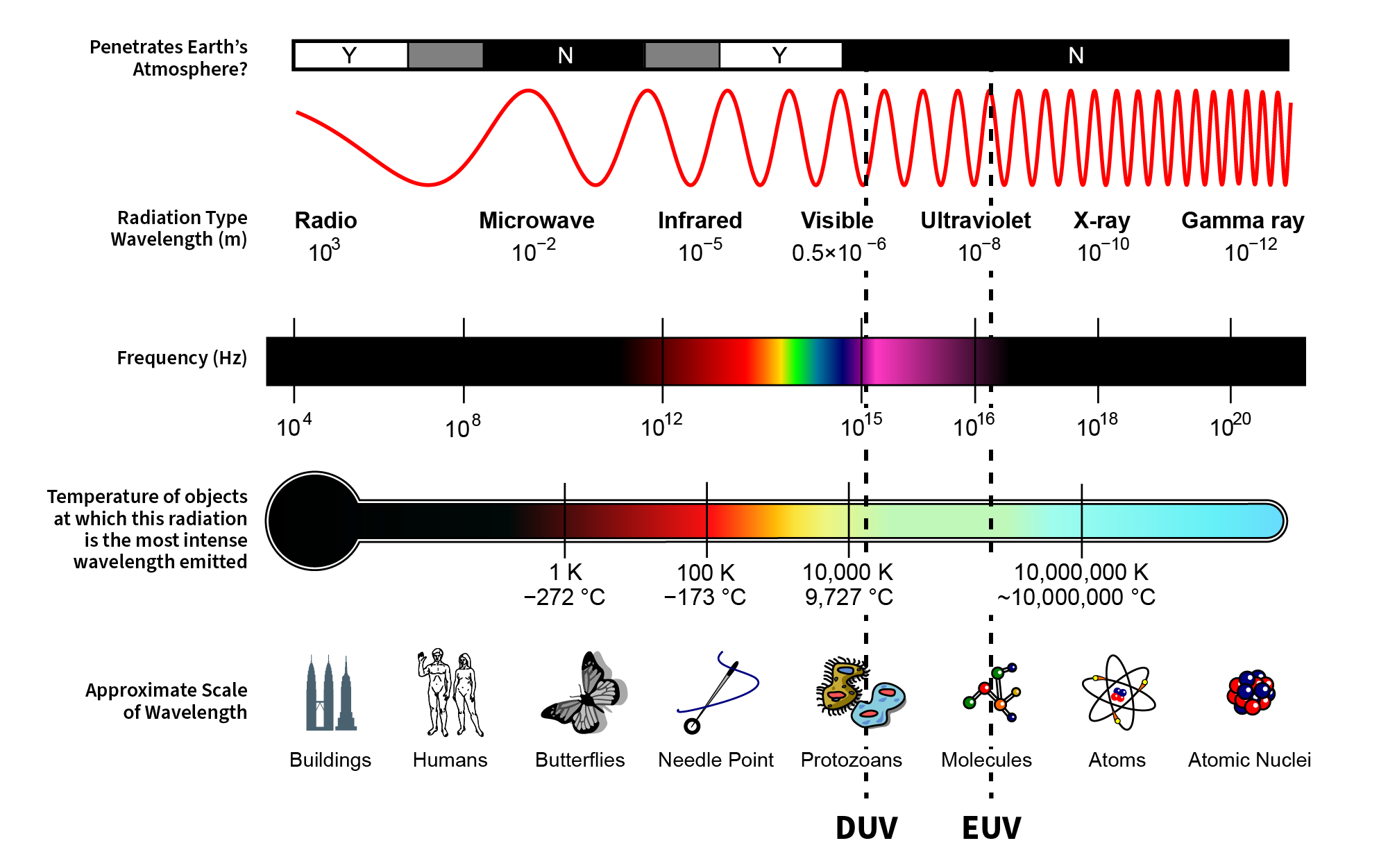 DUV, EUV and now “PUV” to become next generation lithography

Lithography is the locomotive the pulls the entire semiconductor industry along the Moore’s Law curve to ever smaller feature sizes by using ever smaller wavelengths of light to print smaller and smaller transistors. Light is the paintbrush and shorter wavelengths is akin to using finer and finer paintbrushes.

The industry has gone from using “G line” and “I Line” visible light to DUV, ultraviolet light generated by Krf (248NM) and Arf (193NM) laser sources. We have now transitioned to the smaller “paintbrush” of EUV, or extreme ultraviolet at 13NM.

The industry is already forced to use optical tricks to print 5NM and 3NM features from 13NM light, much as with prior nodes, but is already running out of gas so we have to move to an even shorter wavelength than EUV for future nodes.

PUV is the next generation of lithographic light at 6.5NM. This is still considered “soft XRay”, so we can use current lens and reticle technology, as we are not into “tender” or “hard” XRays of sub Nanometer wavelengths.

One of the key advantages of PUV is that the light source is polarized (hence the name “P”UV) which allows for more accurate printing. In fact the proposed litho tools will have two light sources of opposing polarity (P & S) for higher contrast.

The other nickname for the new technology is “Plaid” which also indicates the cross hatching of crossed polarity printing.

It is rumored that Intel is working with Tesla as the supplier of the battery technology for Plaid UV as it has significant experience in this area.

Plaid could accelerate Intel past TSMC in race to leading edge

If it is Intel working on PUV and they are successful it could be the secret weapon that accelerates them past TSMC in the race to leading edge of technology. Not only does Plaid offer much smaller feature sizes and higher contrast, it also offers higher throughput (speed) as its much higher power light.

In addition there is the potentially huge benefit that existing EUV tools could be retrofitted with Plaid sources as the EUV lenses and reticle are compatible (in theory).All of this makes Plaid well beyond Ludicrous…

The conflict in Ukraine has had far reaching impact around the globe as international trade has slowed and may grind to a halt between the East and West. This is of key concern in the area of rare earth elements and especially noble gases which Ukraine was a large exporter of, as production has essentially stopped.

Neon, which is used in lithography tools seems to be in adequate supply for the time being but could run short over time. Xenon is potentially used in future EUV reticle inspection tools, also hard to find.

Rare earth elements come primarily from China and some from Russia and other countries, with lower cost labor and lax mining regulations. Yttrium (Y) is used not only in LEDs but also as a lining inside deposition and etch chambers to protect them. Neodymium (Nd) is used in magnets in electronics.

Phlebotnium (Ph) is a key nanotechnology ingredient mechanically applied to enhance wafers. Unobtainium (Uo) is high on the periodic table and is used in matter/anti-matter experiments due to its instability and isotope half life. It is currently one of the key raw materials in advanced, atomic layer, selective deposition and etch tools due to these unique, otherworldly, characteristics.
Alternate sources of these rare materials needs to be developed quickly. The US used to have rare earth mines but few if any are left. A new mined source of Unobtainium is from Pandora but will take time to develop, and may require help from Elon Musk as well, for transport.

Its not just money and fabs that are needed for US self sufficiency in chips, its elusive, hard to find, rare materials as well.

Strategic Wafer Reserves may be released to alleviate shortages

The US recently announced that it was releasing a million barrels of oil a day from the strategic reserves. It is not widely known but there is also a strategic reserve of semiconductor wafers. Obviously it would be difficult to store chips of every type and vintage but common devices, mainly memory and CPU types are stockpiled by the defense electronics agencies. This is especially important as many semiconductor devices used in defense applications have been discontinued long ago.

While not huge, a release of strategic wafer reserves could help is some areas in which chips are in short supply. Rationing of those released devices will obviously be on a prioritized basis for applications that are the most needy.
We could see memory pricing negatively impacted if stockpiles of memory chips are released too quickly into the market, but it would have the effect of lowering prices and inflation in semiconductors in general.

Is there a “kill switch” built in to semiconductor equipment?

Russia does not have very much in the way of a semiconductor industry. Unlike China, Russia has not figured out the critical importance that the semiconductor industry plays in todays world. They are perhaps the only remaining manufacturer of vacuum tubes because much of their electronics still uses them. There are a handful of ancient fabs in Russia producing 10 and 15 year old technology semiconductors that is probably right in line with their current state of the art for electronics as well.

Pretty much all of the semiconductor equipment in Russia comes from the West. We wonder if any of that equipment has remote “diagnostic” capabilities. Could it be disabled, turned off or maybe just stop shipping spares and consumables?

Its no small wonder why TSMC is so paranoid about the tools in its fab. USB sticks are not allowed in and there are no live internet connections allowed in the fab for fear of remote hacking.

Maybe tool makers should install wireless backdoors into their equipment for non-paying customers…. or maybe they already have… you never know.

About Semiconductor Advisors LLC
Semiconductor Advisors is an RIA (a Registered Investment Advisor), specializing in technology companies with particular emphasis on semiconductor and semiconductor equipment companies. We have been covering the space longer and been involved with more transactions than any other financial professional in the space. We provide research, consulting and advisory services on strategic and financial matters to both industry participants as well as investors. We offer expert, intelligent, balanced research and advice. Our opinions are very direct and honest and offer an unbiased view as compared to other sources.
‌