Results were in line after correcting Covid Caused Revenue Rec issue-
ASML reported revenues of Euro3.3B and EPS of Euro1.79 as revenues from two EUV systems was not recognized, due to … Read More

The Stochastic Impact of Defocus in EUV Lithography
by Fred Chen on 06-28-2020 at 6:00 am
View Profile
View Forum Posts

The stochastic nature of imaging has received a great deal of attention in the area of EUV lithography. The density of EUV photons reaching the wafer is low enough [1] that the natural variation in the number of photons arriving at a given location can give rise to a relatively large standard deviation.

EUV (Extreme UltraViolet) lithography has received attention within the semiconductor industry since its development inception in 1997 with the formation of the EUV LLC [1], and more recently, since the 7nm node began, with limited use by Samsung and TSMC being touted as key advantages [2, 3]. As with any key critical technology,

As any semiconductor process advances to the next generation or “node”, a sticky point is how to achieve the required higher resolution. As noted in another article [1], multipatterning (the required use of repeated patterning steps for a particular feature) has been practiced already for many years, and many have… Read More

Electrons have the last word
The resist exposure is completed by the release of electrons following the absorption of the EUV photon.… Read More 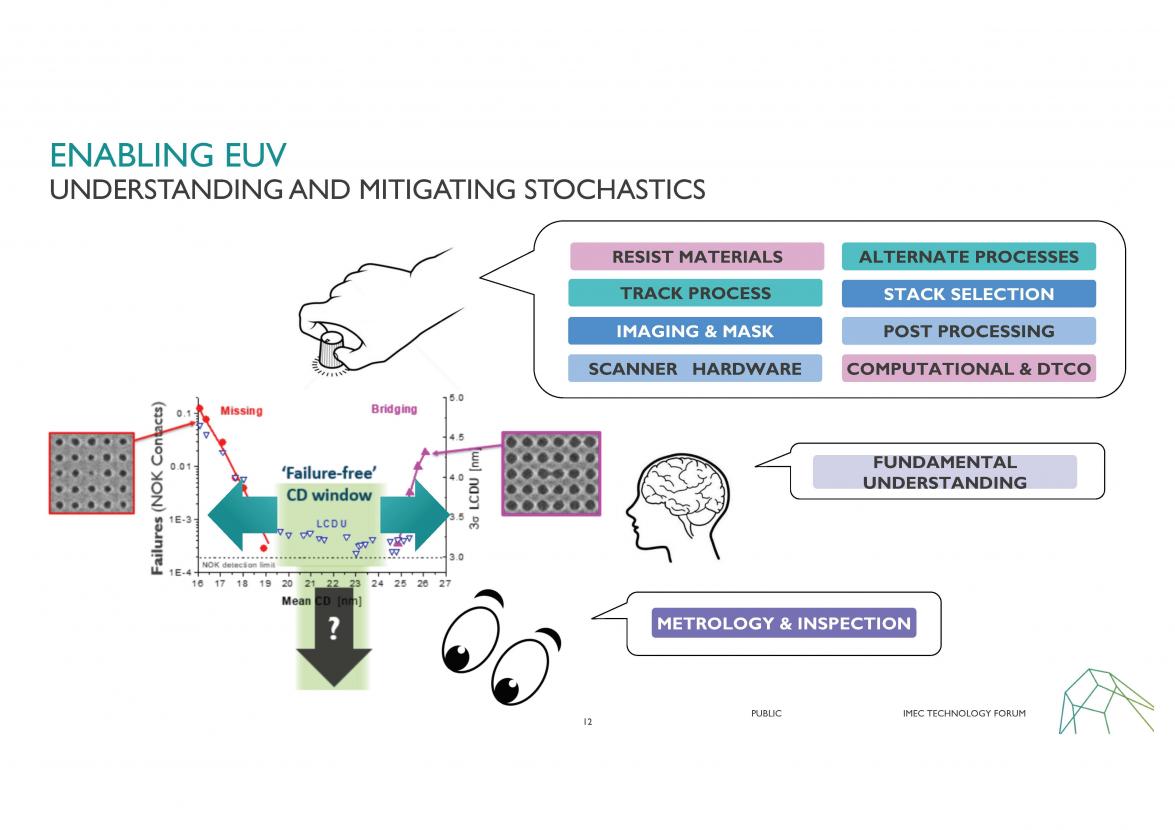 At SEMICON West I attended the imec technology forum, multiple Tech Spot presentations and conducted a number of interviews relevant to advanced lithography and EUV. In this article I will summarize what I learned plus make some comments on the outlook for EUV.… Read More