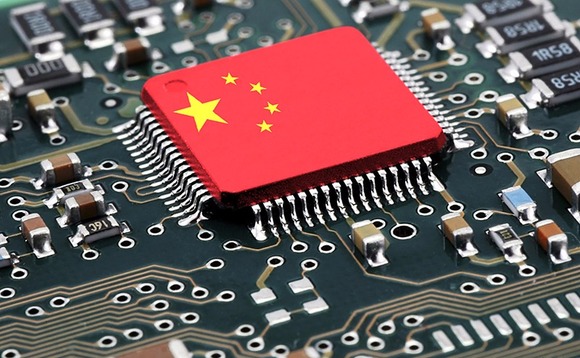 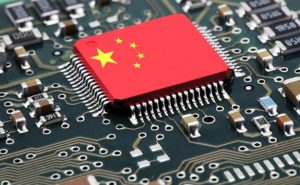 -If you can’t beat them, embargo them
-It has been reported US wants ASML to halt China DUV tools
-US obviously wants to kill, not just wound China chip biz
-Is this embargo the alternative to failed CHIPS act?
-Hard to say “do as I say, not as I do”- but US does anyway

News reports suggest that the US government wants the Netherlands government to prevent ASML from even shipping DUV tools to China.

It seems as if the US just wants an outright ban on all lithography tool sales to China. We would image that it is likely that the US has contacted both Nikon and Canon who also make DUV tools but not the more advanced EUV tools as just banning ASML would be pointless.

A ban on both DUV and EUV tools would put China back in the stone age of chip manufacturing somewhere in the 1990’s at .25 micron and worse.
This is not an attempt to hobble China’s chip industry, its an attempt to kill it outright. They would be all but out of business….China 2025 would become China never never land.

If you are going to an litho equipment, you might as well ban process tools, such as those made by Applied Materials and Lam and yield management tools like those sold by KLA.

Maybe China could get its act together and develop a half baked DUV tool or buy tools on the secondary market but stopping associated yield management tools and process tools would be the coup de grace for China’s chip efforts.

“Do as I say, Not as I do” is hard to support when its an outright ban

We think its obviously quite hard for the US to make the case to the Netherlands to halt all sales to China when the US continues to sell billions of dollars of tools to China which is the number one market and fastest grower for US semiconductor tool makers. Its beyond hypocritical. Its almost laughable.

Obviously stopping the sales of litho tools will be the most effective but you should lead by example and halt your tool sales as well….no reason not to.
Obviously its a bit more palatable to hurt a foreign company than US companies that spend millions lobbying in Washington.

You could make the case that the drive laser in EUV tools which comes from former Cymer in San Diego borders on military technology for high power lasers but you can’t make the same case for DUV as “military grade”. The US obviously has some left over leverage from approving the Cymer sale in the form of some non public veto power.

In a note we had written not too long ago we suggested that if the CHIPS Act fails that the US would resort to sanctions and embargoes on China to get similar results at little to no cost. We can basically kill off the US’s primary competition in the chip space for near zero dollars without having to spend to bolster the US industry…all it takes is some sanctions and embargoes. Kinda like how organized crime deals with the competition, they sleep with the fishes.

Semiconductor supply and demand is a zero sum game

Investors and many others seem to forget that the semiconductor industry is a global zero sum game. Meaning that if China can’t produce chips needed by the world then they will be produced elsewhere…in Taiwan, Japan, the US, Europe etc;.

The world will still turn and we will still get the next generation of chips for our iPhones and AI driven electric cars.

In addition ASML will still get to sell all the litho tools it can make. If ASML can’t sell their litho tools to China there will be other non China chip makers waiting in line to take up the slack, buy the litho tools and churn out chips at a slightly higher cost than China would have.

Little to no impact

The bottom line is this has little to no impact on ASML’s long term strength or success. The only thing that will happen is that the shipping address of ASML’s tools will change. Any competition ASML was going to have from locally made litho tools in China was going to happen anyway.

Process tools are easier for China to duplicate but still very difficult so we don’t see a lot of fall out for AMAT or LRCX any time soon. KLA is next after ASML in terms of complexity and difficulty to copy.

Is likely very good for the US as we won’t become entirely dependent on China like we are for pharmaceuticals, solar panels and LEDs…which are industries they took over.

ASML’s stock was off 7% on the news, which is a gross over reaction of a knee jerk by those investors who don’t understand the concept of the zero sum game of the chip industry and the fact that ASML will just sell the same tools to other countries with hardly a missed beat.

Other stocks were off in sympathy to ASML which was also a bit of an over reaction. Obviously investors continue to look for bad news in any story. Not much bad news here…probably more positive for the US (and other countries) chip industry in the long run…..

6 Replies to “ASML- US Seeks to Halt DUV China Sales”