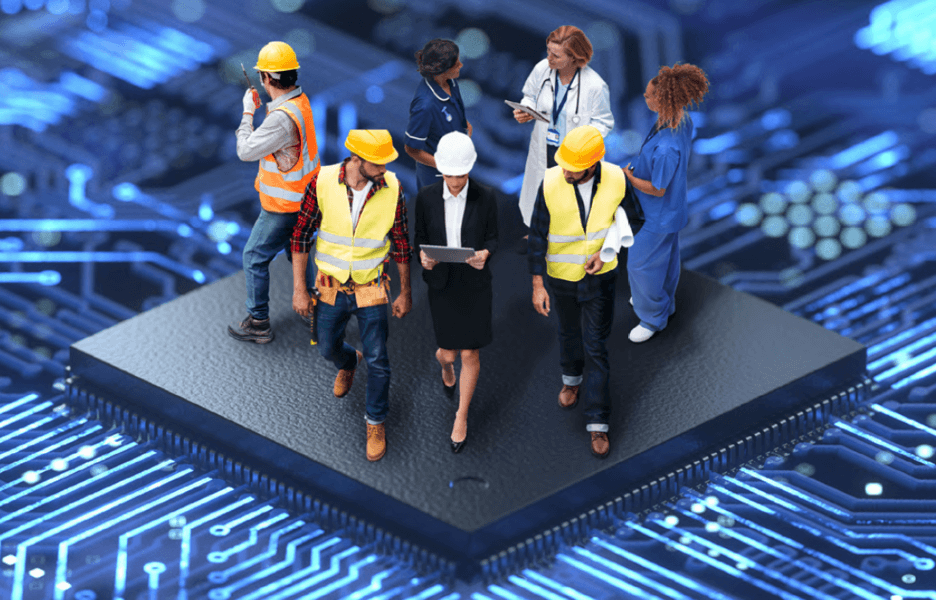 Chips for America act seems drowned out by partisan screaming

We have been saying, for some time now, that the odds of passing a compromise version of Chips for America has been fading. It seems like that probability is fading fast as we close in on both summer vacation and the fall elections. There has been a non-stop flow of large news items that have taken up everyone’s mindshare and especially those in the government.

The partisan divide has grown much wider than ever with total lack of cooperation that gets worse as the prospect of a change in control gets closer.

Cars are getting built even the Ford F150 lightning

One of the main things that got legislators attention is when the car industry ground to a halt due to lack of chips. That is not longer the case, America can get its beloved F150 and even the electric version (although at a huge premium over sticker).

So the issue that brought chips to the forefront of American minds has faded quickly. I can only imagine someone bringing up the semiconductor issue in the halls of Congress being laughed at and told the problems over because I can now buy a car.

Spending money on a problem that seems to no longer exist is likely not popular. The semiconductor industry may be fading back into the woodwork where it came from. Spending $52B right now seems far fetched. We had our moment in the sun and blew it.

Anti China sentiment still exists and may be worse

Meanwhile the Taiwan strait is still a parade of US and Chinese Navy ships and the provocations are worse than ever. It certainly doesn’t help when a Chinese official calls for the seizing of TSMC in the public media. Something I am sure is in China’s minds but would never be so bold as to publicly suggest.

Obviously China could never seize TSMC as it would be a hollow prize. Within a week, operations would cease due to lack of critical support of the entire tool infrastructure industry much as we saw already happen in China with Fujian Jinhua which stole trade secrets from Micron. So threats of seizure are themselves hollow.

This all amounts to an interesting stand off reminiscent of mythology of Tantalus.

Rather than pump up US chips, knock down China Chips

While Chips for America may be dead or dying the concern about China remains. If you can’t keep the US ahead in the Chip industry by throwing a paltry amount of money at it then the next best alternative is to knock down the Chinese chip industry instead to accomplish a similar goal.

Sanctions and embargoes don’t cost money that would cause an unpopular partisan fight in Congress. Both Republicans and Democrats are concerned about China and it will likely be much easier to compromise on something that doesn’t cost money, especially in inflation in a critical election year…sanctions.

Slapping further sanctions on China is likely to be more palatable to legislators and voters. It doesn’t cost money and will hurt China where it hurts most…in semiconductors.

Russian auto manufacturers have had to go back to stone age cars due to the lack of chips so its very clear evidence that chip sanctions work very well for zero money.

The US can tighten restrictions on most all types of semiconductor equipment and many chip exports to China. Not just leading edge or military specific but more mundane chips such as what happened in Russia. Obviously not going anywhere near as far as the outright embargo in Russia but at the least a tightening. Its not like the Chinese can seize TSMC in response.

Given the success of Russian sanctions it seems the likely path instead of spending will be sanctions on China. This obviously does have risks and victims. Clearly the US semiconductor equipment industry will not be happy to have their number one market for product constrained in any way. Companies that depend highly on China, such as Apple, who are already trapped in the middle may get squeezed even more.

Its unclear how China could respond. Would this push them closer to Russia? But China is pretty close to Russia anyway. The US probably wants to be less reliant on China anyway. Biden’s statements on Taiwan seem to have happened without significant response. We may view sanctions as an effective weapon without as much risk as previously thought.

Our summary is that the death of CHIPS for America may be the cause of more sanctions rather than spending which may have the opposite of the desired effect on the chip industry but perhaps legislators don’t care anymore.

We did not see much positive impact from the CHIPS for America act anyway. $52B spread over 5 years cut up into little pieces meant very little impact on individual companies and more likely more in line with pork barrel politics. So we think the lack of CHIPS for America has near zero impact on the industry either short or long term.

In the long run it likely equalizes as semiconductor demand is likely a zero sum game which means that semiconductors not used in China will be used elsewhere.

There is obviously more risk to consumer goods manufacturing in China as it may be difficult to differentiate Chips helping China from chips going back to US consumers. Apple and PC manufacturers would have more risk.

Sanctions may also help the re-shoring of chip production to the US as companies would not to be exposed to having their supply chain routed through China.

Over the longer term US consumer companies would likely lose out to local Chinese companies as we saw in the smart phone market or APP market so maybe the Chinese market isn’t a loss of anything that was going to be lost anyway.

It certainly complicates the supply chain which has yet to recover and makes sourcing of rare earth elements and critical gases even worse than the loss of Ukraine.

We would hope that if sanctions are deployed instead of CHIPS for America that they are done so slowly and carefully so as to minimize the shock to an already damaged technology supply system.

About Semiconductor Advisors LLC
Semiconductor Advisors is an RIA (a Registered Investment Advisor) specializing in technology companies with particular emphasis on semiconductor and semiconductor equipment companies. We have been covering the space longer and been involved with more transactions than any other financial professional in the space. We provide research, consulting and advisory services on strategic and financial matters to both industry participants as well as investors. We offer expert, intelligent, balanced research and advice. Our opinions are very direct and honest and offer an unbiased view as compared to other sources.

5 Replies to “CHIPS for America DOA?”