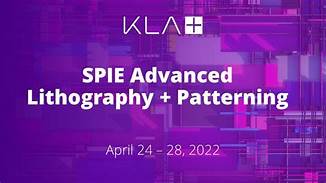 KLA can “dial in” numbers given the huge backlog

Historically KLA has almost always been able to accurately dial in numbers for the next quarter given the huge and long backlog they have. The current backlog is out the door and down the street and not likely to shorten any time soon.

This results in the ability to both guide and deliver numbers wherever they wish. Some segments remain a little bit lumpy due to high selling prices or mix shifts. With most deliveries running at a year or more and over $8B in solid orders we don’t see a lot of risk to the backlog right now. However we have seen backlog deflate in prior cycles but we never with the level we currently have.

Supply chain issues remain “fluid” but the large backlog clearly mitigates most if not all of that instability. As compared to other companies in the industry that typically run a more turns business KLA can modulate to adapt to shortages.

Yield management continues to be a crucial market segment

Growth in all things yield management remain very strong especially in emerging markets that have a lot more to learn when it comes to semiconductor manufacturing. This means China which remains a huge market for semiconductor tool makers including KLA.

This adds perhaps a bit more risk but so far we don’t think the US government is in a mood to upset the Chinese by turning up the heat in trade restrictions given the Ukraine situation.

Lasertec recently announced its quarter and along with it projections for the next twelve months business which they expect will come in at over $2B versus KLA’s just reported $611M in the quarter in “patterning” which likely does not represent pure 100% reticle inspection tools.

More importantly, Lasertec is the only game in town in EUV actinic inspection. We believe KLA’s actinic tool has been further delayed by issues with several hardware subsystems let alone the fact that the noble gas Xenon, which the system runs on, has skyrocketed recently from $10 a liter to over $200 a liter if you can get it…and still climbing.

We have heard that KLA’s E-Beam reticle inspection (the 8XX) tool has not been popular customers and public data shows that E-Beam is just way too slow. But right now customers may settle for a slower 8XX tool as actinic is years away from either Lasertec or maybe eventually KLA.

KLA may point to “print check” (AKA print and pray) which uses a wafer inspection tool to look at what has been printed from the reticle on the wafer but its not a direct (only inferred) system that is useless in a mask shop anyway. Actinic is clearly the gold standard and only Lasertec has it.

We recently attended SPIE (a conference about all things lithography) and a talk given by a major chipmaker who is first in line for High NA EUV tools spoke about High NA reticle inspection and showed a picture of a system…and it wasn’t KLA.

So currently where the industry is and is going in reticle inspection is not KLA and KLA may not have time to catch up given the delays. We have seen this movie before as ASML was around 10-15 years delayed in getting EUV scanners to market. KLA’s multi year self imposed halt in the program certainly made things even worse.

KLA still does a great business in older technology reticle inspection for all those second and third tier fabs in China but that’s not saying a lot.

While reticle inspection may already be a fait acompli we are also starting to get more concerned about wafer inspection. ASML recently announced a 5X5, 25 multibeam (not multicolumn…there is a difference) E Beam wafer inspection tool in the Hermes division. ASML has been winning in wafer defect inspection while AMAT has been exploding in the E Beam wafer metrology market. KLA still dominates in optical, which is about 4 times the size of E Beam, but clearly needs to catch up to ASML and AMAT in E Beam.

The results and financials are great…as always. Demand remains super strong. We certainly are not concerned about the near term but have questions about the longer term especially when the market eventually slows.

Right now customers are desperate for tools and anything that will help the yields of ever more complex process so KLA is in a good seat. Perhaps not as good as ASML but second best.

Much of the current success is due to momentum, size and desperation not necessarily technology leadership. This makes us more concerned about the longer term issues .

While 2022 seems almost “in the bag” we are more concerned about where things go when the tide goes out and exposes issues in the longer term.
From a valuation perspective its hard to fight the negative tape in chip stocks and much of the strong performance including a strong second half is already baked into the numbers and expectations.

We don’t see a lot of upside headroom in the stock and see more longer term potential downside at this point which would make us avoid putting more money to work here.