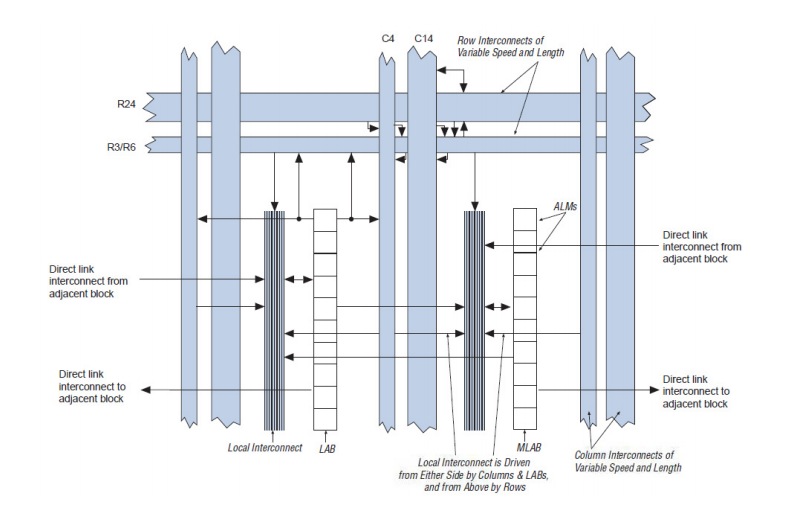 RTL designers know that their code gets transformed into gates and cells by using a logic synthesis tool, however these gates and cells are further comprised of transistors and sometimes you really need to optimize the transistor sizing to reach power, performance and area goals. I’ve done transistor-level IC design before, and the old process of manually choosing a transistor size, simulating in SPICE, analyzing, then changing the transistor size to re-iterate is a time consuming process. Once again EDA tools come to the rescue in the form of transistor-level sizing optimization.
Related: An IO Design Optimization Flow for Reliability in 28nm CMOS

I just read about an engineer at Altera named Oh Guan Hoe that wanted to use such an automated approach to design their FPGA. He presented his approach at the MunEDA User Group meeting. Alteragot started back in 1983 and offered the first reprogrammable logic semiconductor chips, and today they are #2 behind Xilinx.

The FPGA routing architecture used at Altera has two levels of hierarchy where the lowest level is an adaptive logic module (LE), and the second level is a collection of rows and columns of routing wires.

An FPGA routing switch is designed with muxing pass transistors, buffers and output demux transistors. It is the primary contributor to overall FPGA performance and hence critical for circuit optimization. 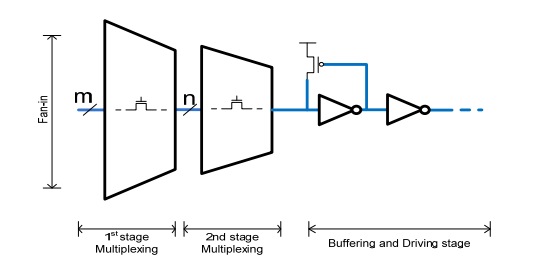 In the above diagram the buffering and drive stage has an inverter with a single PMOS device used as a half-latch to restore high levels after the single NMOS pass transistors. The final inverter size is tuned based upon the routing wire length. The NMOS pass transistors at nodes “m” and “n” represent the programmability in the routing region.Related: Five Things You Don’t Know About MunEDA…and One You Do

The performance and optimization goals were to: