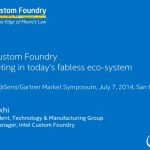 After mentioning what I heard at IEDM 2018, that Intel was officially closing the merchant foundry business as an aside in a SemiWiki forum discussion, I got a lot of email responses so let me clarify. Honestly I did not think it was a big surprise. Intel Custom Foundry was an ill conceived idea (my opinion) from the very start and was… Read More 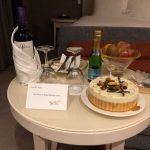 Vertical Prototyping with Intel FPGAs
by Bernard Murphy on 03-26-2018 at 7:00 am
View Profile
View Forum Posts 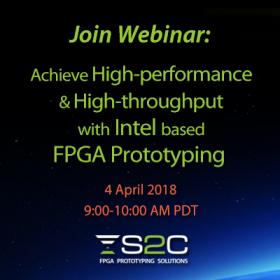 It has been an article of faith in the design tools business that there’s little to be gained from targeting market verticals because as far as tools are concerned, all verticals have the same needs. Which is good in some respects; you maximize the breadth of the market to which tooling can appeal. But in so doing the depth of contribution… Read More 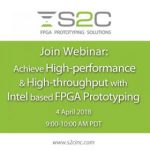 FPGAs have been used for ASIC prototyping since the beginning of FPGAs (1980s) allowing hardware and software designers to work in harmony developing, testing, and optimizing their products. We covered the history of FPGAs in Chapter 3 of our book “Fabless: The Transformation of the Semiconductor Industry”, which includes … Read More

FPGA’s have played an important role in the fabless semiconductor ecosystem which is why it has a full chapter in our book Fabless: The Transformation of the Semiconductor Industry. Along my career path I spent time at a start-up FPGA so I know how hard it is. I worked for GateField which was then acquired by FPGA pioneer Actel… Read More

I truly miss the Xilinx versus Altera war of words (competition at its finest) and competition is what makes the fabless semiconductor ecosystem truly great, absolutely. So with great disappointment I read the Intel Analyst Day transcript published by Bloomberg last week. It is attached at the bottom in case you are interested… Read More

The embedded FPGA business has been getting quite a bit of press lately so it is definitely worth a closer look. Intel started it all when they acquired the #2 FPGA company Altera for $16.7B last year. Microsoft is also a big FPGA fan for search and deep learning. In fact, Microsoft’s commitment to FPGAs, specifically Altera FPGAs,… Read More