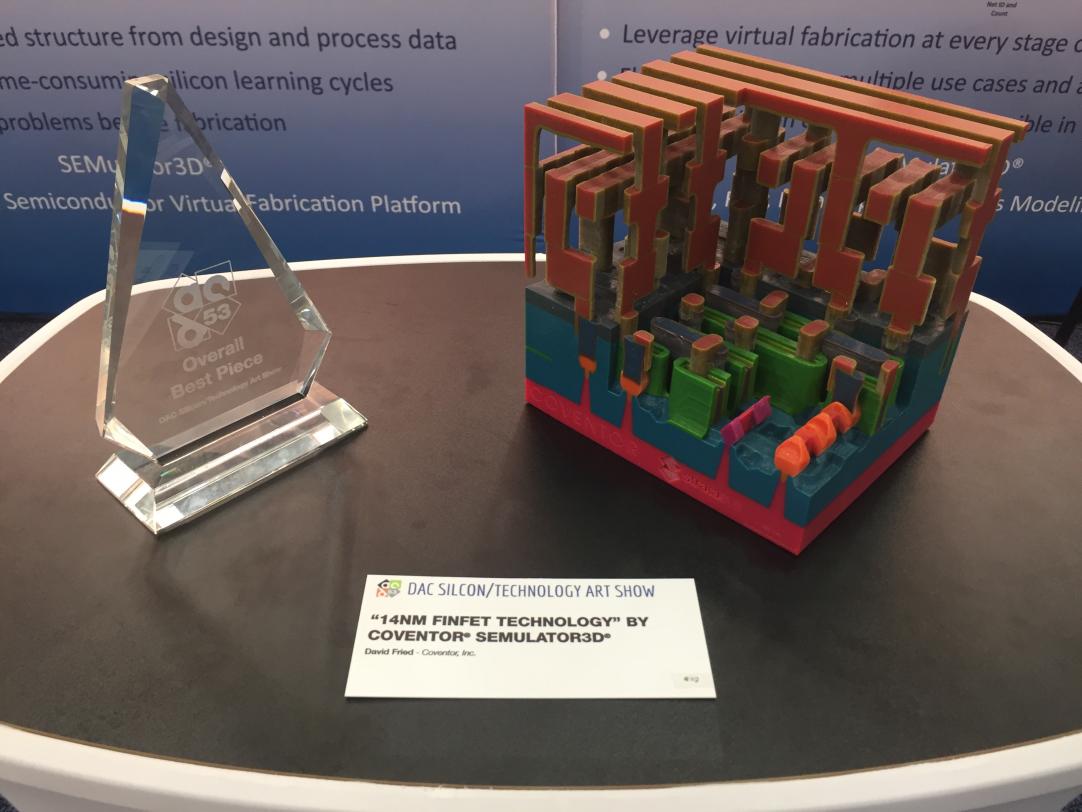 The development of leading edge semiconductor technology is incredibly expensive, with estimates ranging from a few to several billion dollars for new nodes. The time to develop a leading edge process is also a critical competitive issue with some of the largest opportunities awarded based on who is first to yield on a new node.

Being late to market can cost a semiconductor company billions of dollars in lost opportunities! Coventor produces SEMulator3D, a modeling platform that enables development engineers to simulate process flows in full 3D to test and refine them before running wafers, reducing development costs and speeding up time to market. David Fried is the CTO of Coventor and he presented at the IMEC Technology Forum (ITF) on Monday before SEMICON. I was at David’s presentation and I also had the opportunity to interview him on Wednesday during the show.

Coventor was formed in 1996 making it approximately 20 years old. The original focus of Coventor was on MEMS simulation and EDA and that led to the development of a core competency in 3D modeling (MEMS devices typically have a 3D structures). Around 2004/2005 Intel was a Coventor investor and suggested migrating to semiconductor simulation and SEMulator3D was born.

David Fried’s path to working at Coventor is an interesting one in that he was a user of the product before becoming CTO of Coventor. David was working at IBM and had just finished 65nm development. David was tasked with 22nm development and he recognized the need for a new development paradigm. David brought in Coventor to IBM; he helped Coventor understand what IBM needed and Coventor was very responsive to the needs. After he finished up his work on IBM’s 22nm SOI development, David joined Coventor as the CTO. Coventor has rolled out the SEMulator3D platform to semiconductor companies and they are now also seeing adoption at equipment and materials companies.

The SEMulator3D platform is focused on process prediction and structural integrity. You feed a layout into the model using standard formats such as GDSII and define your process steps and the platform produces a full step by step 3D model. You can step through the resulting model and rotate and zoom in on the resulting structure. More importantly, you can measure and perform 3D checking on the resulting models, allowing quantitative analysis of the impact of process changes or variations. The process flow is built up using functional models, for example to define an etch process you put in etch rate, selectivity, time and lateral bias, you can also input optional parameters such as pattern dependence, sputtering component, etc. The interface is windows based and easy to use with dropdown menus. Typically, the platform is deployed across an entire development group. The platform has been used for process development, process documentation, metrology development and many other applications.

David’s presentation was titled “Technology Development: The “In Between”.