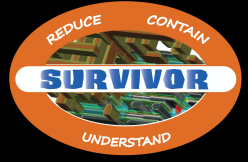 For the last few years on the Tuesday evening Coventor have sponsored an event (with appetizers and drinks). Last year it was all about collaboration. This year the topic is variation, Survivor, Variation in the 3D Era. It is at the Hotel Nikko from 5.30pm to 8.30pm on Tuesday December 16th in the Carmel Room. Hotel Nikko is 222 Mason Street just around the corner from the Hilton.

The format is a panel session moderated by our very own superstar Dan Nenni, who will be just back from Taiwan surrounded by his fan-club of hot Chinese babes and senior foundry executives. Or not.

I talked to David Fried today to get a little more background. The panel consists of:

The slogan of the session is taken from Survivor, but instead of being Outwit, Outplay, Outlast it is Reduce, Contain, Understand. Or as the Coventor flyer says:It’s a jungle out there. The era of 3D semiconductors, 3D NAND Flash, FinFETS and unprecedented process complexity introduces new pitfalls for the cunning engineer to overcome. Find out how the best and the brightest are outwitting the competition with creative ways to navigate the treacherous landscape of advanced IC design and manufacturing. They know the key to survival in dealing with process variation is to … Reduce It. Contain It. Understand it.

There are two people from each segment. Lam Research and TEL America need to reduce variation. In the meantime Oracle and GlobalFoundries need to contain it. And Coventor and PDF Solutions to understand it. Or something like that, in reality, everyone needs to worry about all aspects of variation.

Even before double patterning, variation was becoming an issue, since it made the traditional approach of worst-casing timing ineffective. The worst case barely moved even though the typical case was much improved, so if the investment in new process technology was going to be worthwhile, a new approach was needed with increasing accuracy replacing the brute force approach of just assuming the worst. But now we have double patterning which means that for those layers there is even more variation since the two exposures are not (usually) self-aligned meaning that, for example, the sidewall capacitances of interconnect can vary a lot depending on how perfectly aligned the two exposures are. But also in a predictable way, if some capacitances are up then others are down.

Anyway, we will see what these experts have to say about it all in a couple of weeks. There is no requirement to register, you won’t get a name-badge, but if you want to go then tell Coventor (so they know how much beer and food they need). Just send an email to rsvp-to-coventor@coventor.com saying you will be there.

I will be. See you there!

0 Replies to “Variation at IEDM”