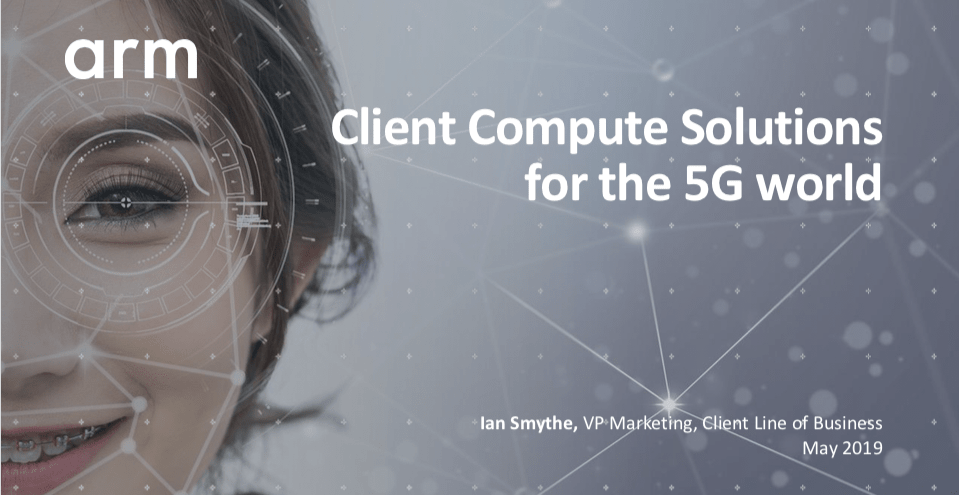 Arm is a machine. They crank out new products in a wide range of categories, Project Trillium for AI, Neoverse for infrastructure, their Automotive Enhanced line and the Pelion IoT platform. And in each they have a regular beat of new product introductions following roadmaps they have already laid out. Not that you’d expect any less from a company in their position. Nevertheless, that they continue to deliver and expand high volume innovation pretty much as they forecast underlines that this is not a company resting on its laurels.

Ian Smythe VP Marketing for the client LOB announced three new IPs last month, directed particularly at mobile devices and the opportunity 5G is creating in those devices. Ian made an interesting point about AI and mobile which I hadn’t realized. I’m generally pretty dismissive about CPU-hosted machine-learning (ML) as the bottom end of the ML hardware hierarchy, but he pointed out that 85% of ~4 billion smart phones are running ML workloads without any dedicated ML hardware assist, using in many cases just CPUs or CPUs plus GPUs. Makes sense – ML hardware on phones is still a pretty new concept and an added cost, so continuing to push CPU-based and GPU-based support for mobile is still very worthwhile.

The first of the IP introduced was the Cortex-A77, building on the A76 architecture but offering a 20%+ advance in instructions-per-cycle performance, still very much targeting smartphone power envelopes and area. Arm sees these devices being particularly helpful in supporting emerging use-cases such as VR/AR/MR (collectively xR) and more advanced ML applications. Ian pointed out an interesting trend in performance for the A-class devices. Arm spent about 4 years, up through around 2016, doubling performance over the A15 but they doubled performance again in the following 2-3 years up to the A77. So they’re accelerating performance improvements while still keeping to mobile client efficiency (power, area) targets.

The next IP up was the Mali-G77. This is also based on an architecture change over the G76, delivering 40% higher performance over that earlier system. This new platform also manages to provide 30% better energy efficiency and 30% better performance density (more performance in a smaller area which is important given the generally large footprint of GPUs in mobile SoCs), along with an improvement in ML performance of 60%. So lower power, smaller area and faster object recognition.

Finally Ian introed the Mali-D77, a second-generation display technology based on their Komeda architecture and targeted particularly to untethered head-mounted displays. This is one of those many domains, almost everywhere, where a general-purpose solution (in this case a GP-GPU) could do the job, but intelligent offloading can do that job so much better. A smaller more dedicated device can do the job of managing display at lower power than the GPU and it can do it faster. The latter is rather important in HMDs because delays between body movement and perceived movement in the display are known to cause motion sickness. So less feeling groggy in your headset and smaller, lighter headsets makes for bad news for your pharmacist and chiropractor but good news for general health.

Ian said that these IPs are available for licensing, early access customers are already designing them into products, and he expects the first of these products to appear in 2020. Good advances, should be a real plus for a fuller mobile 5G experience: gaming, HD video, better voice control and generally more intelligent interfaces on-the-go.