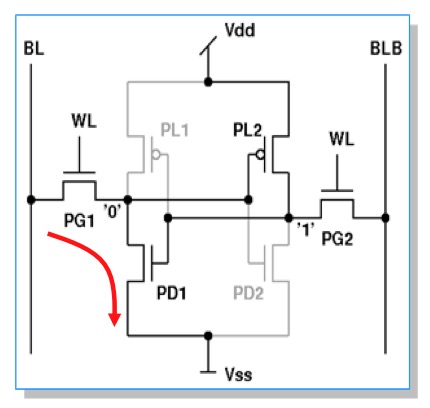 If you are buying your SRAM IP then maybe you don’t have to be so concerned about these questions, however the circuit designers responsible for design and verification of memory IP are very focused on getting the answers to these. Consider the typical, six-transistor SRAM bit cell in a CMOS technology:

The basic memory element has a pair of cross-coupled inverters (devices PD1, PL1 and PD2, PL2) to store a 1 or 0, then to read or write the cell you activate the Word Line (WL) through NMOS devices PG1 and PG2. A circuit designer chooses device sizes and can start to optimize this SRAM bit cell by running a worst-case analysis where one objective is to minimize the read current path shown above in the red arrow. During this worst-case analysis the Vth for devices PG1 and PD1 are adjusted iteratively, your favorite SPICE circuit simulator is run, then the results can be determined by a tool like WiCkeDfrom MunEDA: 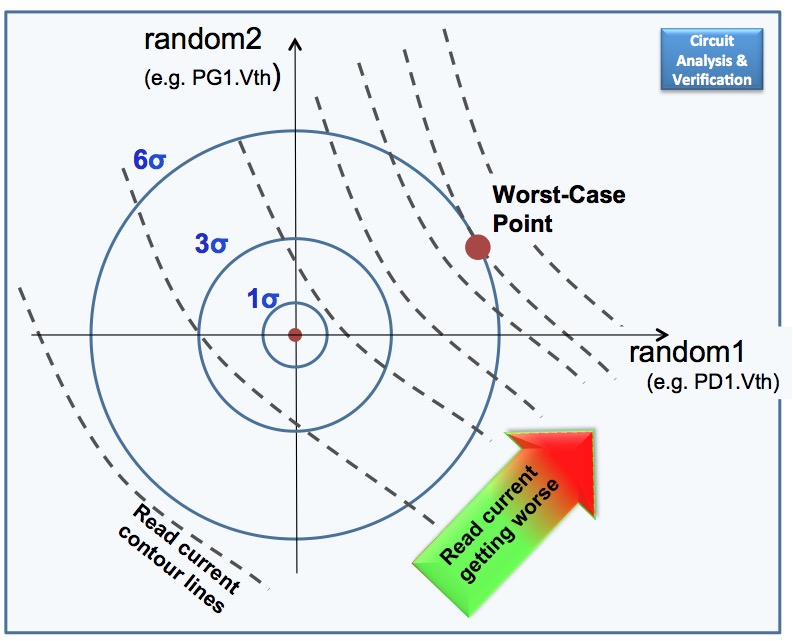 The axis of this plot are the variations in Vth for devices PG1 and PD1, while the circles represent the amount of variation measured in sigma. The read current contour values are shown as dashed lines. To minimize the read current we look at the intersection of the dashed lines and circles, so there’s a Red dot showing our worst-case point within a 6 sigma distance.

Moving up one level of hierarchy from a single memory cell to the actual memory array we have a typical architecture that combines cells into columns, where at the bottom is a mux, equalizer and Sense Amp (SA) circuit: 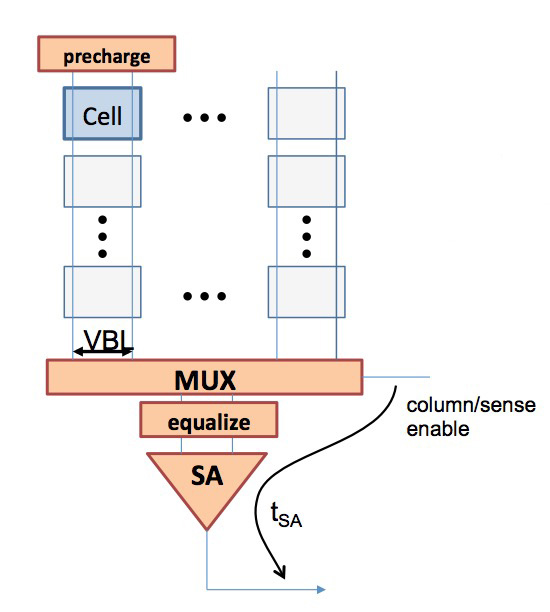 To run a hierarchical analysis and understand how variation effects this SRAM there are challenges:

0 Replies to “Optimizing SRAM IP for Yield and Reliability”