In recent years, a number of technologies as well as the constant desire for faster and more pervasive mobile communication systems have set in motion a well sustained growth trend for the “next big thing” such as the Internet of Things (IoT), wearables, automobile electronics, advances in medical devices etc. In all these areas of growth, analog and mixed-signal (AMS) designs play a very crucial role.

The growing trends such as IoT, connected cars, medical wearables, etc. bring another critical analog design issue to the core: synergy with digital subsystems. In front-end digital design, where most of the design data is in the form of Verilog or VHDL code, engineers usually use tools like Subversion or Git that are commonly used by software developers.

On the other hand, AMS design mainly involves schematics and layouts, which come as a binary representation. So design data management systems (DDMS) commonly used in software development and digital design are becoming increasingly error prone and inefficient for AMS environment where complexity is rising while the time-to-market window is shrinking.

According to Thilo Schmidt, a design engineer at Elmos Semiconductor AG, the design data management system for AMS environment should first and foremost be aware of the data structure. Moreover, it should be tightly integrated with the design tool flow. He presented a paper on this subject at the Synopsys User Users Group (SNUG) Germany held in Munich on June 25, 2015.

Schmidt opens the paper with an overview of the traditional way of carrying out data management for AMS designs. It’s usually based on a project directory on a common file server that hosts a set of shared project libraries, a PDK library, libraries with IP modules and individual work libraries for each design engineer. Next, he shows why the traditional methods don’t work anymore for large design teams amid issues such as maintenance and syncing of project libraries and accidental overwriting of changes.

Here, Schmidt resorts to Synopsys’ Custom Designer use case that utilizes an application programming interface (API) to integrate a third-party data management system, ClioSoft SOS. ClioSoft SOS has a client-server architecture in which server can host several projects, and each project is completely independent and has its own repository.

One of the prominent features that distinguishes SOS from other data management systems is the use of local cache servers. A user has the option to set up one or more cache servers apart from access to the main repository server. A cache server holds all the current revisions of design objects, and that saves disk space as well as prohibits users to circumvent access control by merely changing Unix file permissions.

ClioSoft SOS also features a more elegant way to handle external data like IP modules. Here, SOS allows to reference data directly from other projects, so a special IP project can be set up instead of managing the IP modules in the design project.

Finally, Schmidt comes to the crux of the subject matter: how to integrate design data management into an AMS design flow. He opens this section by showing how the project workarea is organized around the Analog directory and the Digital directory, which is home to the RTL flow. The SOS data management tool allows the RTL data to be kept in a separate project, but on the same server, so the user can tread digital data differently from analog data. 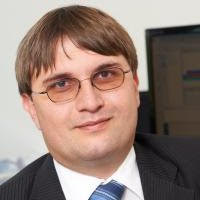 Thilo Schmidt: Data management should be tightly integrated with the design tool flow

Schmidt also mentions the tool configuration feature that comprises the release of all tools in the design flow along with configuration options. That ensures all users have access to the same tool releases and configuration to manipulate and verify the design data.

Schmidt closes the paper with the tapeout use case where last minute changes to the layout after the final verification runs are a common source of errors. He outlines two key objectives that have to be reached during the tapeout: a consistent and verified project state and securing of project state in a reproducible way.

In this regard, he explains two important SOS features: Snapshot, a permanent tag that cannot be moved between revisions, and a versatile query engine that can be used to analyze the current status of all design objects. Schmidt also provides details of the tapeout flow and how it can be implemented in six concise steps.

With a number of factors such as increased design complexity, reduced time-to-market and high NRE cost, it becomes difficult to manage and deliver SoC devices successfully the very first time. The traditional approach of handling design data is getting more and more inefficient and error prone with increasing design complexity and team sizes. A way to cope with these challenges is the deployment of design data management systems which is already common in software development and digital design.

However, due to the complex nature of analog designs, adopting a software-based data management system becomes rather tedious and cumbersome and it becomes important to use a data management system which is aware of the data structure and is tightly integrated with the EDA design tool. A tool like ClioSoft’s SOS platform which is tightly integrated with Synopsys Custom Designer becomes an important tool to improve designer productivity and efficiency.