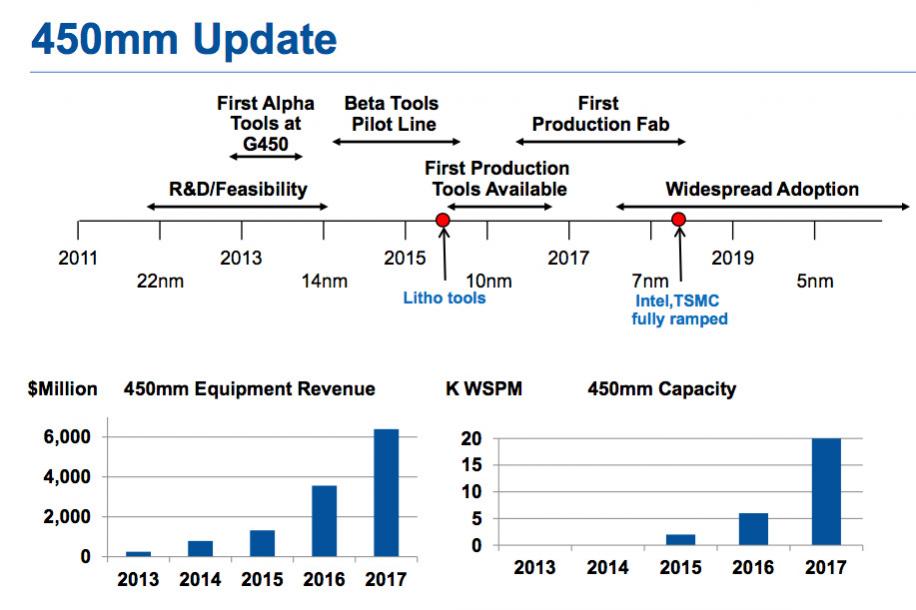 I attended the semi-annual SEMI Silicon Valley Lunch meeting last week. The semiconductor equipment people are the ones that really know what is going on. People can talk about capex numbers on conference calls but it is the equipment vendors who either do or do not get orders for particular types of equipment. In turn, the analysts that follow the equipment industry have a pretty good handle on where various technologies are.

One takeaway was that Intel’s delay of a quarter or two in 14nm was just taken as a given during the lunch. Intel has the biggest capex in the industry (although actually TSMC spent more in the first half of the year) so changes in their spend affect everyone. Intel has reduced its expected capex for the year to $10B but the analysts were skeptical that they would be able to spend that much given that there are only 4 months left in the year.

Another area of contention was 450mm wafers. Gartner has Intel and TSMC fully-ramped onto 450mm by mid-2018 but IC Insights have it a year later in 2019. Partly this is because of the uncertainty of when (or even if) EUV will be available. 450mm has a bigger saving of around 30% if there is no need for lots of double patterning. So it seems that maybe in 2015-16 there will be some 10K WPM pilot lines with full production in 2019.

One big uncertainty is what comes after DRAM. Everyone has forecast the end of DRAM many times before, of course, but at some point the capacitor really will stop scaling. Memristor-based memories could be the next thing but there seems to be a requirement for EUV to be able to manufacture them.

IC Insights had third quarter forecast for the industry. Intel at #1 with $12.3B followed by Samsung at $8.1B and TSMC at $5.4B. Qualcomm is $4.2B. I asked Brian if they did anything about the double counting for fabless companies: namely, all the silicon Qualcomm ships also shows up in TSMC’s and Global’s numbers too, and he said they did not. 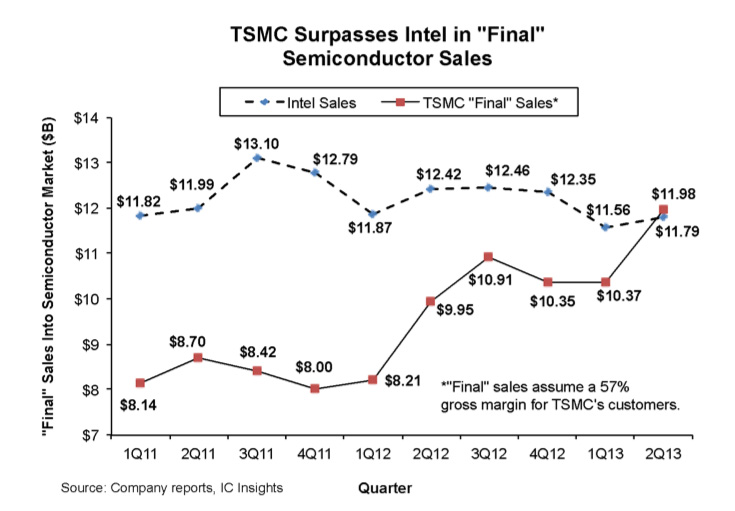 He had another interesting chart: if you value TSMC’s silicon as final sales into the end market (making reasonable assumptions about TSMC’s customers’ margins) then TSMC is bigger than Intel. That is, TSMC and its customers taken as a sort of conglomerate has just passed Intel in revenue. 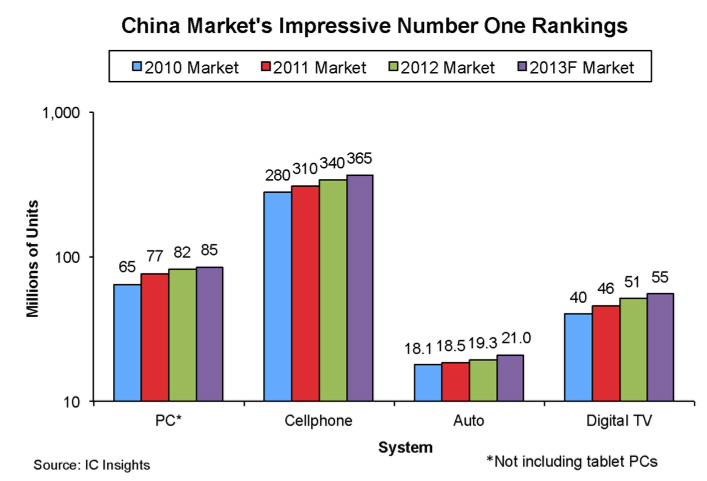 Another surprising statistic was the strength of the Chinese market. China is now the #1 market for PCs, for automotive, for cell-phones and for digital TV. 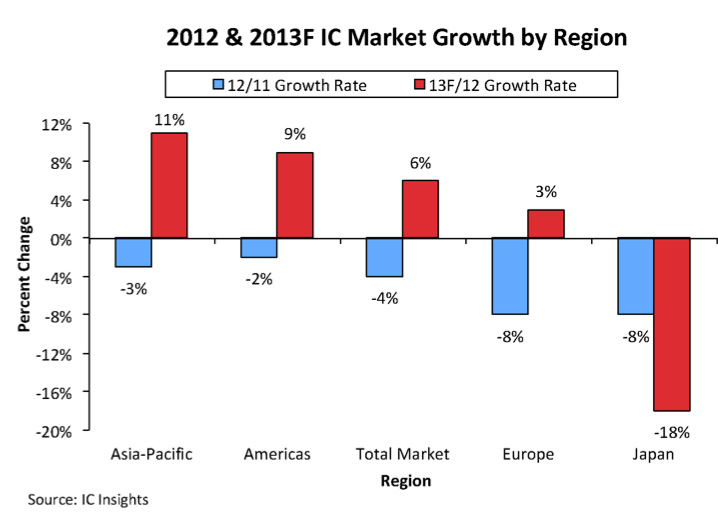 And how much will the semiconductor market grow overall in 2013. The answer seems to be 6%. But if you take DRAM out (where pricing has strengthened due to consolidation down to Samsung, Micron/Elpida and SK Hynix) it is just 4%. On the other hand, some of the weakness is due to the Japanese market being valued in yen, and the yen has weakened from roughly 80Y/$ to 100Y/$. If you use last year’s exchange rate then the market grew 8%. 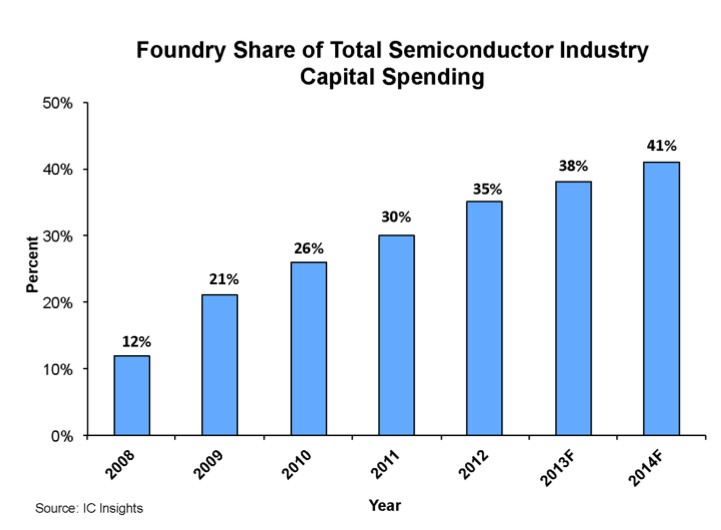 Foundry has been increasing over the years as many IDMs have switched to fab-lite models and as the overspend in the memory markets has been got under control. This year it is expected to be 38% of all capital spending, rising to 41% the year after. I’m not quite sure how Samsung and Intel are counted in this as they are IDMs that also do foundry business.

The slides for the presentations will be on the SEMI websitesoon. There is an issue converting a couple of slides. The page for the lunch with speaker bios etc is here.

UPDATE: the presentations are here.