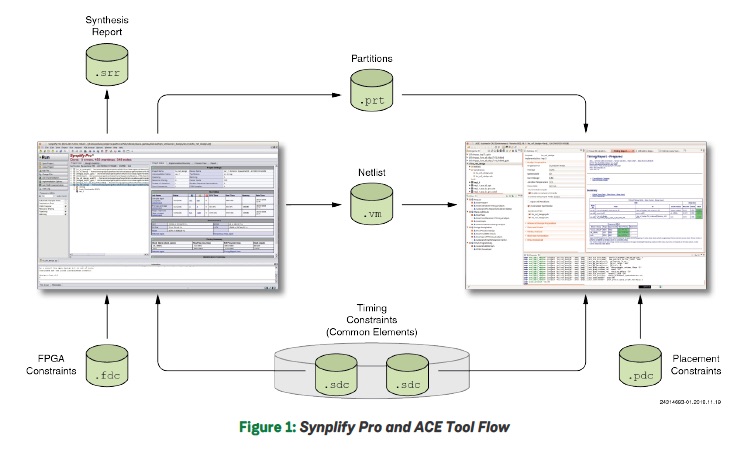 System designers who are switching to a new FPGA platform have a lot to think about. Naturally a change like this is usually done for good reasons, but there are always considerations regarding device configurations, interfaces and the tool chain to deal with. To help users who have decided to switch to their FPGA technology, Achronix offers an application note, titled “Migrating to Achronix FPGA Technology”, that explains the differences that may be encountered. As the application note states, Achronix FPGA technology will be familiar to anyone using another platform, but there will be some differences that will be useful to understand.

From my reading, what is interesting is how the application note offers information that could help someone who had not yet decided and was looking to see how the Achronix FPGA technology compares to other solutions. Indeed, the first section of the app note is useful for understanding which Achronix devices are good candidates as substitutions for the range of Intel and Xilinx devices. Kintex Ultrascale, Kintex UltraSCale+, Virtex Ultrascale, Virtex Ultrascale+ along with Aria 10 and Stratix 10 devices are listed along with suitable Achronix offerings ranging from the ac7t750 up to the ac7t3000. Of course, there are many caveats, such as included memory or DSP blocks, etc.

Achronix hints early on in the app note about unique capabilities for AI/ML and network-on-chip (NoC) that their Speedster7t family offers that have no analog in the devices from Intel or Xilinx. Achronix includes a cross reference of core silicon components including lookup tables, logic arrays, distributed math functions, block memory, logic memory DSP and PLLs. Because many of the core components are similar few, if any, RTL modifications are required during porting.

Noticeable differences appear in the interface subsystems available on various FPGA technologies. Achronix has placed a priority on including hard interface subsystems within the I/O ring. This eliminates the need for soft IP interfaces that use up valuable FPGA fabric. This also makes interface integration and timing closure easier. Achronix Speedster7t offers higher performance in most interface categories, including up to 4 x 400G Ethernet, Gen5 x 16 PCIe, DDR4 with 72-bits at 3.2G bps/pin in hard IP. Their SerDes supports up to 112Gbps. Lastly, they offer a unique and highly effective NoC.

Aside from physical specifications, a user contemplating migrating to Achronix will want to understand the supported tool flow. Unlike many other FPGA vendors, Achronix has opted to use Synopsys Synplify Pro in conjunction with their standalone ACE place and route tool. Synplify is recognized as an industry leader already and it is used by many users in place of the vendor supplied options. Achronix users benefit from a mature tool flow that includes practically every feature found in any other flow. The app note includes a feature by feature comparison table that bears this out.

So what code changes are required typically when moving to the Achronix tool flow? The Achronix answer to this question in the app note is that few if any RTL changes should be needed. Synplify Pro will automatically handle inferred RLB features such as LUTs and DFFs. The same goes for memories and DSPs so long as their regular inferencing templates are used. RLBs have a dedicated ALU that Synplify will use for generating efficient math and counter operations. Achronix Speedster7t supports a rich combination of DSP, Block memories and shift registers. Wrappers are not needed for primitives such as I/O ports and global buffers. I/Os and buffers are managed by using constraints applied in the I/O designer tool flow.

The app note has extensive sections on memory and DSP instantiation. It also goes into detail on the topic of constraints. It is worth reading these sections in their entirety. Suffice to say that in most cases they are handled in a straightforward way that should make any porting related work fairly easy.

The end of the app note talks about two distinguishing features of the Achronix Speedster7t family, network-on-chip (NoC) support and their machine learning processor (MLP). The NoC relieves the designer of managing and coding for high speed data transfers between the FPGA fabric and/or I/Os without restriction. For instance, the NoC can even populate a GDDR6 or DDR4 memory from the PCIe subsystem without consuming any FPGA fabric resources and with no need to worry about timing closure. The app note includes a reference to the Achronix documentation for the Speedster7t Network on Chip User Guide.

The MLP is a powerful math block available on Speedster7t chips for use in AI/ML applications. Each MLP can have up to 32 multipliers, ranging from 3-bit integer to 24-bit floating point, supported natively in silicon. It is extremely useful for vector and matrix math. It offers integrated memories to optimize neural net operations. They cite an example of a Speedster7t device processing up to 8600 images per second on Resnet-50.

The most interesting aspect of the Speedster7t family is that if users wish they can move their design to the Speedcore embedded FPGA fabric to incorporate it into their own SoC. Speedster7t is very competitive as a standalone FPGA device but as a Speedcore eFPGA integrated directly into an SoC, Achronix FPGA technology presents entirely new opportunities.

As I said at the outset, not only is the app note useful for guidance on migration to Speedster7t, it also shines a light on the competitive differences between Speedster7t and other FPGA technologies. The app note is available on the Achronix website.