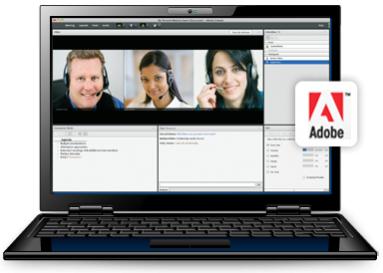 At a webinar today I listened and learned about how a tool called L-Edit can be used to layout MEMS designs plus automate the task to be more productive. I can see how the history of IC layout editing is now being repeated with MEMS because in the earliest IC layout tools we could only do manual entry of polygons, then gradually we got cells with hierarchy, then automation with placement, and finally parameterized cells.

I’ve attended dozens of webinars however this was the first one where we used Adobe Connect as the web conference software. What impressed me was that I could just use my standard web browser to see and hear the webinar, I didn’t have to install something, calibrate, run tests, or in general panic because my computer wasn’t setup with prerequisites. The feedback as an attendee was only thru a text window, so we didn’t use microphones during the Q&A. I prefer the simplicity of this webinar technology to others where I have to use my cell phone as a separate audio channel to listen.

John Zuk started out the event with an intro to who Tanner EDA is, there history since 1988, Tanner MEMS does consulting in the MEMS area for clients. 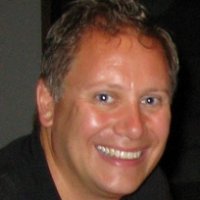 There are many companies offer tools for MEMS layout, so why choose Tanner? Their tools look easy to learn and use, are integrated with popular formats, work with foundries, and have a low cost of ownership.

MEMS Demo
Thuong U ran the L-Edit tool to demonstrate some of the features for doing MEMS layout: 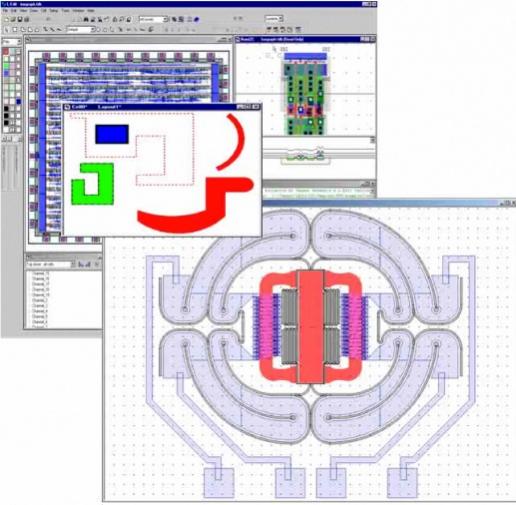 We saw a magnetic MEMS actuator used in the demo, along with creating cells from scratch. The colors used in L-Edit show you all the layers for a design, in contrast to AutoCAD.

With L-Edit you can draw: boxes, polygons, all-angles, circles, pie wedges, toroids, convert edges into curves either concave or convex. On the automation side you can even select a layout object then perform boolean operations on it to create a new version of the object by growing and shrinking by a set amount. 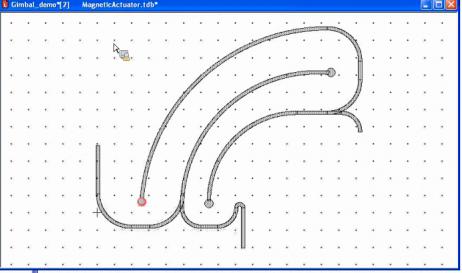 Object snapping made layout operations automatically snap to a vertice, edge, mid-point or intersection. This was similar to the AutoCAD snapping feature.

A base point is used like the AutoCAD tracking point feature. The L-shaped object below was used to show how you can select a vertice as a base point, then transform the object from that selected point. 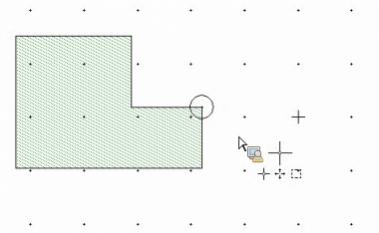 Many of the editing commands have shortcuts that sounded intuitive like R for rotate and D for duplicate.

In the IC world we’ve had Design Rule Checking (DRC) for decades however in the MEMS world this is an emerging concept and feature that L-Edit has. When DRC was run on the Magnetic Actuator it found a handful of spacing and width violations that could then be pinpointed and corrected. 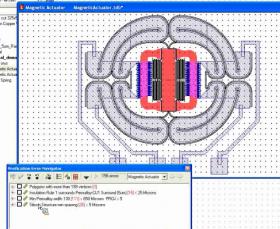 AutoCAD uses DXF file formats and you can import/export these with L-Edit: 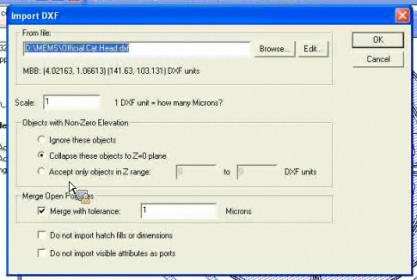 On the export side you can go out to GDSII for fabrication or PostScript as a negative or positive maks layer for transparencies.

With the User Programmable Interace (UPI) you can automate layout commands using C code and even extend the GUI. SoftMEMS has written code to show 3D cross-sectional viewing as an add-on to L-Edit.

There’s even a feature to automatically create text on a layer:

Q&A
Q: Can you do arrays?
A: Yes, just place an instance of any cell, select it, Control E, then choose your array parameters. You can also Edit-in-Place with any cell instance. 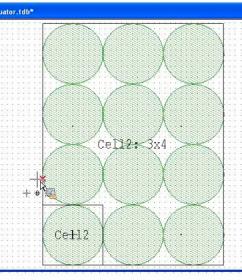 Q: How about parameterized cells?
A: Yes, you can write these with T-Cells in C code. Here’s a concentric Toroid example with T-Cells. Instantiating a T-Cell uses a built-in C compiler. 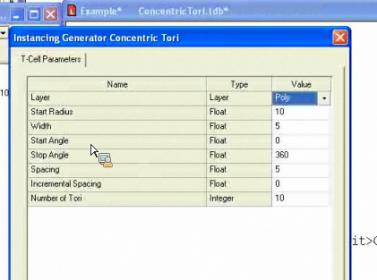 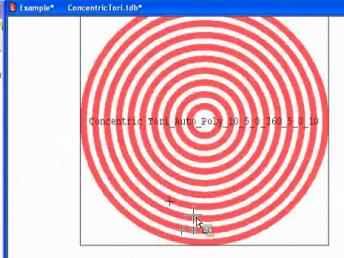 Q: Can you flip or mirror about an axis that is not vertical or horizontal?
A: Yes, you can rotate a selected object by an arbitrary angle.

Q: What OS is supported?
A: Both Windows and Linux are supported for L-Edit.

Summary
Tanner EDA has a capable MEMS layout tool in L-Edit with a growing number of customers and also uses its own tools as part of a consulting business. There are many MEMS layout tools to consider (AutoCAD, Coventor, softMEMS, SolidWorks, Cadence Virtuoso), so add Tanner’s L-Edit to your evaluation list.