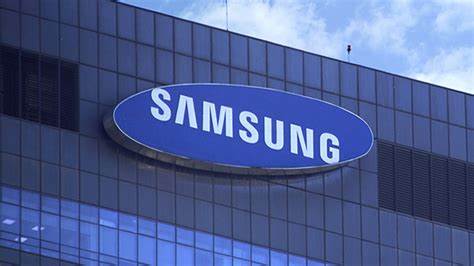 Samsung Ugly as Expected Profits off 69% Winning a Game of CAPEX Chicken
by Robert Maire on 01-09-2023 at 6:00 am
View Profile
View Forum Posts

Samsung pre released its Q4 earnings calling out a 69% drop in profits. In a cosmic coincidence Micron said its revenues were down 69% a few weeks ago (profits down even more into a loss condition).

Obviously memory pricing is a primary culprit along with general overall weakness in consumer and corporate spending.

Its not like we didn’t see this coming as we have known and talked about the memory industry falling off for over 6 months now, so no one should be surprised. Samsung said memory pricing was off in the mid 20% range in the quarter. As we have stated in prior notes it will likely get worse before it gets better….

Q1 is always seasonal weakest quarter of the year for chips

Chip demand and therefore pricing is always the best in the fall as back to school and buying of holiday electronics as well as the release of the new IPhone etc. Q1 is always the worst due to the post holiday depression, Chinese New Years etc;. We have seen this pattern for decades, but when the tide is low it becomes much more apparent as is the case now. Simply put, Q1 will get uglier.

It doesn’t take a rocket scientist to understand that cutting supply is the way to support higher pricing. OPEC understands this very well. Aside from just cutting wafer starts cutting capex is the way to get there as it also saves more cash when you are likely losing money already (as is the case with Micron).

That is the rational thing to do unless you have other ideas in mind such as gaining market share or hurting competitors by sucking the oxygen (profits) out of the room. If you are big enough, like Samsung, you perhaps can try to price the market for memory where it is barely profitable for you but the smaller players are under water.

But Samsung wouldn’t do something that nasty, would they?

Samsung may win at a game “Capex Chicken”

“Chicken” is a game where protagonists hurtling directly at one another in souped up cars where the first one to swerve away to avoid a collision is the loser.

In the current three way game of “Capex Chicken” in the memory industry, Samsung is driving a massive 18 wheeler, SK Hynix is driving a dump truck and Micron is the pick up truck with Idaho plates with sacks of Simplot’s potatoes in the back.

Micron, with diminishing funds in the bank realized a while ago it couldn’t win this game of chicken and swerved off the collision course a long time ago by cutting capex to sustenance levels.

A picture is worth a thousand words

So far Samsung shows no signs of slowing capex (but has done so in the past). The most rational thing to do on Samsung’s part would be to announce a capex reduction so investors could breath a sigh of relief and assume that supply will be coming down and pricing will get better eventually. But Nooooooo……

Samsung has put the put the proverbial pedal to the metal. Whether its true or not or maybe just a head fake to scare off the competition it may have the same effect of further trashing pricing as buyers expect a flood of memory coming.

It may be the case of stepping on the accelerator to make everyone else think you are crazy and swerve out of the way of the accelerating 18 Wheeler. We do think even Samsung will slow, but not before they do some damage, as even they are not suicidal.

For the moment we will leave Chinese Memory manufacturer Yangtze out of the Capex Chicken game as they are the equivalent of Chinese electric vehicle maker BYD, but without brakes, so they won’t stop and can’t stop, until they hit the brick wall of US sanctions.

Just when semiconductor equipment companies are putting out their “hair on fire” fire drill from the October China embargo they could be getting hit with Capex reductions in the memory market.

The last time Samsung cut capex, they did so very abruptly and without any warning but only slowed for a short while, a couple of quarters.

Much as with the China situation before it may be hard to get a handle on what impact the memory market collapse will have on the major equipment makers, AMAT, LRCX, TEL and KLAC

More and more fab projects and equipment purchases will be pushed out or delayed. Equipment makers will have to do some fast shuffling of the order books to try to pull in orders to fill voids and changes.

So far, the unusually long backlog going into the downturn has been a buffer that has allowed the equipment companies some breathing room and some wiggle room. But as backlog starts to fade away it will become much more difficult.

Lam had billions of dollars worth of unfinished goods waiting in crates in the field for parts and completion. That buffer of money in the field will cushion the downturn but for only so long. Once those systems are complete and signed off there is not a lot of buffer left to make up for declining orders.

Intel has pushed back on most all the fab projects announced. TSMC seems to be charging ahead. Samsung for the time being just completed a major fab not too long ago and hasn’t said anything about its US projects. Micron simply doesn’t have the financial strength right now as net cash fades and has already slashed capex so any new fabs will be delayed significantly. Globalfoundries has no “real” plans for another fab in the US, only Asia.

To EUV or Not To EUV….that is the question for memory makers

One of our major concerns in the memory market is a repeat of the EUV “haves” and the “have nots” we saw in the foundry/logic space. When TSMC went whole hog into EUV before any of its competitors it gained a huge lead in technology over everyone else…. no one else even comes close to this day. Their lead was in fact so overwhelming that GloFo simply gave up, canceled its EUV program and relegated itself to the dustbin of technology. The great Intel now has to source chips from TSMC.

EUV and Not Euv is a very wide technology chasm.

In the memory space, Samsung and SK Hynix are the EUV “haves” and Micron and Yangtze the EUV “have nots”. This will not change for Yangtze due to the embargo and likely not in the near term for Micron due to financials.

Once the smoke clears and the current over supply of memory chips finally goes away and we are back to the races, Micron and Yangtze could be left in the dust much as GloFo was due to their lack of EUV. Maybe ASML, with all its excess cash should start an EUV leasing or “rent to own” business for those less fortunate.

Obviously even though chip stocks rallied today, the Samsung news should not be taken in any way shape or form as being positive. It is just a confirmation of exactly how bad the chip situation is and is getting worse.

There is no calculable end in sight, it could be 3 quarters , 4 quarters , 5 quarters, 2 years or more ,its just unknowable right now.

We think quarterly reports from the semiconductor industry as well as the equipment industry will likely be similarly ugly. We would not assume, as many investors may, that the worst is over, its the bottom and time to buy….its not.

We are not in a one or two quarter downdraft, we have a multi faceted deep downturn that we haven’t seen in a decade.

Secular demand and macro trends remain positive at a high level view but the near term (year or more) remains very rough.

We are not attracted to any of the stocks based on a false “the worst is over” rally. We are not at or near a bottom level for the industry, especially going into the seasonally weakest quarter.

Semiconductor Advisors is an RIA (a Registered Investment Advisor),
specializing in technology companies with particular emphasis on semiconductor and semiconductor equipment companies. We have been covering the space longer and been involved with more transactions than any other financial professional in the space. We provide research, consulting and advisory services on strategic and financial matters to both industry participants as well as investors. We offer expert, intelligent, balanced research and advice. Our opinions are very direct and honest and offer an unbiased view as compared to other sources.

AMAT and Semitool Deja Vu all over again