The Elephant in the Autonomous Car
by Bernard Murphy on 11-21-2017 at 7:00 am
View Profile
View Forum Posts

I was driving recently on highway 87 (San Jose) and wanted to merge left. I checked my side-mirror, checked the blind-spot detector, saw no problems and started to move over – and quickly swerved back when a car shot by on my left. What went wrong? My blind-spot detection, a primary feature in ADAS (advanced driver assistance systems, the advance guard for autonomy), told me all was good. 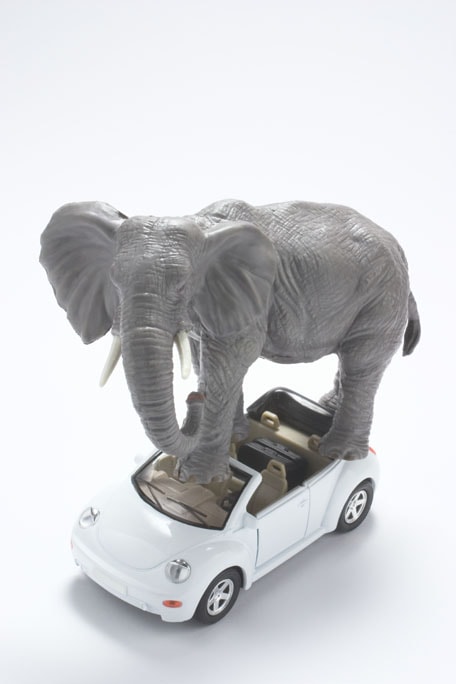 Then I remembered. My fairly new (3-year old) car actually told me the previous day that blind-spot detection was shutting down, which it does from time to time (more frequently now, it seems). The system eventually recovers but I have to re-enable the feature manually, a trial-and-error process since there is no corresponding message that it is again good to go. In the intervening period, I forgot the feature was disabled. Meantime, my subconscious mind slips into default mode and assumes that safety features are working. Silly subconscious.

This hair-raising incident reminded me of a recent Consumer Reports survey on auto reliability, in which owners of first year models flagged twice the level complaints on in-car electronics as owners of models with no major changes. This isn’t a temporary glitch, nor is it sustainable. A few years ago, my boss (at that time), a fan of high-end luxury cars, switched from his 7-series BMW lease to a Mercedes because his BMW had so many problems, again in the high-end electronics. Not good news for brand loyalty (I should add that this is not just a BMW problem). At less lofty heights, all that fancy electronics comes in expensive option packages. I paid $5,000 for the package which provided blind-spot detection. I’ll think harder about doing that on my next car, especially since those features are typically warrantied for only 2 years.

Scale this up for an autonomous car, critically depending on the correct operation of considerably more electronics. I am sure that, excepting a lemon or two, when these roll off the assembly line, they will live up to advertised capabilities. But one, two, three years later? That outlook is not so promising. The sad fact is that the long-term reliability we should expect for auto electronics doesn’t just naturally and painlessly emerge under market pressure. It takes special focus in design and testing and particularly it takes long proving times.

Before we became fascinated with advanced auto electronics, we already had very capable but largely invisible electronics in our cars, managing anti-lock braking, fuel injection and other features. This was built around micro-controllers, sensors and networks, which you might view as the entry-level smarts in earlier models. However, it famously took 5 years or more for a new device to be qualified to enter such a system because the auto-makers wanted to minimize liability and recall risks. I don’t remember us having a lot of problems with auto electronics back then.

Now we have ADAS, infotainment, self-parking and ultimately autonomy, we seem to have thrown caution to the winds, at least in our expectations. I understand the battle for mindshare among automakers (and others), but looming reliability problems mean we really aren’t ready for autonomous car releases in 2020. What happens when a problem pops up in such a car? Worst case, it crashes. Better, it pulls over and stops, but how excited are you going to be when your few-year-old self-driving car does this on the way to an important meeting, or a critical doctor appointment or to pick up a child from school (and should we expect to see rows of disabled autonomous cars along the side of highways)? Better still, every year a car has a costly service (possibly under a costly warranty) to diagnose and replace suspect components. None of these options is appealing.

The danger is that what has started out as a very promising direction – for us consumers, the automakers and the builders of systems of ADAS and autonomy-support systems – may unravel in disillusion over unreliability, to the point where we and investors begin to walk away. Do we really want all of this promise to turn into a bubble?

It doesn’t have to be this way. We know how to build reliable electronics for those invisible systems in the car, for spacecraft beyond the reach of repair and for many other applications. We need to dial up our expectations on reliability and lifetime testing and dial down our consumer thirst for regular mind-blowing advances. When it comes to safety, we can’t have both (and sorry but ISO 26262, at least today, doesn’t address this problem).

10 Replies to “The Elephant in the Autonomous Car”