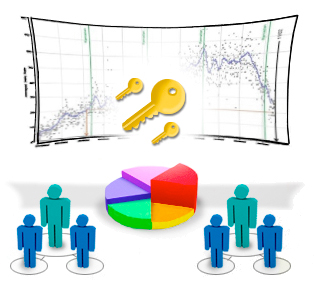 Do you need more servers? Do you need more licenses? If you are kicking off a verification run of 10,000 jobs on 1,000 server cores then you are short of 9000 cores and 9000 licenses, but you’d be insane to rush out with a purchase order just on that basis. Maybe verification isn’t even on the critical path for your design, in which case you may be better pulling some of those cores and re-allocating them to place and route or DRC. Or perhaps another 50 machines and another 50 licenses would make a huge difference to the overall schedule for your chip. How would you know?

When companies had a few machines, not shared corporate wide, and a comparatively small number of licenses, these questions were not too hard to get one’s head around, and even if you were out by a few percent the financial impact of an error would not be large. Now that companies have huge server farms and datacenters containing tens if not hundreds of thousands of servers, these are difficult questions to answer. And the stakes are higher. Computers are commoditized and cheap, but not when you are considering them in blocks of a thousand. A thousand simulation licenses is real money too, never mind a thousand place & route licenses.

The first problem is that you don’t necessarily have great data on what your current usage is of your EDA licenses. RunTime Design Automation’s LicenseMonitor is specifically designed for this first task, getting a grip on what is really going on. It pulls down data from the license servers used by your EDA software and can display it graphically, produce reports and generally give you insight into whether licenses are sitting unused and where you are tight and licenses are being denied or holding up jobs.

The second challenge is to decide what would happen if you had more resources (or, less likely, fewer, such as when cutting outdated servers from the mix). More servers. More software licenses. This is where RunTime’s second tool WorkloadAnalyzer comes into play. It can take a historical workload and simulate how it would behave under various configurations (obviously without needing to actually run all the jobs). Using a tool like this on a regular basis allows tuning of hardware and software resources.

And it is invaluable coming up to the time to re-negotiate licenses with your EDA vendors, allowing you to know what you need and to see where various financial tradeoffs will leave you.

In the past this would all have been done by intuition but this approach is much more scientific. The true power of the tool lies in its Sensitivity Analysis Directed Optimization capability. This tells you which licenses or machines to purchase (or cut), and by how much, given a specific budget, such that doing so would produce the greatest decrease (or smallest increase) in total wait time. Scenario Exploration allows one to see what is the impact of introducing 10 more licenses of a tool, or removing a group of old machines, or increasing company-defined user limits, etc 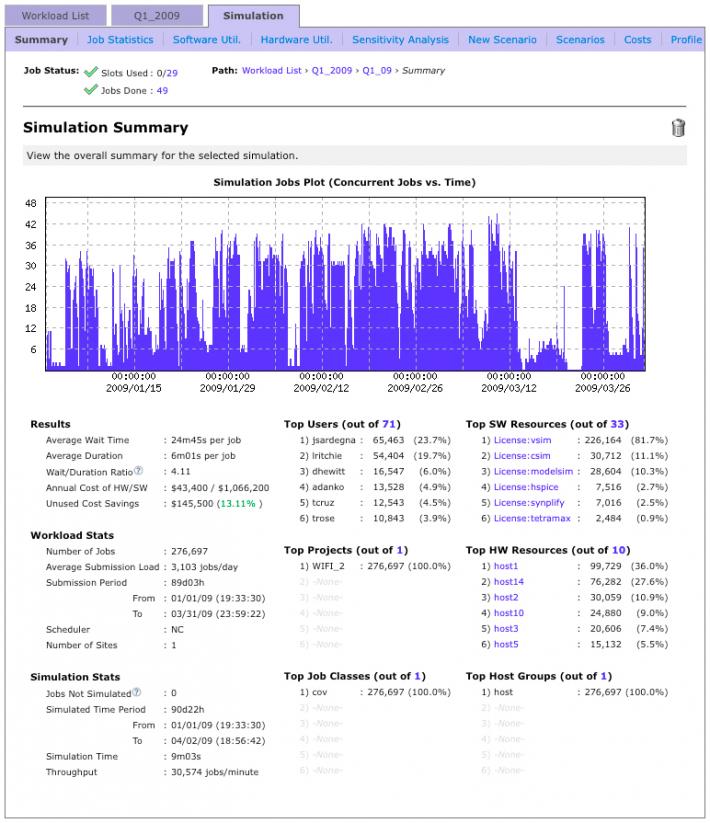