The GSA Awards Dinner is the semiconductor version of the Oscars. Lights, cameras, and there is certainly plenty of action. This year there were close to 1,500 people to celebrate the semiconductor industry and all of our accomplishments so it is a networker’s paradise. Quite a few people mentioned purchasing our new book and photos… Read More

We all have echoed the fact that the arrival of fabless business model in the semiconductor industry has transformed it completely. The book, “Fabless: The Transformation of the Semiconductor Industry” provides several stories around that. In the backdrop of that, one key point to ponder upon is the start of pure-play foundries;… Read More

Earlier this week at DAC, Javier DeLaCruz of eSilicon presented at the Samsung booth. They presented an introduction to what eSilicon does. However, since what they do has changed over the years it is useful to recap. If you know about eSilicon then you probably think of them as a fabless ASIC company. The old ASIC model back in the … Read More 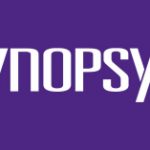