The simple and best definition of Blockchain technology is to think about it as electricity , you only see it’s applications but you understand how important it’s and know there are many applications and products that can run on it . But like any other technology it went through stages and evolved as it progressed and matured. We started… Read More

How Blockchain Is Revolutionizing Crowdfunding
by Ahmed Banafa on 06-13-2020 at 10:00 am
View Profile
View Forum Posts

According to experts, there are five key benefits of crowdfunding platforms: efficiency, reach, easier presentation, built-in PR and marketing, and near-immediate validation of concept, which explains why crowdfunding has become an extremely useful alternative to venture capital (VC), and has also allowed non-traditional… Read More

This is the fourth of a five part series

Many companies saw 2019 as a year when more and more regulations piled on to them. CEOs who were the legal representative for their company in China got increasingly nervous as legal teams updated them on their personal responsibility under new regulations. Unfortunately for them, 2020 will… Read More

Second Line of Defense for Cybersecurity: Blockchain
by Ahmed Banafa on 03-04-2018 at 7:00 am
View Profile
View Forum Posts

In the first part we covered AI as the first line of defense for cybersecurity, the goal was to keep the cyber-criminals at bay, but in case they managed to get-in and infiltrate the network we need to initiate the second line of defense; #Blockchain. With the fact that cybercrime and cyber security attacks hardly seem to be out of the… Read More 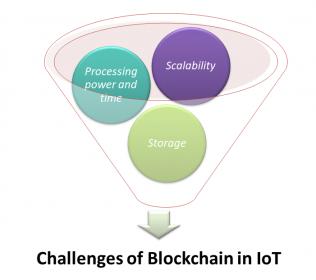 The Internet of Things (IoT) is an ecosystem of ever-increasing complexity; it’s the next wave of innovation that will humanize every object in our life, and it is the next level of automation for every object we use. IoT is bringing more and more things into the digital fold every day, which will likely make IoT a multi-trillion dollar… Read More