Register / Log In
Guests have limited access.
Join our community today!
You are currently viewing SemiWiki as a guest which gives you limited access to the site. To view blog comments and experience other SemiWiki features you must be a registered member. Registration is fast, simple, and absolutely free so please, join our community today!
TSMC ♥ UMC?
by Daniel Nenni on 03-18-2015 at 8:00 pm
View Profile
View Forum Posts

TSMC Bringing EUV Into Production
by Paul McLellan on 12-08-2014 at 7:00 am
View Profile
View Forum Posts

Now that the dust has started to settle on the GlobalFoundries acquisition of IBM’s semiconductor business it is possible to look into another level of detail about what GlobalFoundries will be acquiring in the way of technology and IP. Of course, the deal hasn’t formally closed yet so this won’t all happen … Read More 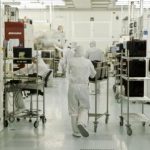 Today imec and Coventor announced a joint development project for 10nm and 7nm process development. Imec, which is in Leuven Belgium, is a partner with pretty much all the semiconductor companies that are planning work at these advanced nodes. It mostly does pre-competitive research and development. This type of research is … Read More

Yesterday I attended the IMEC Technology Forum at Semicon West. As always with IMEC, they present so much information it is like drinking from a firehose. I’ll say more about the future of process technology in a blog later this week, but this blog is about IMEC itself. It is an amazing success story. Let’s face it, if you were going … Read More

The Rosetta Stone of Lithography
by Paul McLellan on 11-20-2013 at 3:14 pm
View Profile
View Forum Posts 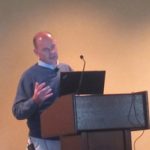 At major EDA events, CEDA (the IEEE council on EDA, I guess you already know what that bit stands for) hosts a lunch and presentation for attendees and others. This week was ICCAD and the speaker was Lars Liebmann of IBM on The Escalating Design Impact of Resolution-Challenged Lithography. Lars decided to give us a whirlwind tour … Read More