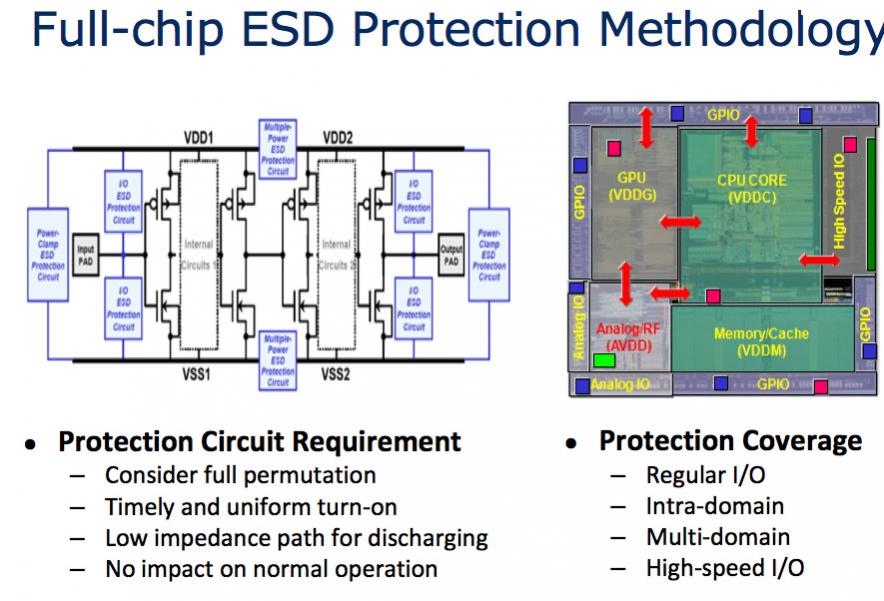 In Pune at the start of the month, Norman Chang, Ting-Sheng Ku, Jai Pollayil of Apache/Ansys and NVIDIA presented and ESD check methodologywith Fast Full-chip Static and Macro-level Dynamic Solutions . ESD stands for Elecro-Static Discharge and is basically injecting very high static voltages (think how your hand gets charged up sometimes when you touch a door handle) which can destroy a chip. This is done using three models which correspond to touching the chip with a finger (known as the Human Body Model or HBM), touching the chip with a machine such as manufacturing tester or an assembly machine known as the Machine Model or MM) and touching the chip with a tool such a tweezers or a screwdriver (known as the Charged Device Model or CDM). If the chip passes all these tests then it can survive test, assembly and shipping. And, after it has got to the consumer, the sort of abuse that people walking around on carpets or wearing silk shirts can give it. The human body model (HBM) has voltages in the KV range and the CDM has currents in the 10A range.

Here’s is one way that this is actually tested. Well, not really but there is an element of truth in it and it is very funny:

To avoid ESD destroying the chip, various protection structures are required that essentially route the charge away harmlessly so it doesn’t destroy the delicate gate-oxide in much the same way as a lightening protector does for a building (with much higher voltages). The challenge for a designer is that these structures must be verified before the chip tapes out. Finding out a chip doesn’t pass ESD tests after manufacture is a huge problem and will require a respin.

In days gone by, ESD protection was something required only in the I/O pads (so that they would defend the rest of the chip) but that no longer is sufficient and ESD cells are required in the core especially for flip-chip bumped chips where the I/Os are distributed across the die. This means that they need to be planned into the floorplan and taken acount of for their impact on other aspects of the design such as timing. Thinner oxides and reduced currents before metal interconnect acts like fuse-wire make this increasingly hard with each process generation. 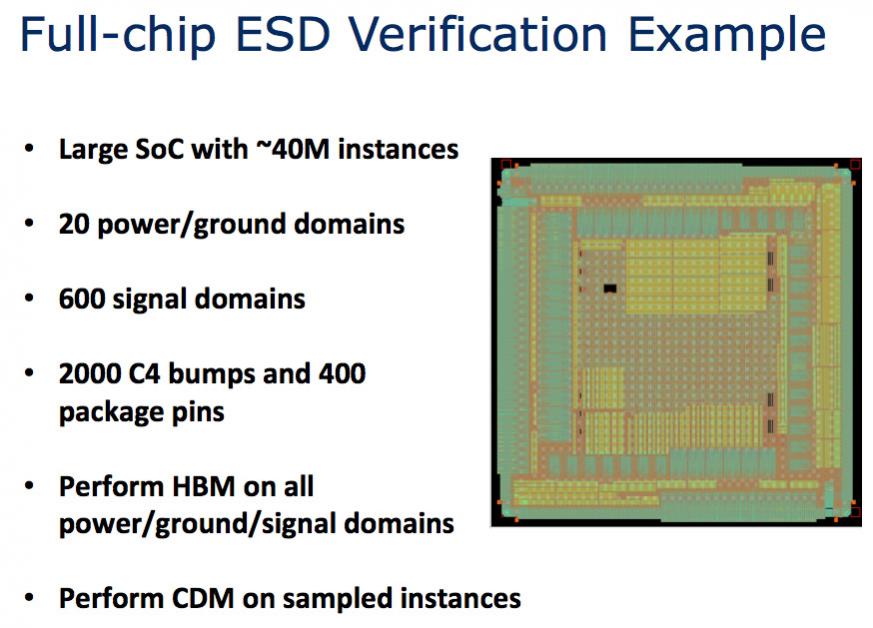 For static verification, performance and capacity are key in order to perform:

The dynamic verification must:

The slides from the entire presentation, including much more detail of both PathFinder and NVIDIA’s methodology are here.