Methods for Current Density and Point-to-point Resistance Calculations
by Daniel Payne on 05-26-2022 at 10:00 am
View Profile
View Forum Posts

As semiconductors move into the wafer-scale chip and chiplet era, there is increased focus on the power thermal and reliability area. One of the key aspects of reliability is ESD. While this phenomenon is understood at a higher-level, comprehending… Read More

In the past ESD sign-off has been accomplished by a combination of techniques. Often ESD experts are asked to look at a design and assess its ESD robustness based on experience gained from prior chips. Alternatively, designers are told to work with a set of rules given to them, again based on previous experience about what usually… Read More 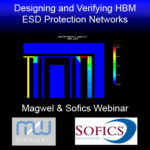 Verifying the Electrostatic Discharge (ESD) protection network on an IC can be challenging, and if it is not done correctly it can lead to failures on the tester, reduced product reliability or shortened field life. In this webinar you will learn how Magwel’s ESDi thoroughly analyzes all pad combinations in a design for comprehensive… Read More 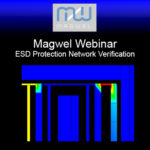 Walking across a carpet can generate up to 35,000 volts of static charge, which is tens of thousands of times higher than the operating voltages of most integrated circuits. When charge build up from static electricity is exposed to the pins of an IC, the electrostatic discharge (ESD) protection network on the chip is intended to… Read More

With many design teams still searching for an effective means of identifying Charged Device Model (CDM) issues early in the design process, it comes as no surprise that events on this topic generate a lot of interest and are well attended. In July Magwel’s CEO Dr. Dundar Dumlugol had the honor of being invited by Professor Ming-Dou… Read More

Failures during manufacturing and assembly or in the field caused by charged device model (CDM) type ESD events are a serious concern for IC design teams. CDM failures are generally caused by charge build-up on device packages, which capacitively charge large internet nets, such as GND or VSS. Once a device pin contacts a current… Read More 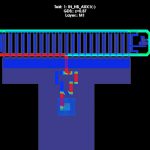