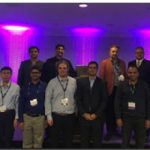 Greater demand for more data exchange within data centers is being driven by mobile computing and the Internet-of-Everything. In 2011, it was estimated that over 1 Zettabytes (ZB) of data was pushed through the internet. That’s 1×10[SUP]21[/SUP] bytes of data. And, that amount has been doubling every 3 years since. Given… Read More

Last week I talked to Marco Brambilla of Synapse Design. Synapse is a design services company headquartered in Silicon Valley. It was founded in 2003 by Satish Bagalkotkar and has been profitable since the beginning. Today it has over 700 people. In addition to the headquarters in Santa Clara, they have a software group in Colorado,… Read More

The headquarters of ST Microelectronics is officially in Switzerland, but in many ways the center of gravity is in the Grenoble area. You may have heard of Crolles where ST does process development, manufacturing and more, which is about ten miles north-east of the city. As a result, along with the CEA-LETI and Grenoble Institute… Read More

At the end of last month during ISSCC there was a forum organized by the SOI Consortium. It took place in San Francisco at the Palace Hotel (which, if you have never been there, is famous for converting its old entryway for carriages into an amazing dining room, and for a bar with a huge painting by Maxfield Parrish of the Pied Piper valued… Read More

Various foundries have made announcements about licensing FD-SOI technology from ST Microelectronics and then fallen quiet. GlobalFoundries made an announcement a couple of years ago. Samsung made an announcement just before DAC last year. But neither company has said anything much since. Of course the big noise at 14/16nm… Read More