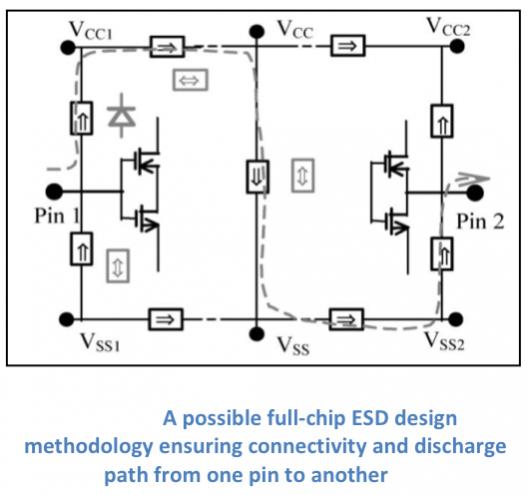 ESD has historically been a big problem analyzed with ad-hoc approaches. As explained earlier, this is no longer an adequate way to plan nor signoff ESD protection.

Pathfinder is the first full-chip comprehensive ESD planning and verification solution. It is targeted to address limitations in today’s methodologies. Using a full-chip modeling approach, it can verify that a design meets ESD guidelines and identify vulnerable areas of the design. It can report if current density exceeds limits for wires and vias. It works for both digital and analog circuits.

There are three different types of analysis.