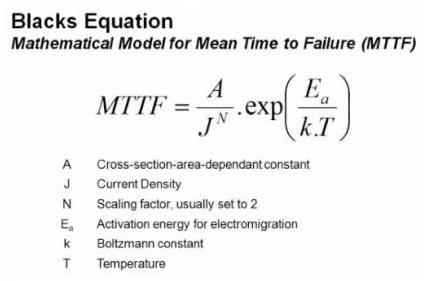 FinFET processes provide power, performance, and area benefits over planar technologies. Yet, a vexing problem aggravated by FinFET’s is the greater local device current density, which translates to an increased concern for signal and power rail metal electromigration reliability failures. There is a critical secondary effect, as well – the thermal profile of the FinFET influences the temperature of the metal interconnect neighborhood, which accelerates the EM failure rate probability.

At the recent TSMC OIP symposium, Ansys/Apache provided exceptional insights into the issue, and how their toolset assists designers with EM analysis at advanced nodes.

The “Self-heating effect”
Self-heating refers to the thermal energy originating at a current-carrying element. The local temperature rise depends upon the thermal dissipation path(s) away from the element. The model for thermal conduction uses an electrical equivalent – heat flows through a “thermal resistance”, which is characteristic of the materials surrounding the source.

FinFET self-heating has unique thermal resistances from the device channel. Unlike planar (non-SOI) devices, the thermal path through the substrate is constrained by the poor thermal conductivity of the dielectric at the base of the fin. As a result, a significant percentage of the device self-heat energy flows vertically and laterally to the MEOL metallization, with a delta_T increase in the metals.

The EM induced failure rates – i.e., the “mean time to fail” probability – due to the average current density in a metal wire is typically represented by Black’s equation:

Note the exponential dependence on temperature in this model. The delta_T in a wire above the local die temperature due to heat transfer and resistive self-heating requires a sophisticated thermal resistance model and power dissipation analysis, which Ansys has developed and qualified with TSMC.

Ansys flow for enhanced EM analysis
Ansys is an industry leader in electromigration analysis (RedHawk, Totem), and in thermal modeling and analysis of the chip-package-system environment (RedHawk, Sentinel-TI, Icepak). The on-chip extraction features of this toolset have been enhanced to support multi-patterning decomposition “color aware” metal biasing of TSMC’s advanced FinFET nodes. To address the requirements for delta_T in electromigration analysis, new tool capabilities have been added, and a new flow qualified.

There are a number of different methods used to determine an electromigration-based chip reliability estimate. The most direct approach is:

For example, when deriving the J_average limit, assume the MEOL wire temperature is equal to Tj_max plus a small delta_T due to the wire’s intrinsic J_rms self-heating – e.g., 105 degrees C. + 5 degrees delta. The J_average limit may actually be a set of tables using the interconnect width and length. Electromigration current density limits are a function of the metallurgy of the materials – e.g., metal grain size versus width – and are greatly reduced for short length segments (below the “Blech length”). 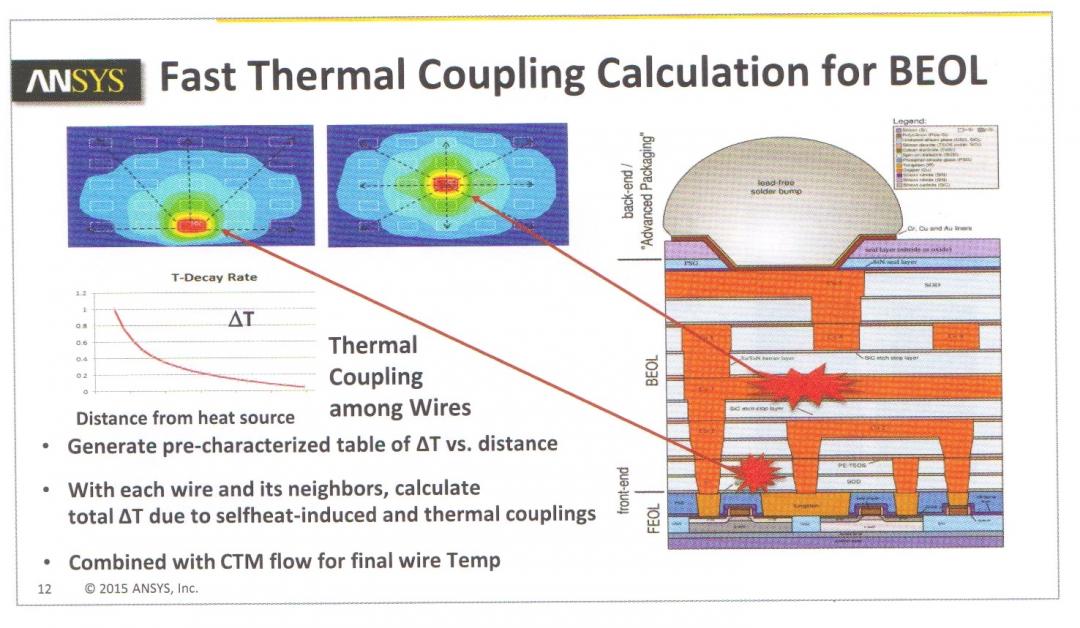 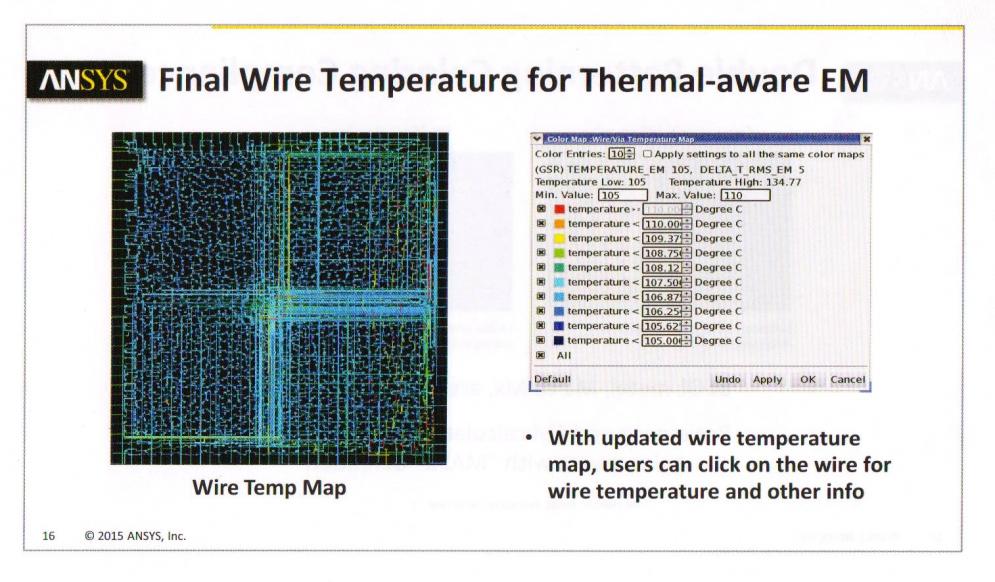 Ansys has enhanced their tools and flows to address a key reliability issue in FinFET technologies – the potential for significant delta_T on interconnects/vias due to thermal coupling, and the resulting acceleration of electromigration reliability failures.

This is a good example of the benefits of the “early” EDA vendor partnership with TSMC that Cliff Hou highlighted during his OIP keynote presentation.